Why would the Fed cut interest rates a 3rd time in a row even as stocks near records? Investors may soon find out 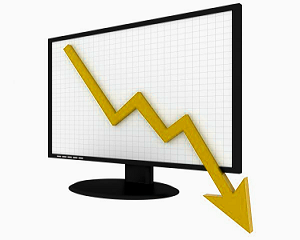 Is three the magic number for Wall Street? We’ll soon find out. Only a few think that Jerome Powell & Co. will not cut interest rates next week for a third time in as many gatherings of the rate-setting Federal Open Market Committee.

Market-based probabilities imply a 93.5% chance of a quarter-of-a-percentage-point rate reduction to a 1.50%-1.75% range from the current 1.75%-2%, following the two-day Oct. 29-30 meeting, according to CME Group based on federal-funds futures.

“It’s important to the market that the Fed cuts rates next week because it is so widely expected – e.g. over 90% probability of a rate cut is implied by the Fed-funds futures at this point,” Chris Zaccarelli, Chief Investment Officer at Independent Advisor Alliance, told MarketWatch in emailed comments on Friday.

However, disappointment from the Fed isn’t outside the realm of possibility, despite the lofty expectations for a third cut on Wednesday, particularly as the S&P 500 index finished Monday’s trade at a record high, while the Dow Jones Industrial Average and the Nasdaq Composite Index weren’t too far from their peaks.

Moreover, consensus for back-to-back-to-back rate cuts seems far from assured from a Fed that revealed its deepest divide since 2016, with Boston Fed President Eric Rosengren and Kansas City Fed President Esther George preferring to leave rates unchanged, among three members dissenting at last month’s policy meeting. And a handful of the members who opted to cut last month communicated that they weren’t eager for another reduction.

This current round of monetary-policy easing was described as a mid-cycle adjustment by Fed Chairman Powell earlier this year, a strategy that has been implemented in the past to preempt slowdowns and this time is being used to combat the negative effects of a nasty China-U. S. trade conflict.

Experts say that a third cut matches the definition of a mid-cycle shift and could be justified as further insurance as a recession that appears to be emerging in Europe is creeping up on the U.S.

Keith Lerner, chief market strategist at SunTrust Advisory Services, pointed to a trio of rate cuts in 1995 and 1998 as parallels for the current monetary tactic.

“Actually, both 1995 (which Powell has often talked about in a favorable light) and 1998 both saw three 25 basis point rate cuts and then the Fed stopped; these are both largely looked at as mid-cycle adjustments or for insurance reasons, especially 1995,” the SunTrust strategist said.

Lerner added: “To your point about the division within the FOMC, Powell is likely not going to want to put the Fed in a box.”

“I suspect he will discuss that the Fed has cut rates to support the economy and now the Fed will watch the data and he may focus on the term ‘data dependent.’ Monetary policy works with a lag and some of the recent cuts are still working their way into the economy,” he explained.

Still, a failure to deliver a cut won’t be met kindly by investors.

“If the Fed were to disappoint the markets by not cutting next week, I think we could see a pullback of anywhere from 3-5%, but it all depends on how the Fed communicates their decision,” IAA’s Zaccarelli said.

To be sure, signs of softness (and outright weakness) swirling around in the U.S. economy abound.

Indeed, a decline in orders for long-lasting goods over the past 12 months steepened to 5.4%, representing the biggest yearly drop-off since the middle of 2016, and reflecting a broadening decline in manufacturing activity.

Given that, the Oxford economists believe that the Fed won’t resist a desire to cut rates despite growing worries about bubbles forming in other parts of financial markets.

“Despite some hints from Fed officials that it may be time to contemplate a rate cut pause, we believe the FOMC leadership retains its easing bias and remains attune to the risk of an unwanted tightening in financial conditions,” they said.

Jobs, jobs, jobs…and a flood of other data

It isn’t just about the Fed next week either. Arguably, an even more significant update will be the Friday jobs report that will roll out on Nov. 1. Economists are expecting that 93,000 jobs created in October, versus a disappointing 136,000 increase in September, reflecting payroll growth and the impact of strikes at General Motors Co. GM, +5.38%, according to Econoday data. Consensus estimates place the unemployment rate at 3.6%, up from 3.5% last month.