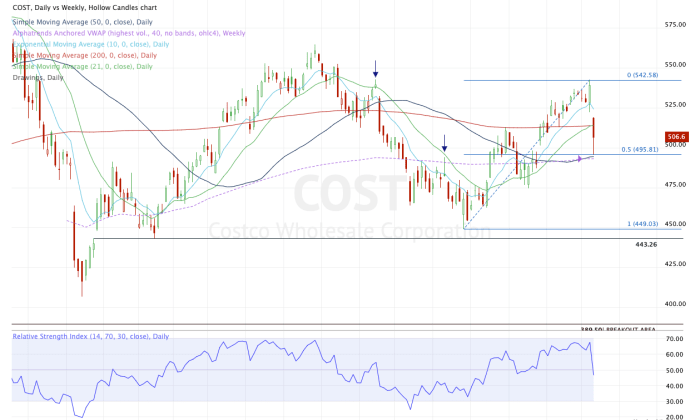 Costco Stock Holds Major Support on the Dip. Now What?

-- At one point, Costco stock was down 8% on the day. After the stock held a key support area, here's what may be next. -- By Bret Kenwell, TheStreet.com Shares of Costco (COST) were getting hit, down 8.1% at Thursday's low and off 6.6% at last check. The moves came after disappointing November sales data. Specifically, November sales rose 5.7% year over year to $19.17 billion. That growth rate was slower than the 10.1% and 7.7% increases in September and October, respectively. Further, today's decline comes after Costco stock rallied roughly 2% on Wednesday and hit its highest level since September. When we look at the chart, the shares were trading quite well until today. Costco stock was trading above all of its major daily moving averages while riding its 10-day moving average higher. But it also comes on a day where other retail stocks are under pressure, like… more 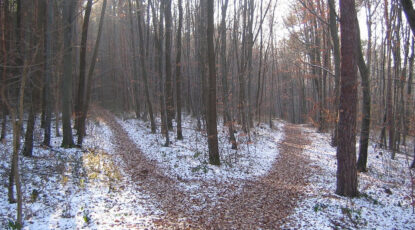 Friday Is a Make-or-Break Moment For the Market

Stocks dished out a less-than-thrilling performance on Wednesday. But, Wednesday's rally was so strong that Thursday's lethargy doesn't really matter. Most of the major indices are already up and over key technical hurdles; one more good "umph" on Friday could seal the deal for this budding rally. Take the daily chart of the S&P 500 as an example. While it's... more 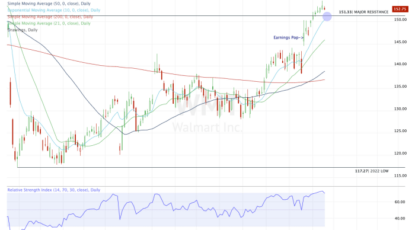 Buy the Dips in Walmart Stock: Here's Why.

— Walmart stock is in a bull trend and making six-month highs. Here's where to buy the dip. — By Bret Kenwell, TheStreet.com Too many investors remain focused on bitcoin, growth stocks and FAANG. While they play an important role in the stock market, they don't play the only role. Entire groups continue to trade well. Energy is one, while... more 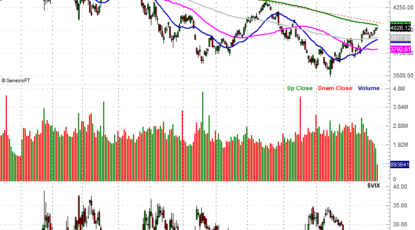 It was the usual lethargic Thanksgiving week, with most investors taking some extra time off. But, what little action we got was more bullish than not. The S&P 500 advanced 1.5% last week; other indices also made gains. In most cases, however, those gains weren't quite enough to get them firmly up and over their current technical ceilings. We'll look... more 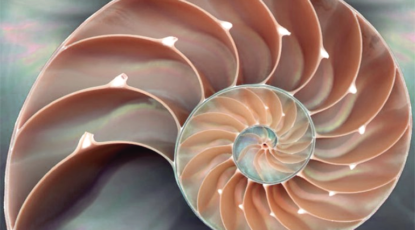 Happy Fibonacci Day! While it's not a federally recognized holiday, it's something worth noting all the same even if you don't get the day off. Of course, the $61.8K question many of you are asking now is, what's a Fibonacci? It's not a what as much as it is a who. It's a reference back to Leonardo Fibonacci — a... more 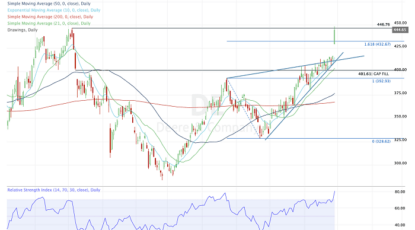 — Deere stock is hitting all-time highs after a strong earnings report. Here's how to trade it from here. — By Bret Kenwell, TheStreet.com Shares of Deere (DE) at last check were up more than 5% and were hitting all-time highs on the day after the agricultural-equipment giant reported earnings. The better-than-expected results are giving investors confidence to bid up... more 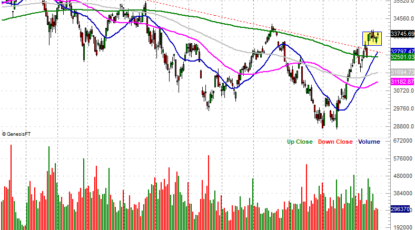 Weekly Market Outlook - Despite the Dip, The Recovery Remains Intact

The market ended last week in the red. But, the loss was small… small enough to not sweat. None of the indices lost enough ground to say they'd reversed course from the rebound rally put into motion six weeks ago. In fact, in some ways the recovery move was confirmed despite the dip… a slight ebb that could have been... more