What Recessionary Pressure? August Jobs Report Couldn’t Be Much Better 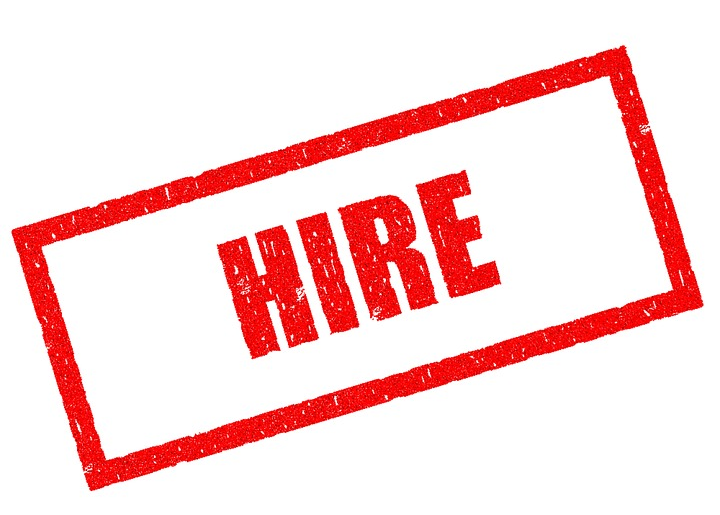 As is usually the case, the media glossed over the best parts of the monthly employment report on Friday, and focused the most misleading and meaningless piece of the puzzle. The employment aspect of the economic backdrop is about as rock-solid as any investors has a right to expect.

Yes, August’s payroll growth was a modest and disappointing 130,000, falling short of the expected 160,000. But, two footnotes are merited. One is, the unemployment rate didn’t budge from 3.7%, and the other is, the August payroll growth report (for whatever reason) is one that undergoes some rather dramatic revisions down the road. 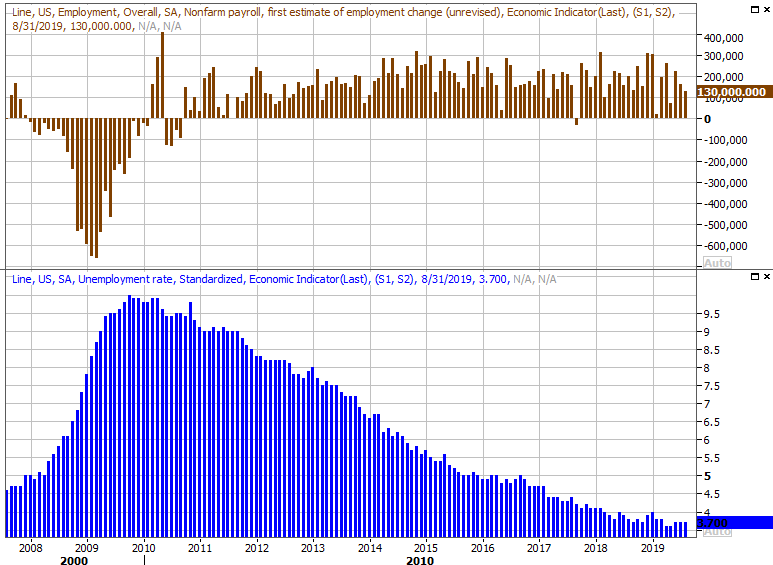 Regardless, the reason the seeming setback isn’t a setback at all lies in the other data not well reviewed by most financial media. The jobs picture is quite strong, with a record number of people now with a job, in tandem with a slight dip in the number of individuals officially counted as being unemployed. Those numbers are now 157.9 million and 6.04 million, respectively. 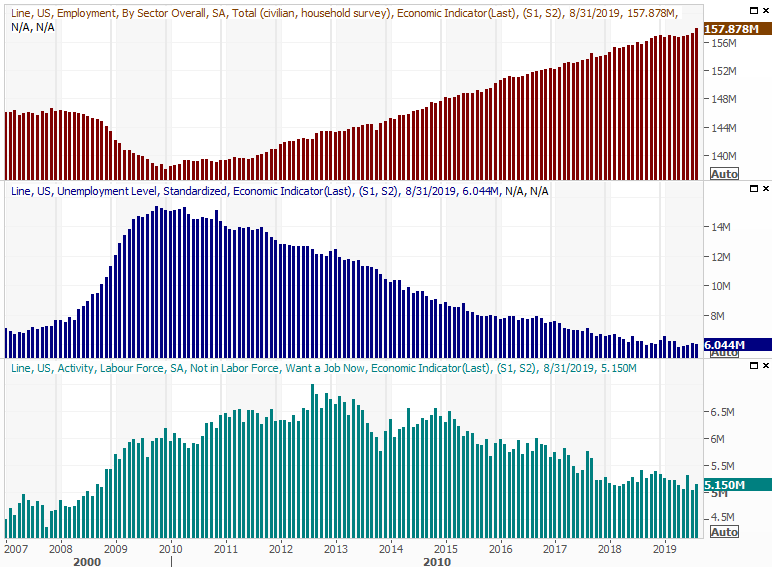 The real victory and reassurance backing last month’s seemingly healthy jobs data, however, is in the participation rates. The portion of the U.S. population now in the workforce surged back to 63.2%, mirroring the levels seen at the beginning of the year when it reached multi-year highs. Meanwhile, the portion of the population actively working a job shot up to 60.9%. That’s the best numbers since 2009, when the figure was falling thanks to the subprime meltdown. 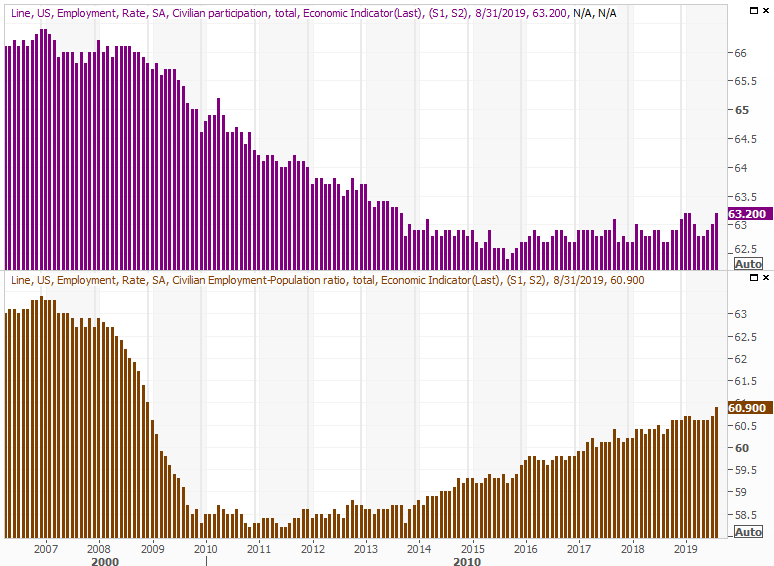 The image below isn’t updated through August’s data yet, but even through July – even with July’s lull – hourly earnings are on the rise. Just as important, that hourly-pay improvement isn’t being offset by a major dip in the number of hours worked per week. In fact, the length of the average workweek moved back up the closer-to-the-norm 34.4 hours. 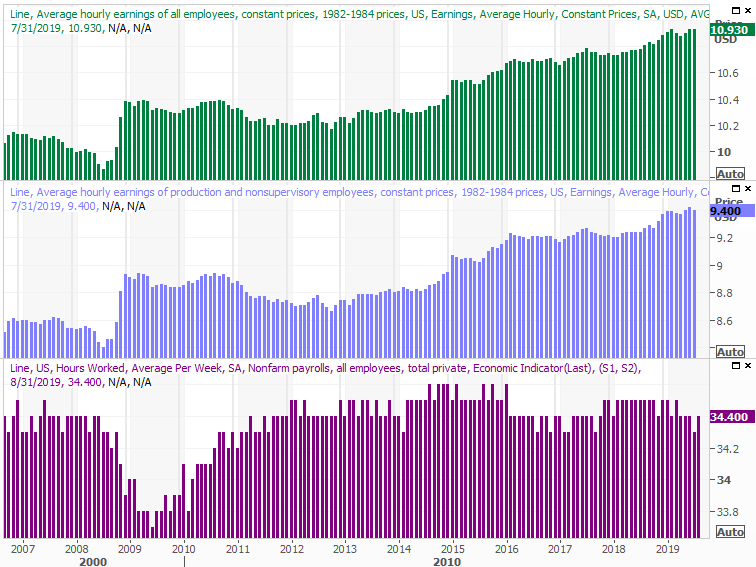 That said, though the chart isn’t updated yet, the data was posted on Friday morning. On a year-over-year basis, hourly pay was up 3.2% for August, growing more than it did in June and July. That will push the bars on the graphic deeper into multi-year high territory.

Some coverage of the data’s release attempted to put a negative spin, or at least a not-so-great spin, on the report. That was a mostly-political effort though, largely intended to cast a shadow on the current Presidency. From an unbiased, realistic viewpoint, there’s not much that could have made the August jobs report any better. The one key reason payroll growth was so modest is that employers are struggling to find enough qualified workers to fill openings.

Though not plotted on any chart above, the JOLTS report (job openings and labor turnover survey) through June, there were still fewer unemployed people than official job openings. Things have been that way since the middle of last year, probably at their maximum possible differential, and no change appears imminent. The total number of openings near 7.4 million is a little less than the peak around 7.6 million hit in the middle of last year, but they’re still sky high. Indeed, the fact that the number of people voluntarily quitting remains at record levels as well.

It all calls into question the foundation of suggestions that a recession is imminent. The data and charts above do the same.

On balance, we have to grade the August jobs report with an A-. We could have given it a solid A, if pay were so good and prospects were so enticing that more than the 130,000 people who actually took a job had done so.