Weekly Market Outlook - THAT Was (Probably) the Knockout Punch 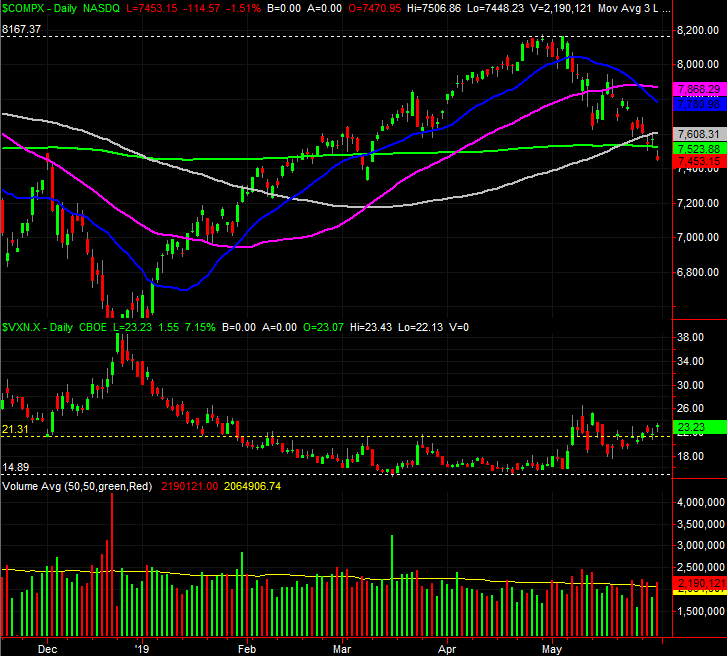 For a short while last week, it looked like the market might sidestep a correction and rekindle the uptrend that was so impressive through the first four months of the year. But, no dice. Spurred by word that a new round of tariffs would be placed on imports from Mexico, the already-fragile market broke below a key line in the sand.

The bulls might get a chance to stop the bleeding and rekindle the uptrend. But, given the time of year and sheer scope of the recent rally, Friday's setback could be interpreted as the proverbial last straw. Stocks may have to go through a big dip before it can start to climb again.

Finding the pivot, of course, is the key.

A week ago we mentioned that March's home pricing data could bolster a fading housing market. That's didn't happen. Though prices continue to rise, they're rising at the slowest pace we've seen in years. The Case-Shiller Index only improved 2.7% year-over-year, while the FHFA Housing Price Index was only up 0.1%. Both fell short of expectations. 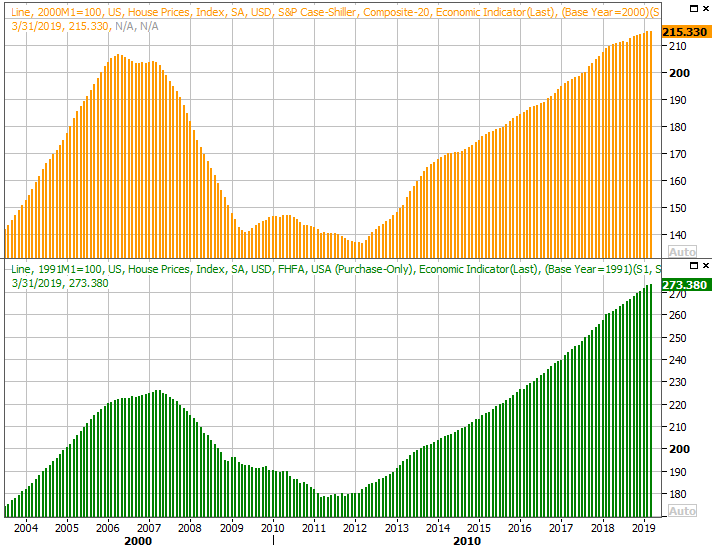 It's not necessarily the end of the world. Home values are well into record-level territory, and sales volumes are... ok. Still, each slower step forward is one step closer to backward.

The flipside: Even though many of their homes aren't gaining in value like they were just a year ago (and despite plenty of dire headlines), consumers like what they see, and like how they feel. The Conference Board's consumer confidence score jumped to 134.1 last month, while the Michigan Sentiment Survey's reading of 100.0 puts that measure within reach of multi-year record highs. 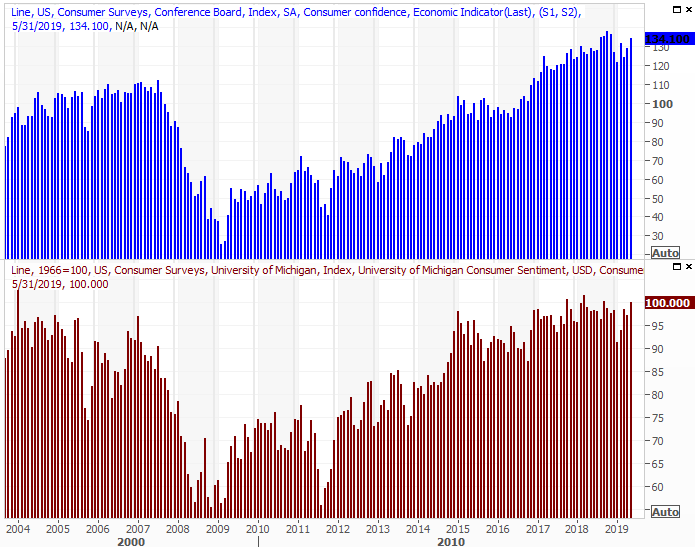 Don't take lightly the fact that sentiment remains strong even when it's "not supposed to be." How consumers feel dictates how they spend.

Finally, last week we heard the second (of three) estimates of Q1's GDP growth. It was dialed back from the previous estimate of 3.2%, but not much. Economists think 3.1% is a more accurate figure. That's still impressive, and recession-defying for a quarter that, earnings-wise, wasn't exactly thrilling. 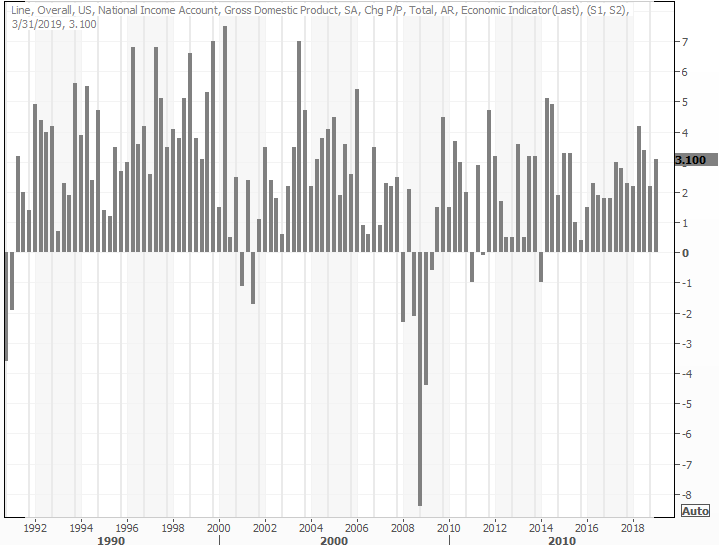 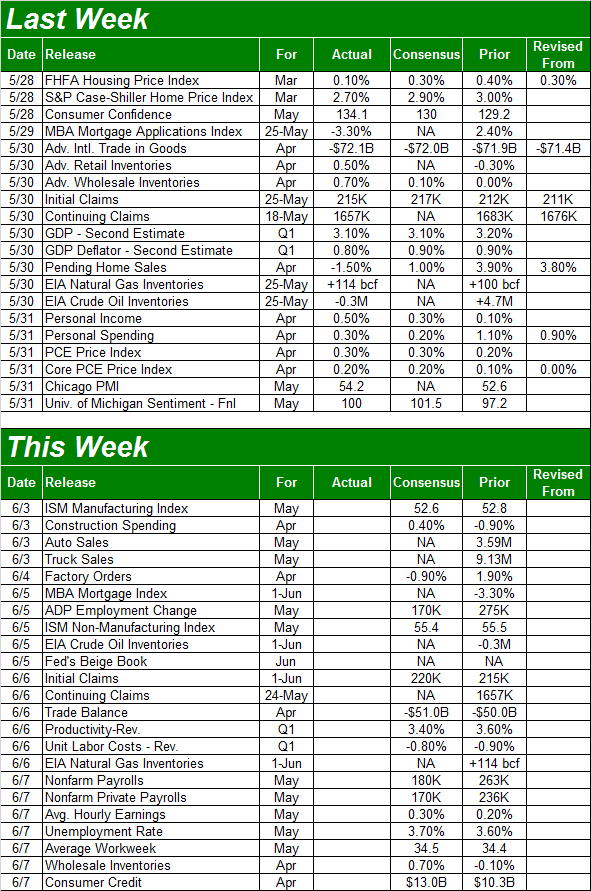 This week is going to be even busier, ending with the climax of May's jobs report on Friday. But, there's a lot of potentially market-moving stuff in the lineup between here and there.

That party gets started on Monday with last month's ISM Manufacturing Index report, to be followed on Wednesday by the services version of the same. Economists are looking for slight lulls from both, though each remains above that crucial 50 level. 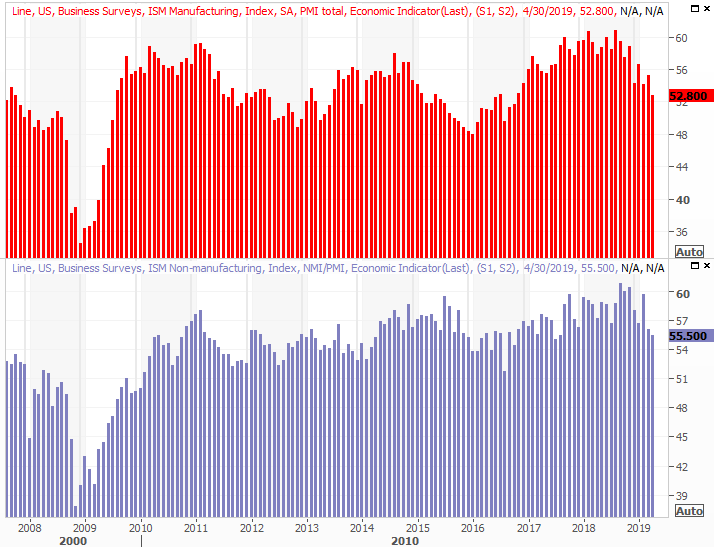 Still, there's no denying both readings are in bigger-picture downtrends.

Also on Monday (though we won't get the fully-tabulated data until after Monday) automakers will be announcing May's sales totals. This has been something of a sore spot for a while, particularly since truck sales leveled off in recent months. We need a win here, but it's not clear this is the month we'll get it. 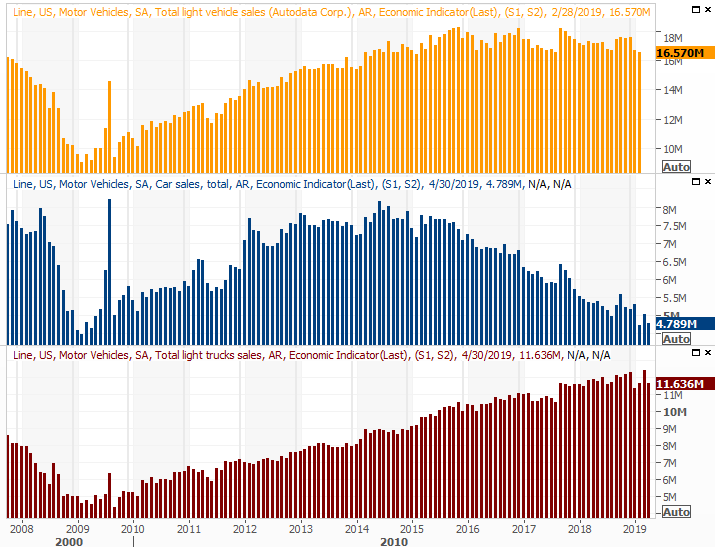 The biggie for this week, of course, is going to be a look at last month's jobs picture. 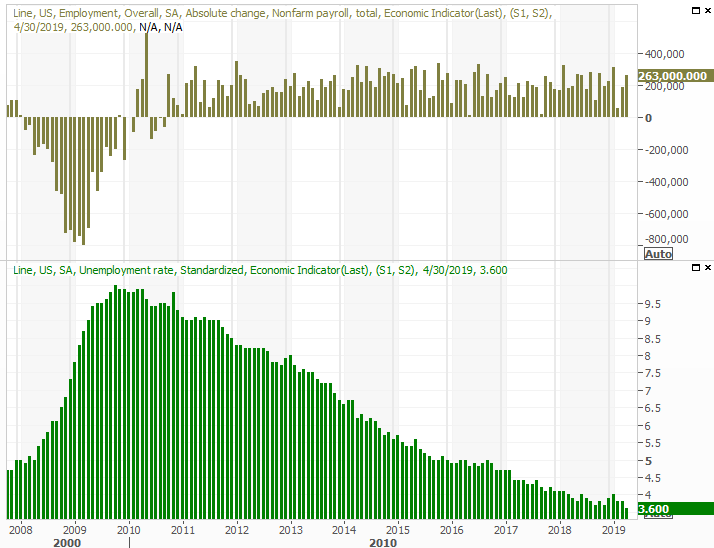 As always, we'll take a deeper look at ALL the jobs and employment data at the site. The superficial numbers touted by the media are only a small piece of the picture.

The most bullish aspect about last week's action? Friday's bearish gap, which might - MIGHT - set the stage for a rebound this week. That is, the effort to fill in the gap may inadvertently start a new bullish move, which might get traction. It seems like investors are willing to entertain bullish possibilities.

On the other hand, that's not the 'best' bullish argument you want to be able to make, particularly after both of the key indices breaks below a pivotal long-term moving average as they did last week.

That makes what happens this week very important, though we should warn you to not over-react to the action right out of the gate. There's (too good of) a chance the first lunge is going to be a fakeout, ultimately leading into a move in the other direction. In other words, early bearishness this week could soon put a big bottom and upside move in place. Conversely, a little bit of bullishness early this week may be a setup for an even bigger move to even lower lows. We're in that sort of distrusting, "please prove me wrong" environment.

Take a look at the daily chart of the S&P 500 below. On Wednesday and Thursday, it looked like the 200-day moving average line (green) was going to hold up as support and fuel a rebound. As of Friday, it clearly didn't. 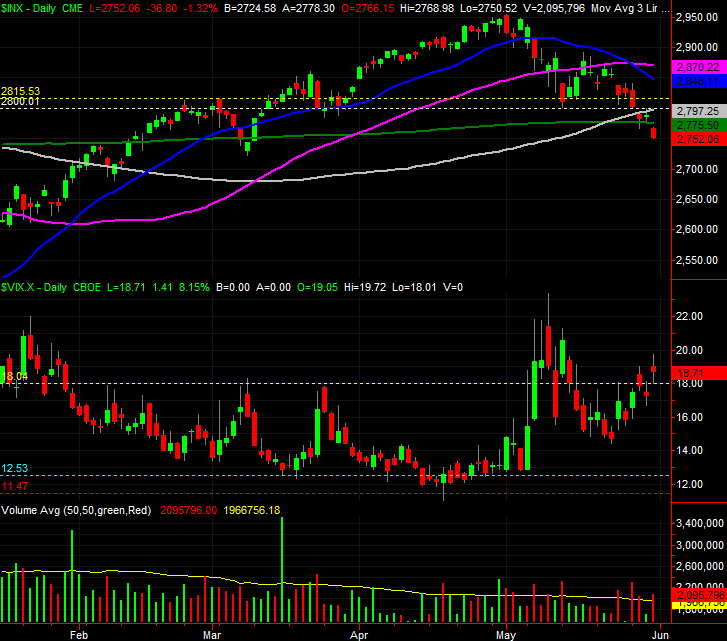 Also note that of the past six trading days, the four most bearish ones were also the highest volume days. The two decent ones were on poor volume.

Zooming out to the daily chart of the S&P 500 puts things in perspective for us. This current setback looks an awful lot like the one from October, though hasn't yet traveled as far. The image also shows the VIX has yet to make its way back to the 30-ish area that usually coincides with a major bottom, but it has punched through a more interim ceiling right around 18.7. 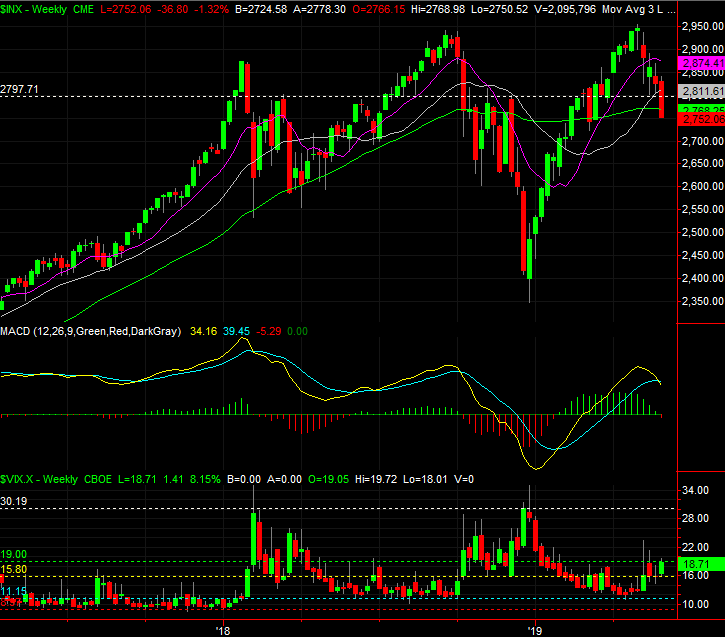 All the same basic themes apply to the NASDAQ Composite. That is, the 200-day line here has been busted as well. Now we're going to see if the bulls completely fold, or are ready to push back...

... though it might take a couple of days for that dust to fully settle and for both sides to make a decision they can live with.

If instead the S&P 500 plummets early this week, that may quickly be interpreted as too much, too fast, leading into a dead-cat bounce. How far such a bounce takes the index will depend, but in all cases, the 100-day moving average lines currently at 2811.6 is the line in the sand.

Whatever and whenever it happens, a VIX surge to near 30 should coincide with a major bottom.