One record-breaking stock can rally another 140%, chart suggests 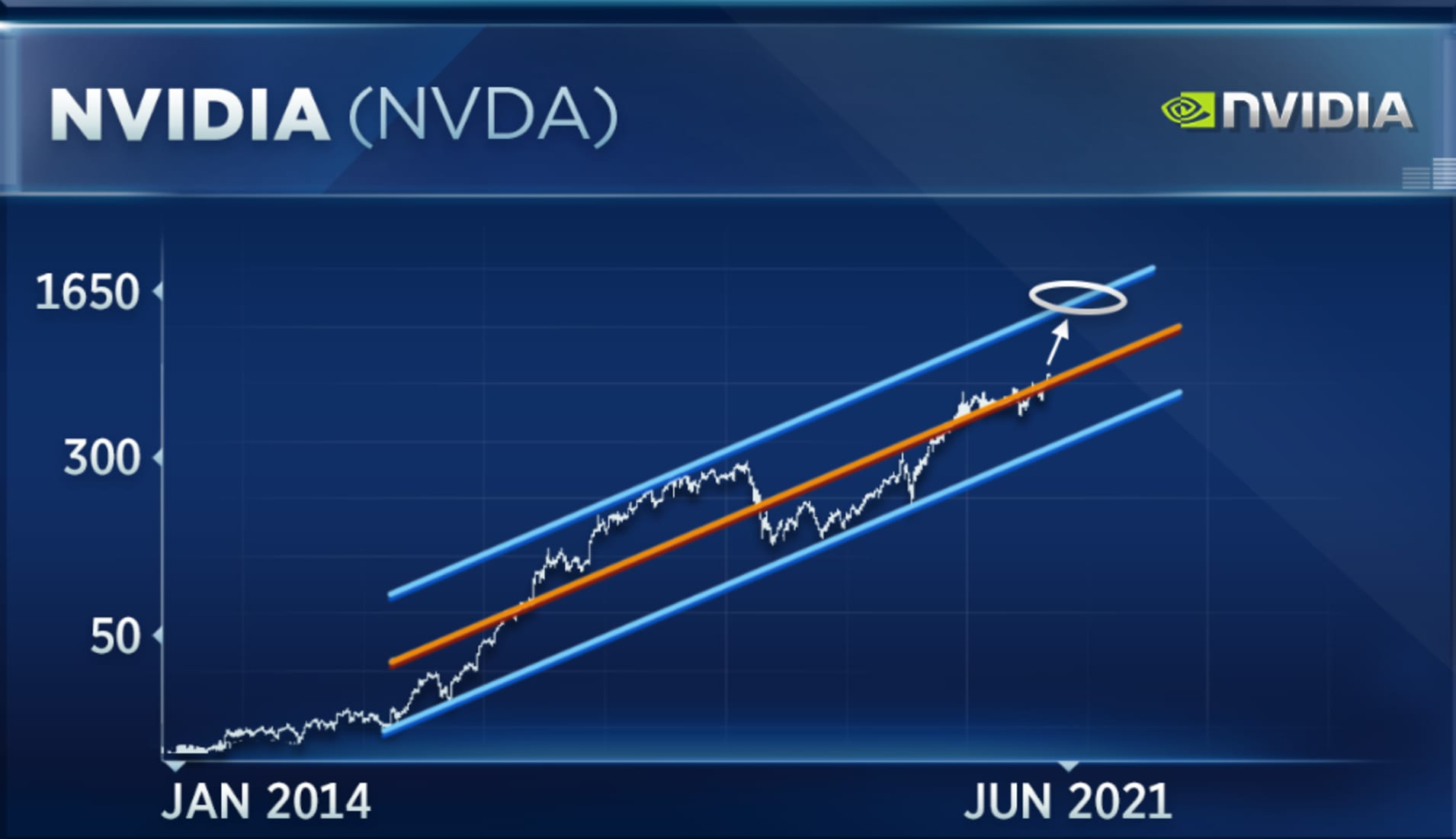 The S&P 500 came frustratingly close to a record high but failed to cross that hurdle.

Todd Gordon, founder of TradingAnalysis.com, told CNBC on Wednesday that one of those stocks should continue its hot streak on the back of a rotatioStock Tagsn back into technology.

"You're seeing a rotation back into the large-, medium-cap growth relative to value, ... and Nvidia is the play. This is obviously the largest GPU and AI play out there," Gordon said on "Trading Nation."

"We've been in a massive uptrend since 2015. We don't show resistance until about $,1650. Nvidia is the second largest holding stock in my portfolio, behind Apple," said Gordon.

Nvidia would need to climb more than 137% to reach Gordon's target. He said there's still opportunity to buy the stock in any near-term dip.

Delano Saporu, founder of New Street Advisors, has his eye on a different record-breaking stock.

"I really like ADP here," Saporu said during the same interview. "Their highest margin business, their employer services segment, that's going to have a lot of tailwinds with our expanding economy. We're back on the mend. These are things that benefit well for the ... business."

ADP's employer services business makes up 69% of total revenue. Overall sales are expected to increase by 9% for its June-ended quarter, according to analysts surveyed by FactSet.

"They're returning money and rewarding shareholders with $1 billion in share repurchases. They also had about $1.5 billion in dividends. This is a company that I really think is strong," said Saporu.