July Jobs Report Couldn’t Have Been Any More Perfect 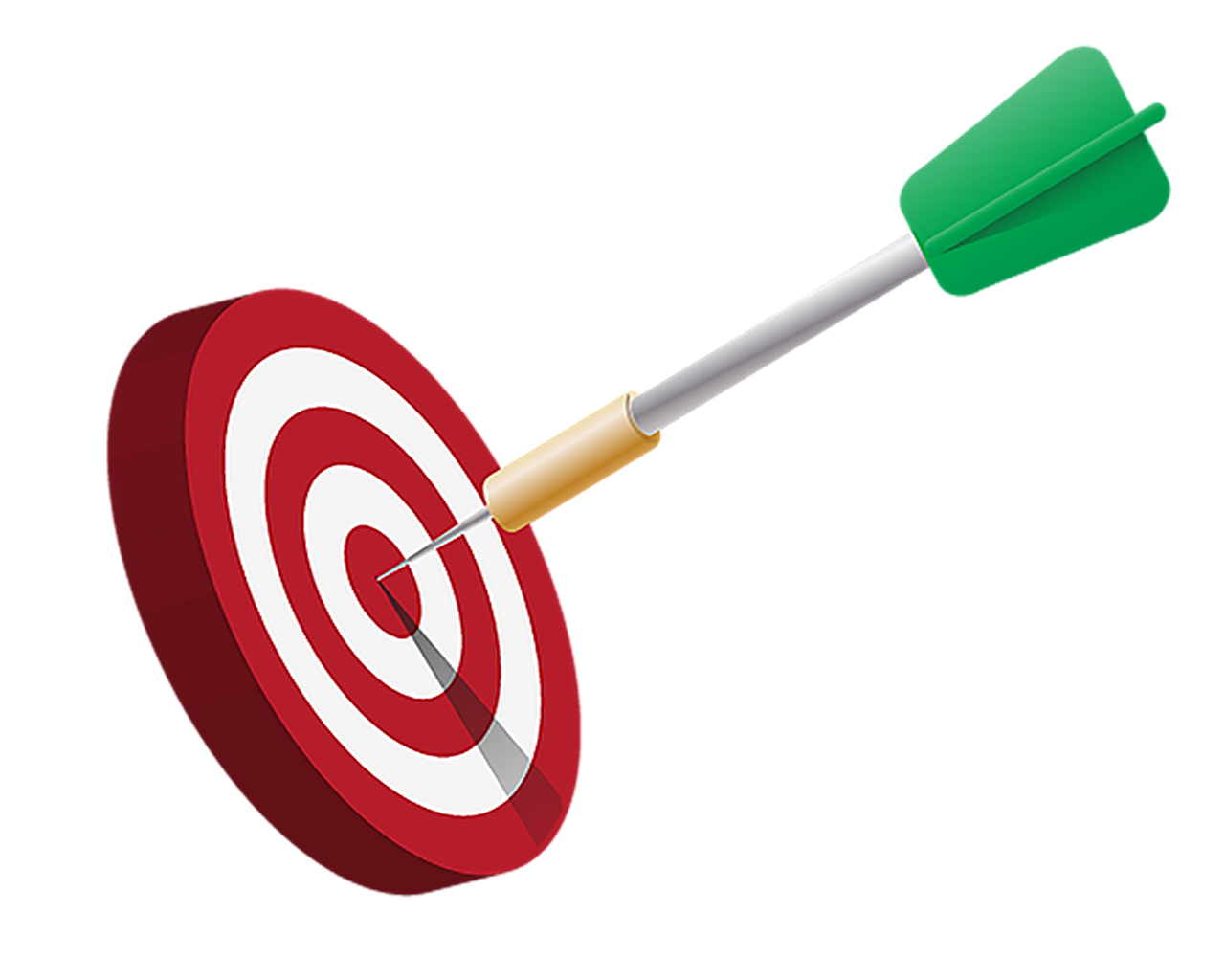 Another good month on the jobs front. Though the United States didn’t add the 165,000 payrolls economists were expecting, the 164,000 they got was close enough. The unemployment rate remained unchanged at 3.7%. 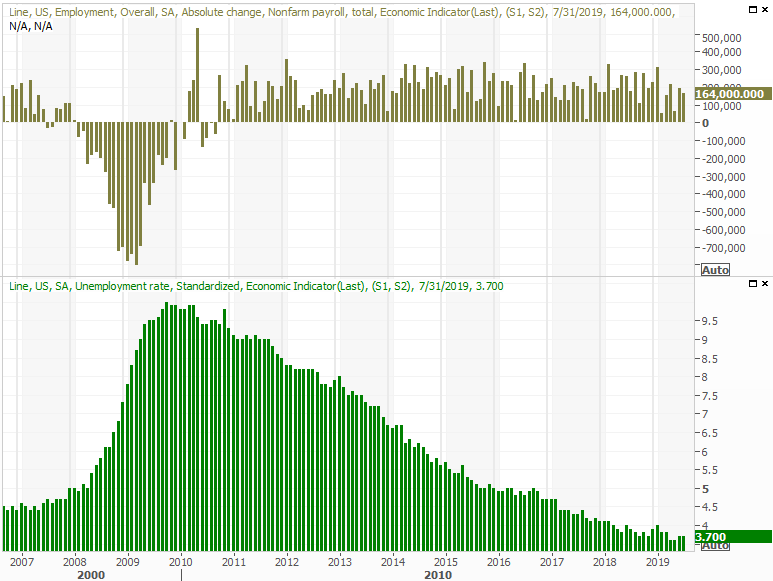 It was a good report for the country through July, calling into question doubts about the strength of the economy. Although it didn’t stave off a marketwide selloff that was driven first by a seemingly hesitant rate cut on Wednesday, and then Trump-stoked fears of more tariffs on Thursday, it does jibe with a surprisingly strong first look at last quarter GDP. The initial estimate is that it grew at 2.1% last quarter, mostly quelling concerns that tariffs were setting the stage for a recession.

The job-growth figure was slower than June’s and seemingly extends a clear deceleration in the number of payrolls the country is adding every month. But, it’s completely arguable that the slowdown is related to the fact that most everyone who wanted a job already had one. Now, many workers are able to switch jobs for a better, and better-paying, opportunity.

Underscoring that idea is another increase in pay rates.

The graphic below plots average hourly pay for a couple of different stratifications; the bottom is the number of hours worked, per week, on average through July. The hourly pay data is only through June, though decidedly up in June. July’s wages were up 3.2% on a year-over-year basis, which will extend the uptrend once the data is added. Pay rates are now decidedly into record territory, and once again outpacing inflation. 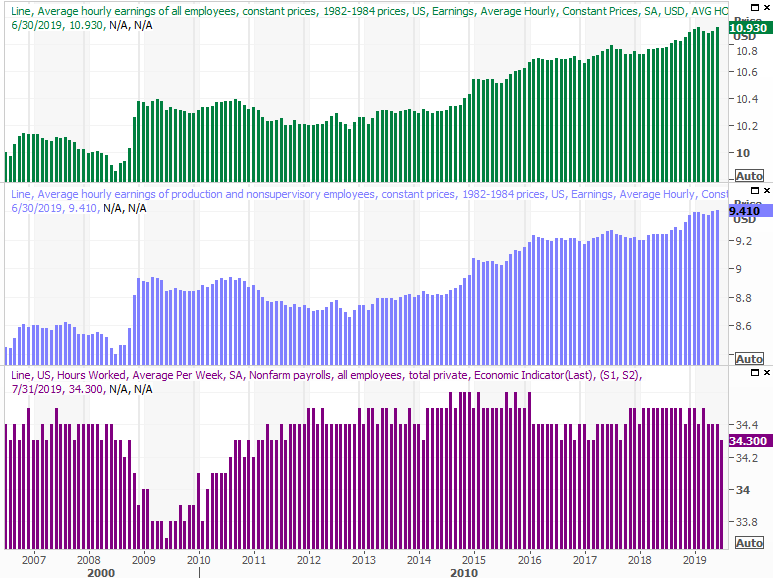 The slight ebb in the length of the average workweek isn’t a concern. In many cases, employees are looking to work a little less and enjoy more recreational time.

And yet, neither the pay-rate data nor the job-growth numbers are the most impressive piece of July’s jobs report. Truly inspirational is the fact that a record-breaking number of 157.3 million people in the U.S. now have jobs, sending the ‘not in the labor force but wanting a job’ cohort down to 5.04 million. June’s burst to 5.32 million for that figure looks like an aberration. The number of officially unemployed people ticked a little higher, to 6.06 million, but remains near multi-year lows.

That ever-improving tide became evident once again in the proportion of people in the labor force, and the proportion of the population that is gainfully employed. Namely, the participation rate pushed higher for a second month in a row – to 63.0% -- and the employment/population ratio advanced back to a multi-year peak of 60.7% reached early in the year. [The difference of 2.3% is where the officially-unemployed 6.06 million people come from, or 3.7% of the total number of people in the labor participant pool.] 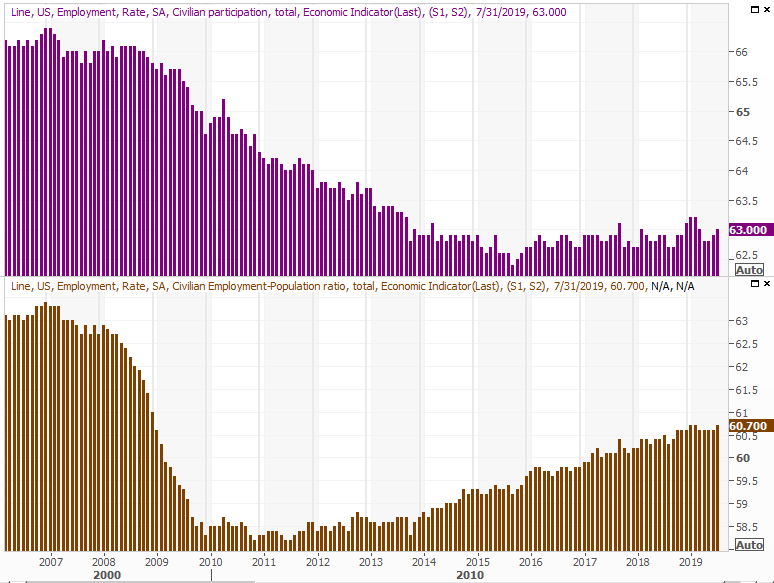 There’s nothing not to like given the numbers. The job market is anything but too cold, but it’s not too hot either, which would otherwise drive inflation to a point where it created a recession-causing meltdown. This is that sweet spot somewhere in between.

We’ll grade the July jobs report with an A… not even an A-. There’s nothing else that would have made it any better. We even considered giving it extra credit for thriving in an environment where the GDP was seemingly lethargic.