Friday Could Be a Game-Changer for the Market 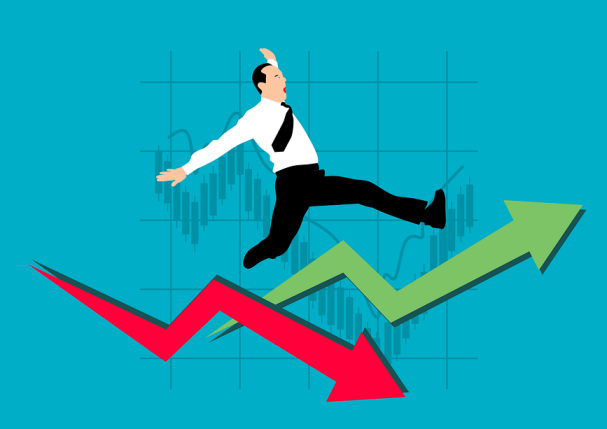 Normally we'd wait until the weekend's Weekly Market Outlook to take a look like this one. And, we'll be sure to take an updated look at this when the next one is published in a couple of days. There's too much to think about on Friday following Thursday's action, however, to not point it out before Friday's trading begins.

Simply put, a decent showing from the bulls on Friday could get stocks up and over a major technical hump.

We've already cleared one... or two, actually. Namely, the S&P 500 finally broke above its 50-day moving average line this week, as well as pushed above the falling resistance line (orange, dashed) that had been steering the index lower since late March.

Those aren't the most noteworthy developments on the daily chart of the S&P 500 though. Perhaps most interesting about the S&P 500 as of Thursday's close is that the Volatility Index (VIX) is on the verge of breaking below its long-term support line (blue) that's been guiding it upward since October of last year. If it can move under that floor, it represents the beginning of a new, bullish paradigm for the broad market. 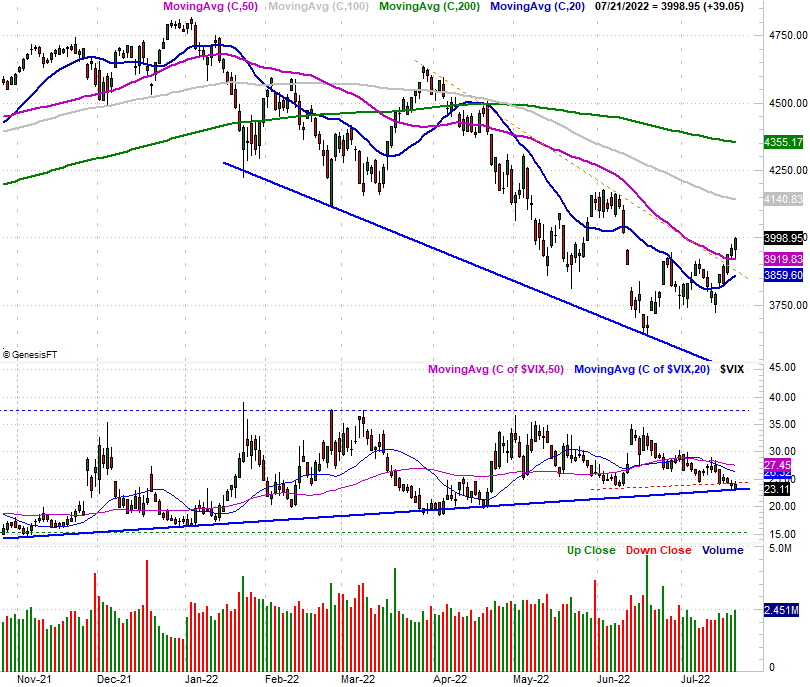 The daily chart of the NASDAQ Composite looks similar, though isn't quite as convincing. Like the S&P 500, the composite was able to break above its 50-day line this week, but more than that, the NASDAQ's volatility index (VXN) is on the verge of breaking under its long-term support line (green, dashed) as well. Just like the VIX, if the VXN breaks below this floor, it begins a whole new bullish tailwind for stocks. 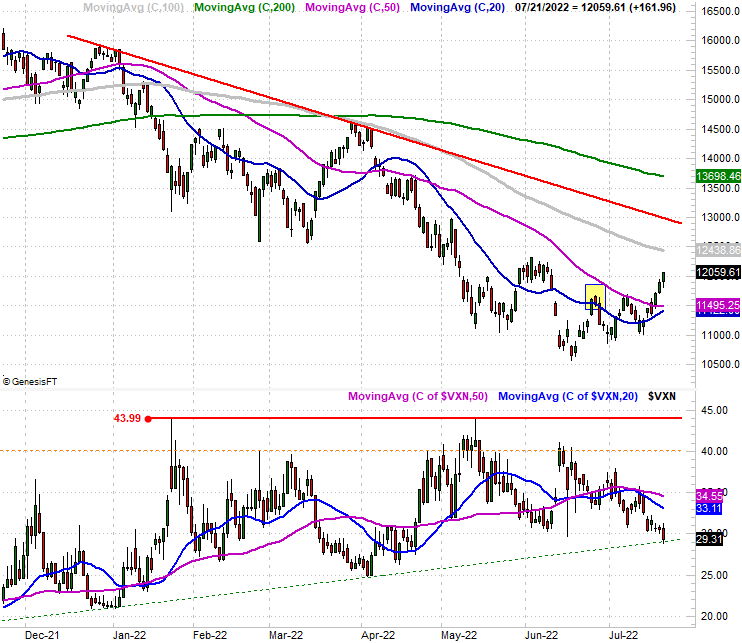 The kicker: Although we lamented a lack of bullish breadth and depth just a few days ago, in the meantime, that's changed. The S&P 500's daily advancers are growing again, as is its bullish volume. Likewise, the S&P 500's daily decliners and daily bearish volume are trending lower now. It's a hint that investors are generally feeling confident enough to start putting more, meaningful amounts of money back into stocks. 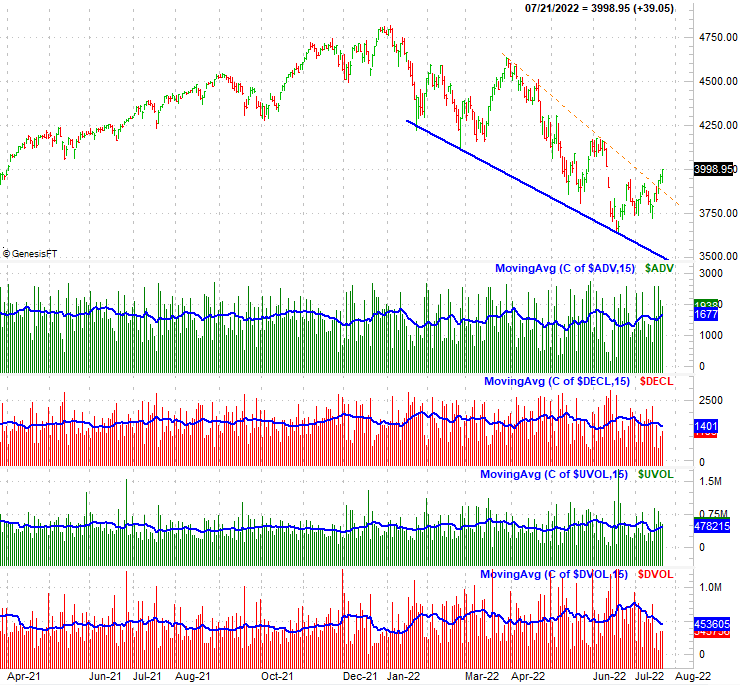 Don't get too excited just yet. While the indices are making technical progress, this rebound effort's not really been tested yet. We'll have to see how well it holds up when the bears really start pushing back. We're also leery just because this isn't quite the time of year for stocks to rally, even after a big setback like the one we suffered during the first half of the year. The ultimate bottom shouldn't be made until October, especially now that we're down for the year and traders are sufficiently spooked. 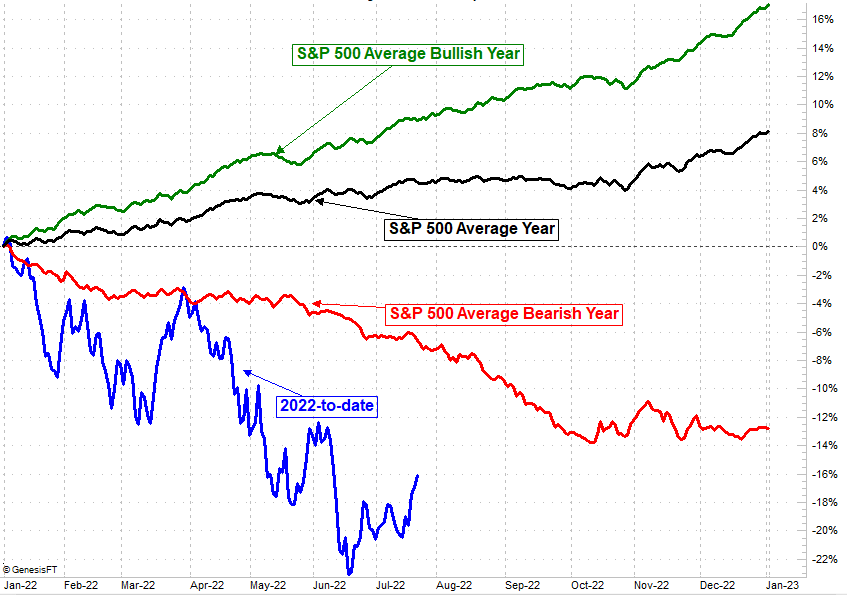 The irony is, tepidness on Friday -- or even a slight lull -- would actually be better for the budding rally than another huge advance. One more big gain might invite profit-taking that can't be quelled once it gets going. That could ultimately drive the market to an even lower low. If stocks take a day to cool the rally effort off, that just might allow it to remain alive for a good while longer.

In other words, pacing is important.

Whatever's in the cards, Friday is going to be an important day for the market's foreseeable future. Be sure to keep close tabs on it, particularly with respect to the ideas posed above.