Five Below is Heating Up 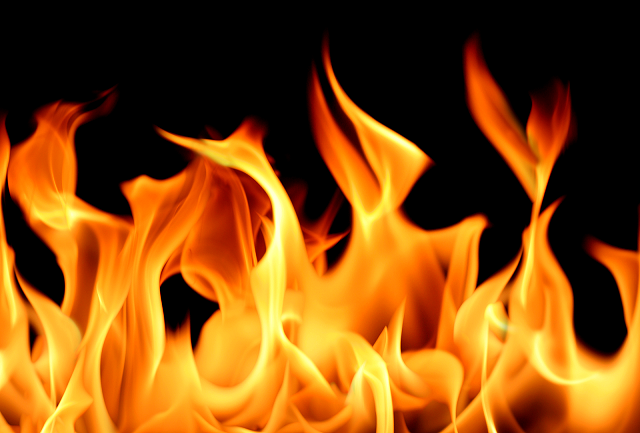 On Thursday, shares of Five Below shot higher even as the broader market sold off. Five Below was one of the few bright spots on an ugly day after the company reported strong earnings and revenue, and announced it would open over 100 new stores.

Should investors consider owning Five Below? Let's go to the charts to find out.

Five Below (FIVE) by TradeStation

Five Below bottomed in March and formed a bullish channel, represented by the blue diagonal lines. From mid-March to mid-June, the stock more than doubled. .

What do stocks often do after a big run? The consolidate their gains. In this case, the consolidation took the form of a double bottom pattern, represented by the semicircles.

When it appears in a down trend, a double bottom is a trend reversal pattern. In this case the formation occurs in an up trend, making it a continuation pattern. This means that the prior trend is likely to continue.

Today's breakout puts the stock at levels not seen since January. Note the high volume  (black arrow). Institutional money is pouring into this stock. When financial institutions take an interest in a stock, they tend to spread their buying over a period of weeks or months. 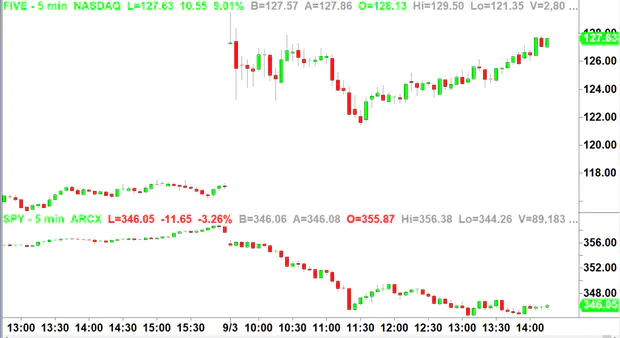 FIVE vs. SPY chart by TradeStation

Perhaps the most telling chart is this 5-minute comparison of Five Below vs. the S&P 500, represented here by the SPDR S&P 500 ETF (SPY). Both Five Below and the S&P sold off on Thursday morning, and both attempted to mount a rally around lunchtime. While the S&P 500's rally failed, Five Below was able to fight back and regain its intraday losses.

This price action tells us that investors saw the selloff as an opportunity to buy Five Below, but chose not to buy the S&P 500. Consider this price action a clue. Don't be surprised if Five Below continues to outperform the broader market.

Is there a stock, commodity, or currency you'd like to see analyzed on Ponsi Charts? If so, feel free to leave a message in the comments section if you have a request.

Ed Ponsi is the managing director of Barchetta Capital Management, and is the author of three books for publisher Wiley Finance. A dynamic public speaker, Ed has made appearances around the world, in such diverse locations as Singapore, Dubai, London, and New York. For more information about Ed and his work, click here.