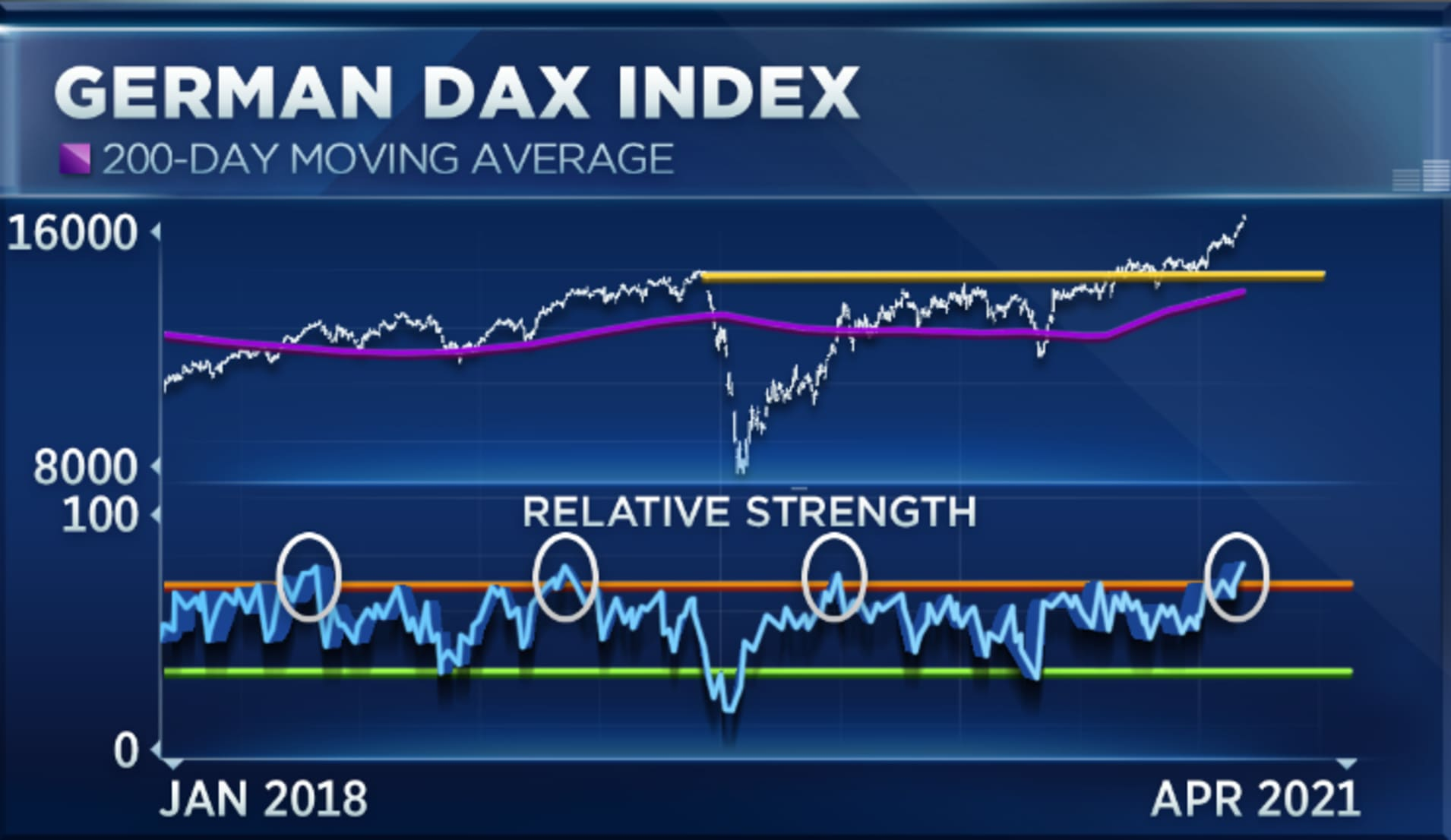 Trouble appears to be brewing for European stocks.

The ETF hit its highest level since August 2008 in Monday’s session. Tuesday’s move marks the reversal of a relatively steady two-week uptrend.

With renewed lockdowns on the table, the euro zone’s future growth may not chalk up to prior years, Miller Tabak chief market strategist Matt Maley told CNBC’s “Trading Nation” on Tuesday.

Not only that, but parts of the European market, particularly Germany’s DAX Index, are “very, very overbought,” Maley said, noting that the DAX has outperformed the S&P 500 since the start of November.

“It’s right up there at levels on its relative strength index, its RSI chart, that were followed by pullbacks of 12% in the fall, and it’s the most overbought it’s been since 2019 when it pulled back 7%,” he said.

“Those aren’t major declines, but they’re not levels [where] I want to be buying the market aggressively when it looks like they’re going to be involved in lockdowns that are going to be more severe than we’ll see here in the U.S. and markets there have run further than they have in the U.S.,” Maley said.

This sentiment could stick as the euro zone struggles with its vaccine rollout, said Steve Chiavarone, a portfolio manager, equity strategist and vice president at Federated Hermes.

“What we had once envisioned as a global synchronized recovery is becoming very much a two-speed recovery, with countries like the U.S. and the U.K. really being the exceptions in terms of the rate we’re vaccinating,” Chiavarone said in the same “Trading Nation” interview.

Once the U.S. has vaccinated as many people as possible, it’s likely that it will start exporting doses to the euro zone by early summer, he said.

“That summer tourism season is probably lost” as a result, Chiavarone warned. “Not only are we better on the vaccination perspective, we’re better on the stimulus perspective, and unfortunately it looks like Europe has once again grasped defeat from the jaws of victory here and that may have legs through this recovery.”

One overseas trade that investors could consider is in small- and mid-cap international names, the strategist said.