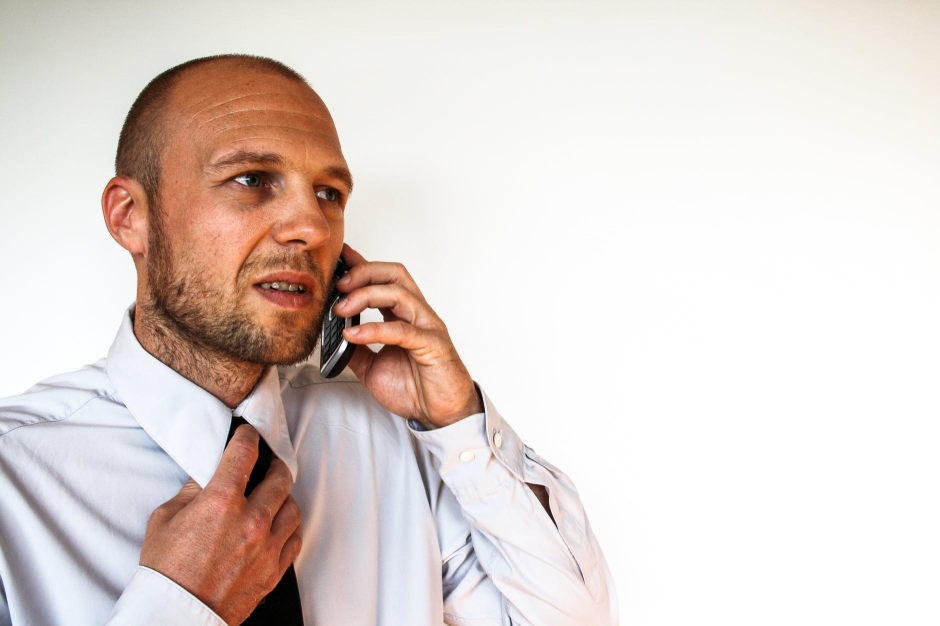 The headlines painted a less-than-enthusiastic picture of the report, but December's jobs data was actually pretty healthy. The unemployment rate remains at a multi-decade low 3.5%, and while wage growth fell short of expectations, it's exceeding inflation for the people who need the most income growth... the people at the lower end of the pay scale.

Last month, the economy created a seasonally-adjusted 145,000 new payrolls. That follows an upward-adjusted 266,000 jobs created. That was enough to keep the unemployment rate at 3.5% for a second month in a row, and for a third month in the past four. 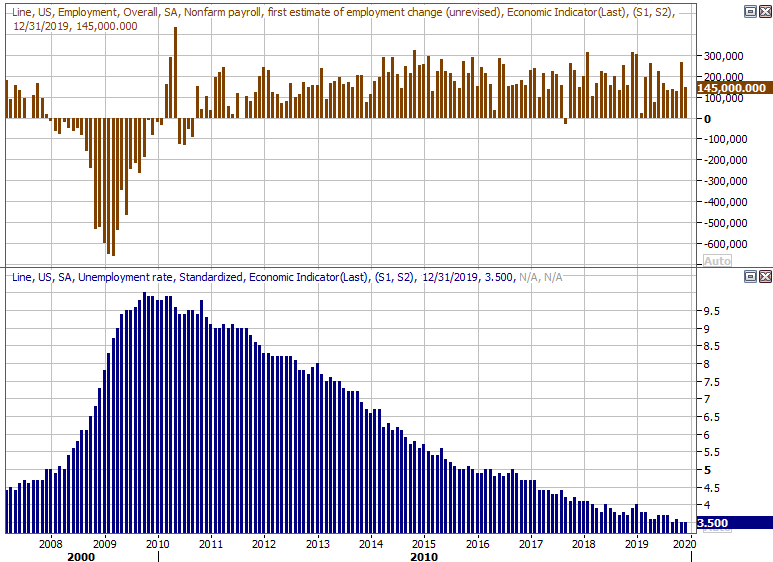 Perhaps more telling, as of the end of December, 158.8 million people in the United States had a job. That's another record, up from November's 158.5 million. Meanwhile, the number of unemployed (officially) people slumped to a multi-year figure of 5.75 million, down from 5.81 million a month earlier. The number of people without a job, not looking for one, and not receiving unemployment benefits came in at 4.83 million, more or less in line with November's level, which was up from October's. On balance, however, this cohort is shrinking nicely too, as people who had been displaced and alienated are now easily finding jobs that are paying too much to pass up. 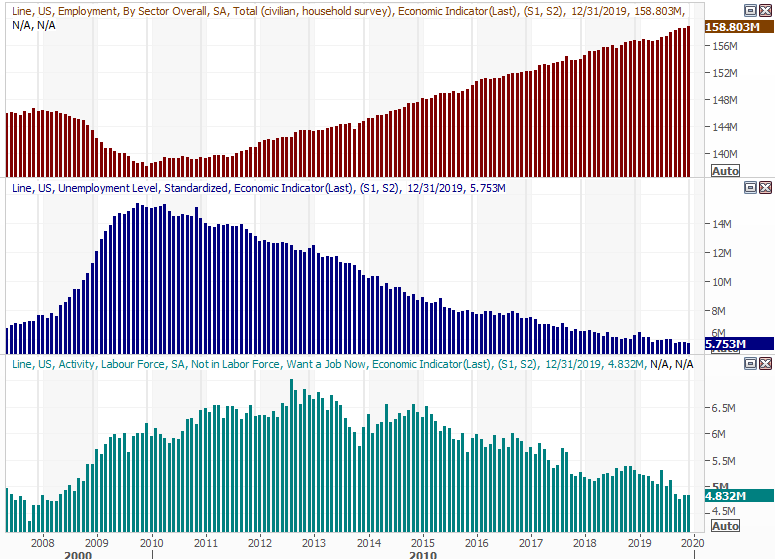 Interestingly, none of that progress was good enough to move the needle on participation rates and employed rates. The labor force participation rate came in at 63.2% again, down ten basis points from October's reading. The bigger trend is still pointed upward, but it's stalling a bit. Meanwhile, 61.0% of the population is working, but that's been the same figure for four months now. The bigger trend is still pointed higher, but there's clear stagnation here. 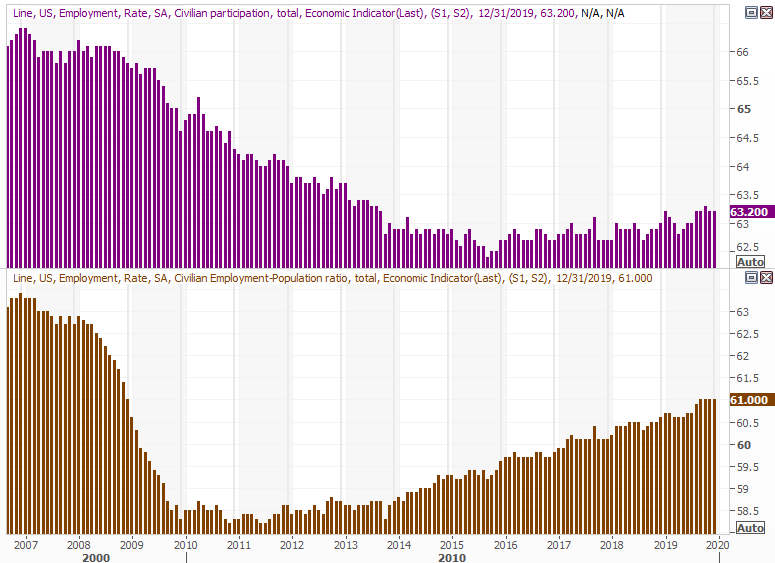 It's possible, with the unemployment rate at a theoretical, structural low of 3.5%, it's possible these numbers are peaking. Fueling that stall is the ongoing exit of baby-boomers from the workforce. They're still alive. They're just not working.

Underscoring that possibility is wage growth. The graphic below doesn't indicate it, only being through November. But, in December, wages "only" grew 2.9% year over year, down from November's 3.1% improvement. That IS the first time since the middle of 2018 it's fallen under 3.0%, but bear in mind that it's now being compared to higher wages that materialized beginning in 2017. Perhaps more important, lower-income workers are seeing wage increases that higher earners aren't. Late last year, the lowest 25% of earners enjoyed pay raises of 4.5%, annualized, while higher income workers only saw 2.9% increases in pay. Strengthening the lower-income segment drivers more consumerism growth than pay growth for higher-earnings workers. 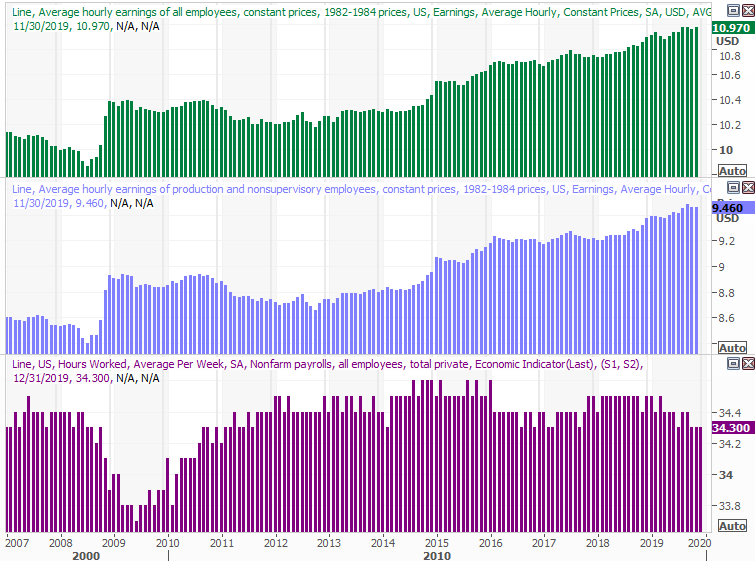 The one small red flag? The length of the work week seems to be stabilizing at the low end of the range one would expect outside of a recession. That nuance was somewhat criticized on Friday, but perhaps more so than it needed to be.

All in all, it wasn't the rock-solid report one could have hoped for... definitely room from improvement. This is also what the beginning of an economic recession would look like. They start slow, and the accelerate. We're nowhere near that sort of risk, however. December's jobs numbers are always an anomaly due to seasonal hiring and weather-related work. The report, on balance, was as firm as it needed to be.