Bitcoin may be 'very, very close' to an intermediate-term top, strategist says

Bitcoin's breakout might be short-lived, according to one strategist.

The cryptocurrency gained nearly 2% on Tuesday, helped in part by PayPal rolling out crypto-friendly online checkout services at millions of its global partners.

Bitcoin's high degree of volatility likely means transactions on platforms such as PayPal's will be "infinitesimally small relative to regular currency," said Schlossberg, noting that he still believed in bitcoin as a better store of value than gold.

Even so, "the whole rally in crypto is getting very long in the tooth," he warned.

The Chicago Mercantile Exchange announced plans Tuesday to launch micro bitcoin futures in May valued at one-tenth of one bitcoin.

A move like that could rattle bitcoin's price whether investors like it or not, Schlossberg said, noting that it topped out the last time the CME launched bitcoin futures in late 2017.

"I think we're very, very close to perhaps an intermediate-term top here," the strategist said. "A little bit of a correction is certainly due at this point."

The level to watch on the downside is $52,000, Matt Maley, chief market strategist at Miller Tabak, said in the same "Trading Nation" interview.

"If it breaks below that level, it's going to be a big warning flag," giving bitcoin its first lower low of the year after a series of higher highs and higher lows over the last six to eight months, he said. 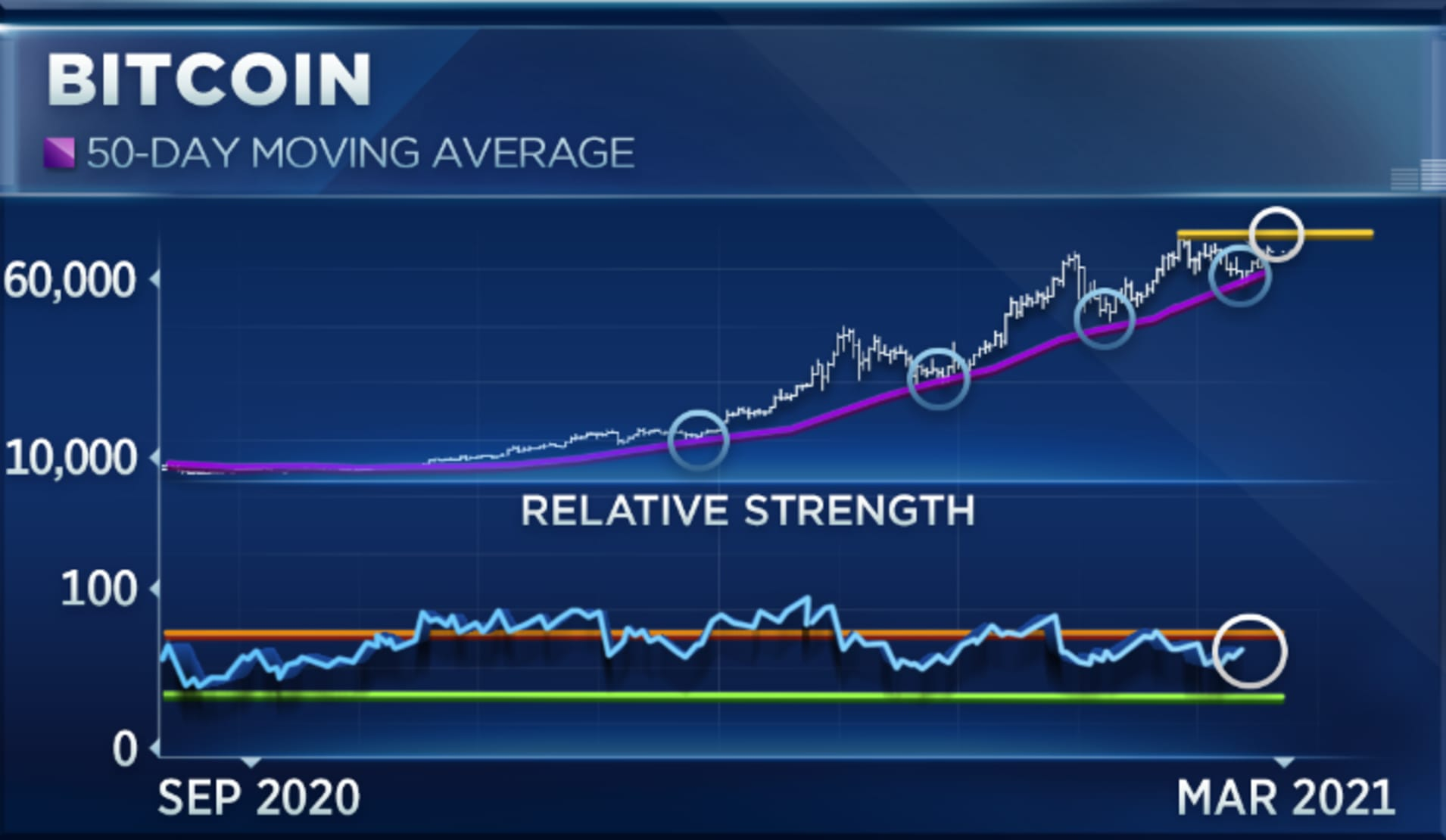 "However, right now, with that series of higher highs and higher lows, I think the [path] of least resistance is higher," Maley said. "So, if it breaks above its recent highs of 61,000, it should see another leg higher. That said, I do agree with Boris. In a very volatile situation, it's going to see a lot more big declines along its way. It may change the world, but Amazon changed the world. It still saw a lot of deep corrections as well."

Bitcoin was trading above $57,700 on Wednesday.