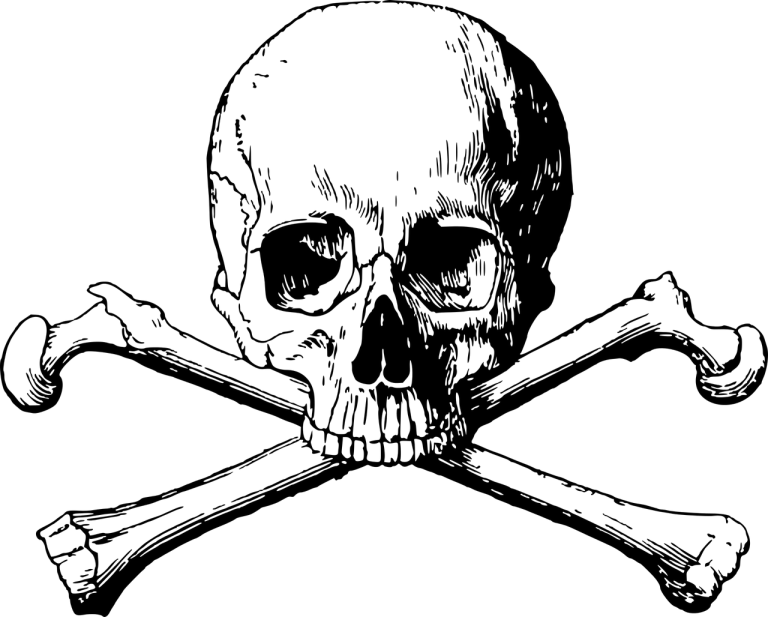 It's a description that strikes fear into the heart of investors. Death Cross. The rarely-seen technical event that signals even more downside for stocks ahead -- even more than the selling that caused the so-called death cross in the first place.

Except, it's complete and utter nonsense, if history is any indication.

On the off-chance your reading this and haven't heard, on Friday, the Dow Jones Industrial Average's 50-day moving average line crossed below its 200-day moving average line. It's a suggestion that the market's momentum has taken a turn for the worst, and it's more than just a little volatility. It's a new trend, that took on the order of 50 trading days to create. That many days of anything is certainly bound to establish momentum that's moving in the wrong direction, right?

Maybe. But, probably not. The statistics certainly don't support the premise. But, first things first... a look back at some of the Dow's most recent death cross events.

The last time we saw it happen was back in December of 2018. You may recall it was a scary time for stocks, which had fallen for weeks with no end in sight. Take a look. Four days later the market was making a bottom. One month later the Dow was up 4% from the death cross day, more than offsetting that last four days of post-death-cross weakness. Six months later the Dow Jones Industrial Average had gained 16.5%.

Before that the last death cross we had seen was early 2016.... January 13th, to be precise. In that case it did remain suppressed for a while, though not for too terribly long. Within three months of the death cross day, the blue chip index was up 11%. Six months after the fact it had gained a little more than 15%, and was up 17% from the low hit on January 20th. 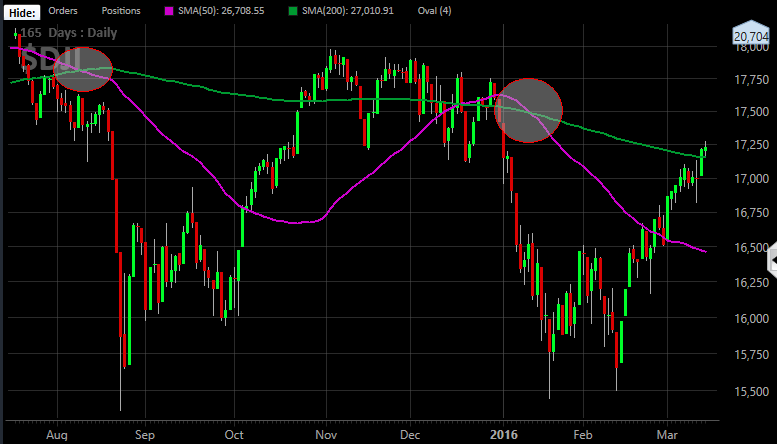 The time before that wasn't quite as fruitful, though notice that death cross for that instance took shape shortly before the early-2016 materialized -- August 11th, 2015, specifically. That one was a bit problematic, though hardly a killer. The Dow Jones Industrial Average was down more than 4% a month later, and down 2.3% six months later. But, that "six months later" was only a few weeks after the January 13th death cross, which proved to be a good entry window. 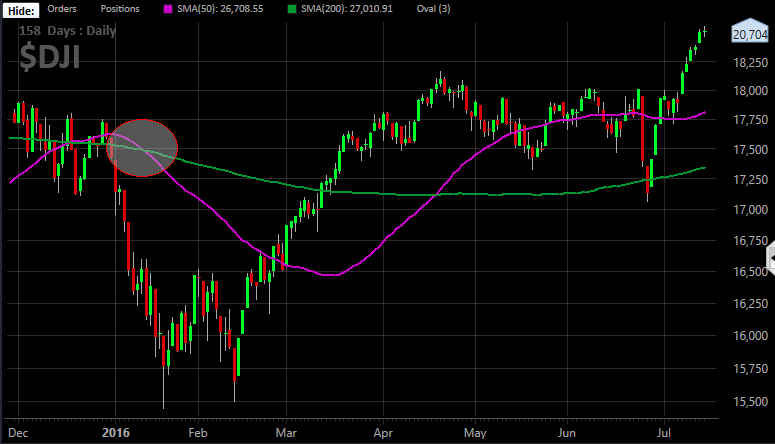 It won't be difficult for veteran investors to figure that one out. It took shape in early January of 2008, shortly after the whole subprime mortgage house of cards began to collapse. One month later the Dow was down a little more than 3%, though it held steady for a few months before falling to a 13.3% loss six months after the event. The market had already lost ground before that death cross took shape though, and continued to drift lower well after the January 3rd of 2008 though. In fact, the bottom wasn't hit until March of 2009, after stocks lost roughly half of their value. 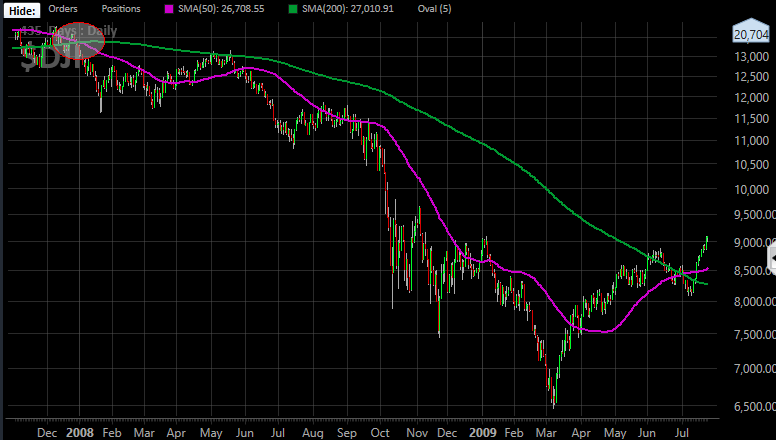 Given the possibility of a repeat of that 2008 meltdown, it's easy to be worried about last week's death cross. And, this one may well be a glimpse of what's to come, particularly if the coronavirus outbreak isn't curbed and instead is allowed to keep spreading. Industry is shut down. Trade is stifled.

The response to quell the outbreak as well as the response to jump-start the economy has been overwhelming though. That's the good thing about disasters and corresponding economic collapses. The whole world pulls out all the stops to fix what's broken. We frequently come out of such events stronger than over, due to the strong response to bring a quick end to the trouble.

With all of that being said, the overall stats of previous death crosses from the Dow Jones Industrial Average. Going all the way back to the 2001 death cross that finally up-ended stocks unduly swept higher in the dot-com craze, the average one-month return following a death cross of the 50-day and 200-day moving average is a 1.4% loss. On average, the Dow is up 2.6% within three months, and had gained an average of 5.1% by six months.... not bad, considering the nastiness of the dot-com collapse as well as the subprime mortgage meltdown.

And the odds are in your favor. Of those twelve death crosses, in eight of them the market was higher six months later. It appears to take a full-blown recession being in place for death crosses to mean anything dire. If that's the bet you want to make, then fine. If you don't actually believe a recession is inevitable though, then don't sweat the headlines about the chart event. It may actually be a buying opportunity.