8 Sectors Set Up for a Solid October 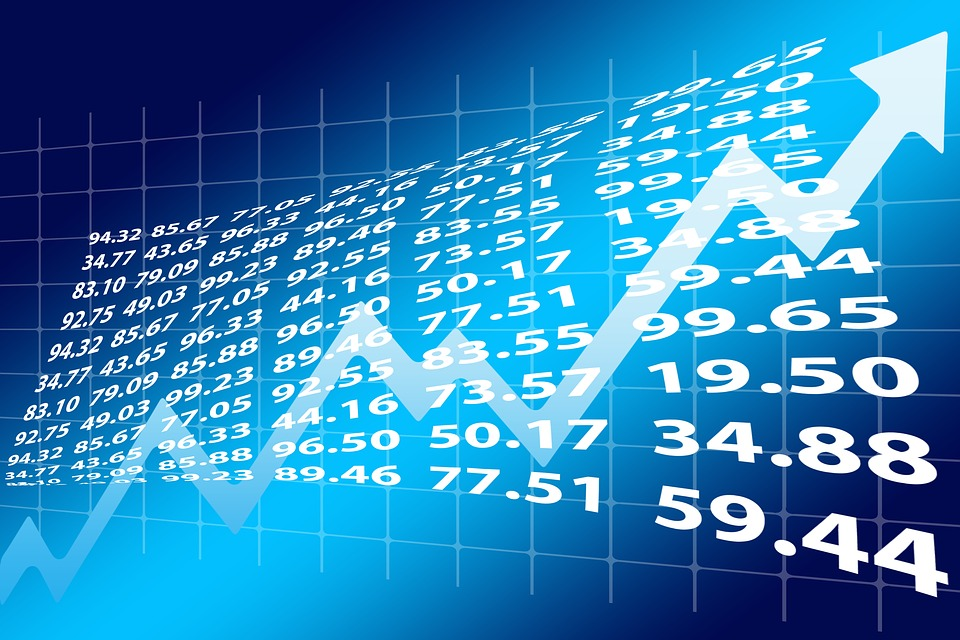 The fate of the overall market is still in question as September comes to a close and we turn the calendar to October. The S&P 500 is balanced right at a couple of key moving average lines - the 20-day and 50-day moving average lines - and sentiment indicators suggest traders aren't quite sure what to believe is likely from here.

Not every sector or industry is necessarily on the fence, however. Some groups of stocks look like they're going to do well in the month (and months) ahead no matter what the broad market ends up dishing out. These areas have a history of strong results in October, even in 'bad' times, and in some cases these groups are starting the new month and the new quarter with an advantage and some unusually strong momentum. In no certain order...

The 3.3% advance that security and alarm services names like Brinks (BCO) and Corrections Corp (CXW) tend to log in October isn't exactly game-changing. But, it's reliable. Even in a down year the industry's stocks collectively rebound from a mid-month lull to log a break-even. And, in a good year like this year has been so far, these names continue to march higher through the end of December. There may not be a ton of upside, but there's very little downside. 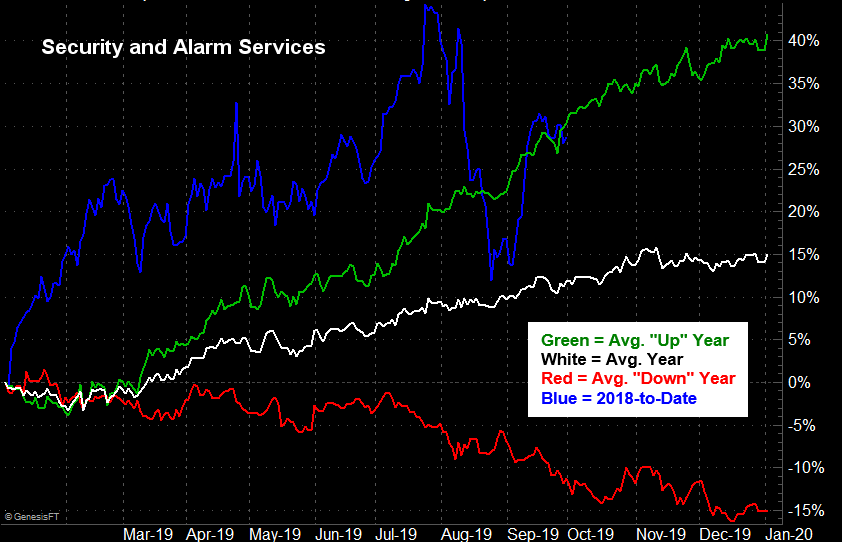 It's not exactly a high-growth, high-profile area, particularly right now. But, employment and human resources stocks are stunningly big winners at the end of the year. Even in a 'down' year October tends to offer some temporary relief, but in most years - and most years are good years - the group rallies 4% in October and continues to advance through the end of the year to leave behind what's a 10% gain for the quarter... or more. The August/September setback leaves these stocks even more ripe for a recovery. 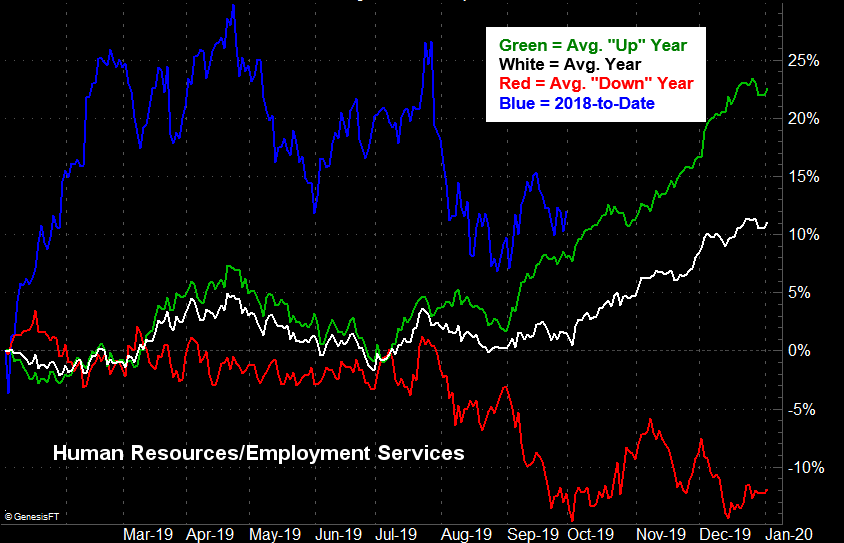 The stocks that are considered 'agricultural products' in this context are names like Archer Daniels Midland (ADM) and Bunge (BG). They've not been great performers this year, but that's not abnormal. In fact, it's quite normal, setting up what's usually a fantastic end to the year beginning in mid-October. From that low to the end of the year, agricultural product equities average a 9.2% gain, with nearly 5% of that coming in the month ahead. Even in down years October is impressive before fading. 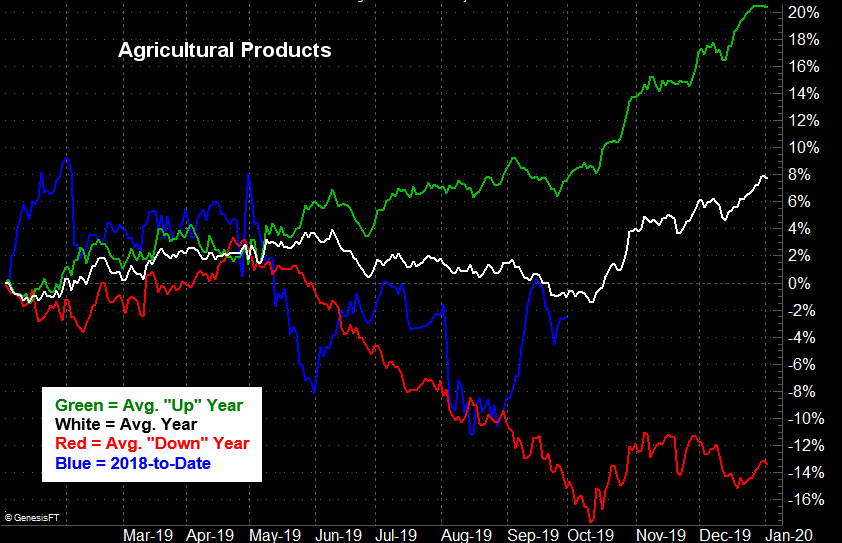 It tends to take a while to get going, but once it does, healthcare services stocks find a pretty good bottom in late October to rally well through the end of the year. From their low to high, these names collectively log a 6% gain, give or take. This year's track has been a little bit different in that names like Quest Diagnostics (DGX) and DaVita (DVA) struggled in early 2019 when they should have been holding their own. But, that weakness only opens the door to exaggerate bullishness through the end of the year. 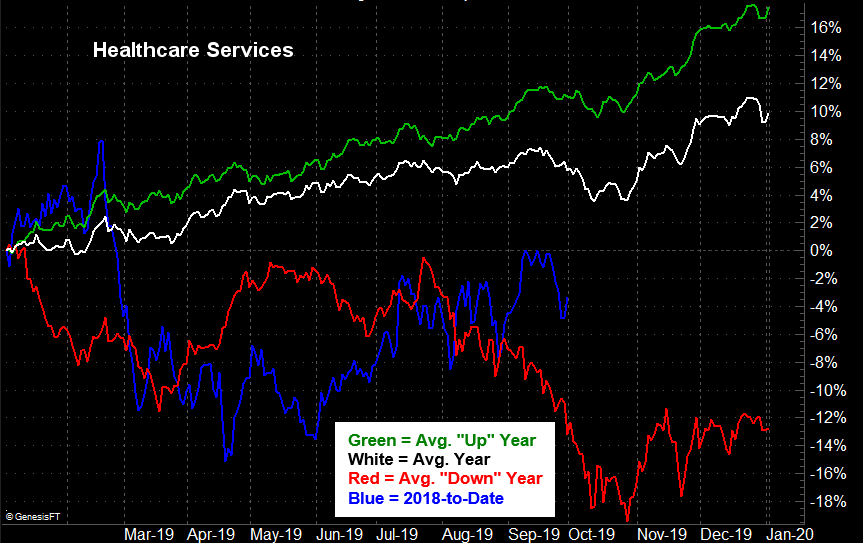 They've been all over the map this year, and that volatility is likely to persist through the end of 2019. But, it's likely to be a net-bullish kind of volatility from the likes of Amphenol (APH) and Dolby Labs (DLB). On average, electronic components gain 3.5% on October, and then advance another 4% through November and December. Much more is possible, in the right situation. Just take note of the fact that when the rally falters, it can hurt... bad. 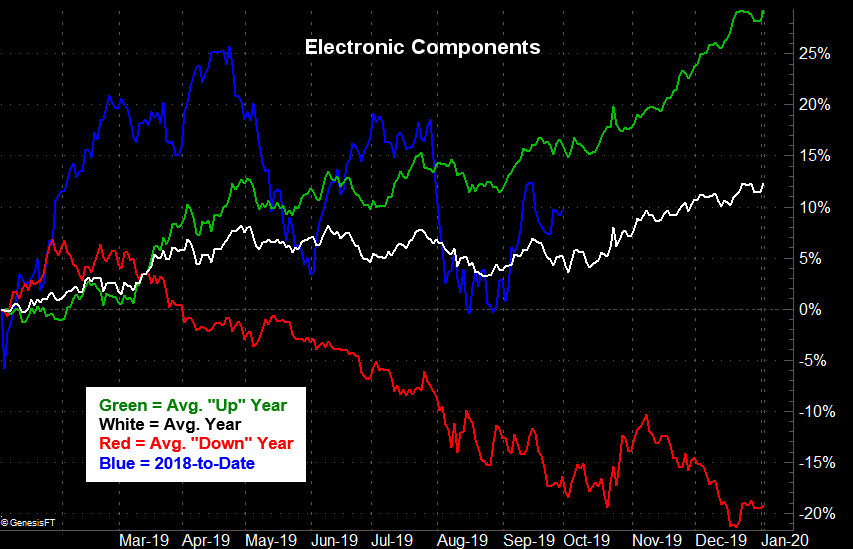 It's not just food agriculture stocks that tend to do well at year-end. The companies that make the fertilizer and chemicals that help crops grow also do well beginning in October and through the end of December. Intrepid Potash (IPI) and Mosaic Company (MOS) and their peers collectively gain 13% over the course of the fourth quarter, on average, with 3% of that taking shape in October. This year, the weakness seen in recent weeks leaves room for that usual rally. 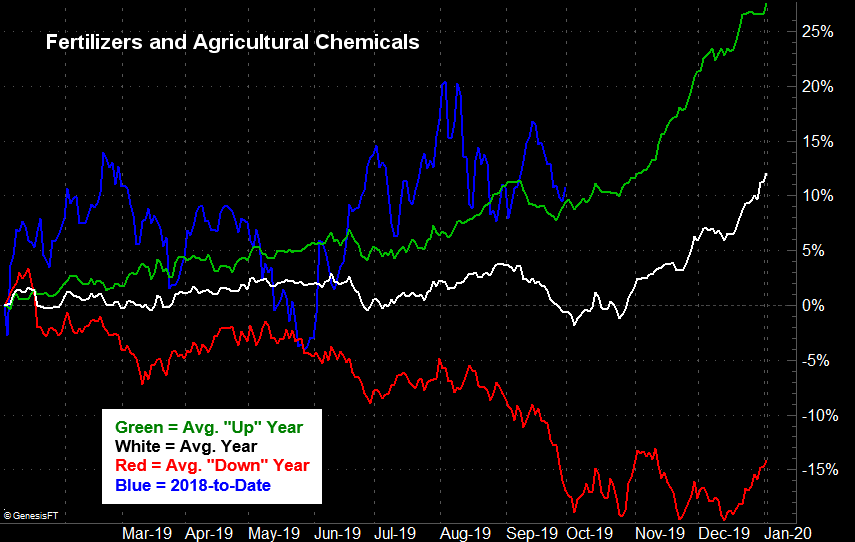 There's almost always year-end strength from airline stocks. The big question is, when will it start? In 'good' years it tends to kick off in September, while in the average year the weakness turns around in early October. Either way, airline names like Delta Air Lines (DAL) and United Continental (UAL) gain anywhere between 10% and 17% during the final quarter of the year. This year so far these names are following the 'good year' track, which bodes well for a strong finish. 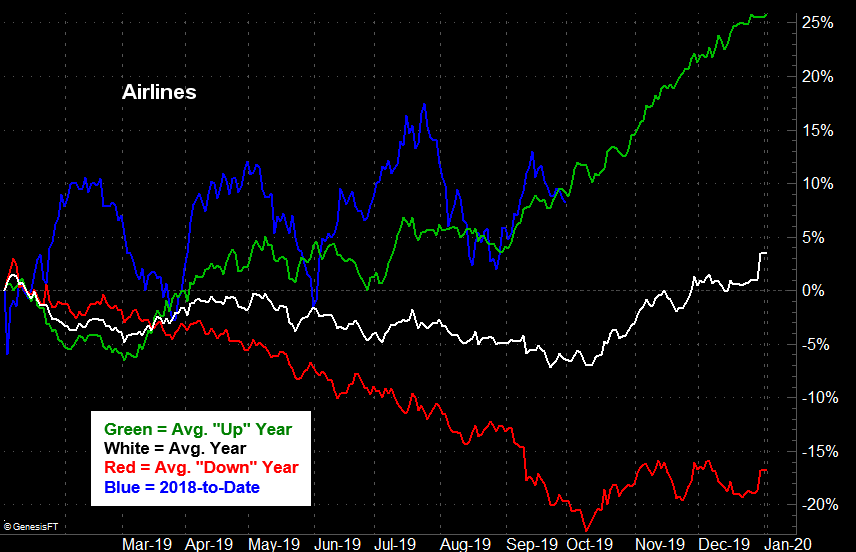 Finally, add gas utilities stocks like Southwest Gas (SWX) and Chesapeake Utilities (CPK) to a list of groups should do well in the coming month, and beyond. On average, these stocks advance about 1.3% on October, but that's only part of what's usually a 4.4% gain for the fourth quarter as a whole. It's not much, but it's a prospect at a time and in an environment that could prove very fruitful for the more defensive nature of most utilities names. 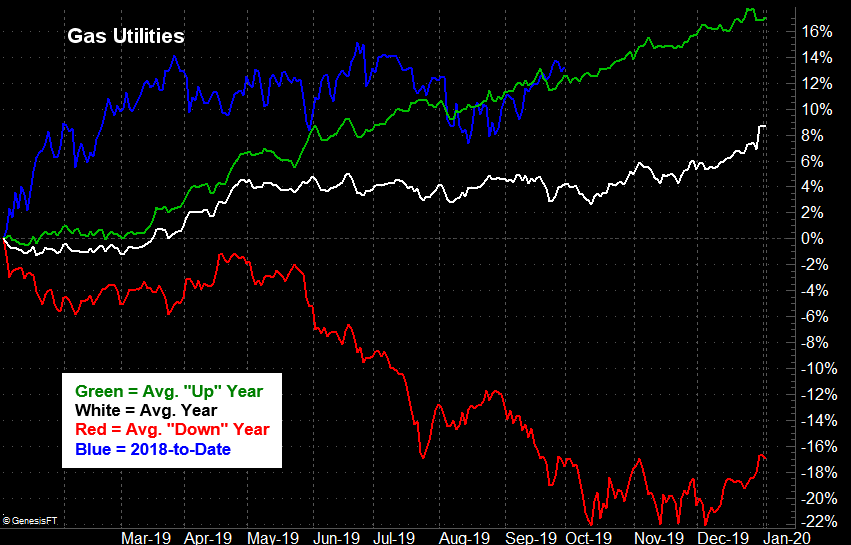