Is Bitcoin About to Break Down to New Lows? 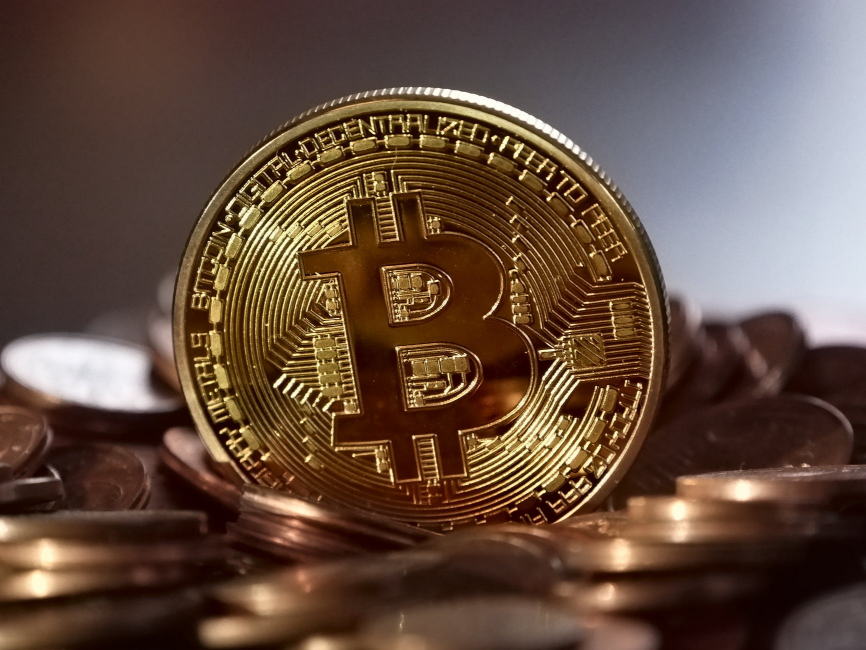 -- Bitcoin continues to hold support, but not in an inspiring way. Now more than ever traders need to know the key levels. --

Bitcoin lately has been quiet - perhaps too quiet.

It may have proved a good bet against inflation, as it rose considerably from the aftermath of covid-19 to its highs in late 2021. But one could also map a similar correlation with U.S. equities, particularly tech stocks.

Unfortunately for bitcoin bulls, rising inflation didn't boost its prices. In fact, bitcoin sank like other risk-on assets, and now we've seen a peak-to-trough decline of 56%.

Even after the most recent bounce, bitcoin and other cryptocurrencies remain in a bear market. In fact, it's been pretty quiet in cryptoland for almost a month now.

As bitcoin sits on key support, that's not necessarily what bulls want to see. 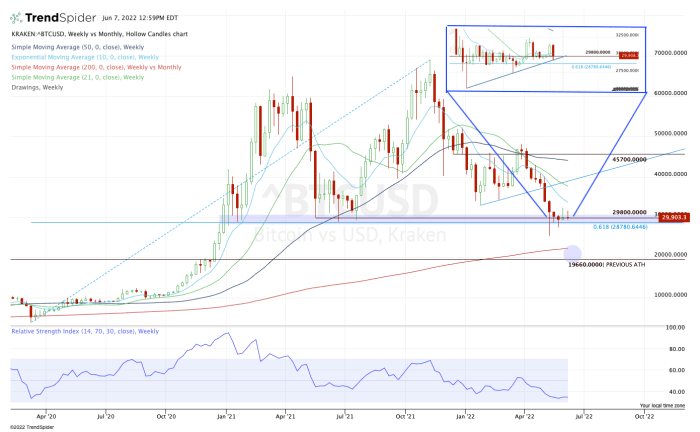 In May, bitcoin prices crashed lower. The S&P 500 declined in seven straight weeks, but that seems like nothing compared with bitcoin, which fell for nine weeks.

The cryptocurrency halted that painful fall when it rallied 1.5% last week. That's not much for bulls to hang their hat on.

Amid bitcoin's decline, it initially plunged below the key $30,000 area.

Not only has this area been key support since 2021, it's also where the 61.8% retracement comes into play.

It quickly recovered this level, but I'm not a huge fan of the way bitcoin is trading right now.

A support level like this should be sending it higher in a notable way - just look at the way it bounced from this area multiple times last year.

Stagnating in this zone now is not encouraging, especially given the potential outcome if it rolls over.

Each rally has been sold and bitcoin is leaning on uptrend support. If it loses this week's low at $29,180, the bulls need to exercise caution.

In that scenario, I would almost be looking for a full-on washout, perhaps all the way down to the 200-week moving average and the prior all-time high near $19,650.

If it does, the rallies remain suspect while bitcoin is below the 10-week moving average, which is active resistance.