Here's Tesla's key level after Battery Day disappointment, according to one trader 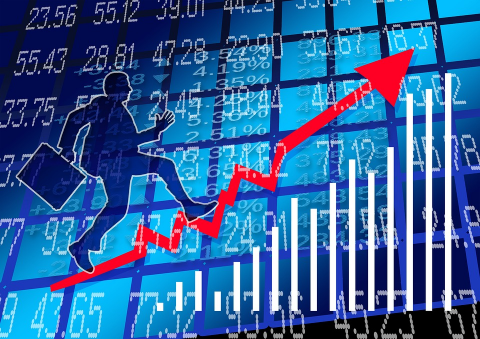 Tesla's Battery Day was highly anticipated but was disappointing to many.

Deutsche Bank Research, however, upgraded Tesla's stock on Wednesday to a buy on what it saw as a significant technological lead versus other automakers.

On the other hand, Baird named the stock a "bearish fresh pick" on a "lack of upcoming catalysts."

Then there were Tesla investors, who sent share prices down 10% on Wednesday to $380.26. Tesla's stock was down 3% in Thursday's premarket. Shares are still up nearly 356% this year.

One of the stock's key attributes is that investors either love it or hate it, said John Petrides, portfolio manager in the wealth management division of Tocqueville Asset Management.

"There's no one that's just lukewarm on Tesla," Petrides told CNBC's "Trading Nation" on Wednesday. "Those that love it think Covid has been the great accelerator for Tesla, not only for environmental reasons, but because all of the traditional manufacturers are now a further step behind in the game. Tesla's balance sheet is a lot better, and they have first-mover advantage."

But Petrides said he and other sellers worry about the stock's valuation.

"The stock has had a massive run. It's not cheap by any stretch of the imagination. And at some point in time, the other traditional luxury carmakers, the BMWs and Mercedes of the world, are going to come to market with electric vehicles, and that's going to add more competition, which is going to force Tesla's pricing and margins lower," he said. "I need a better entry point on the stock."

"I want to buy it for sure," she said in the same "Trading Nation" interview. "I realize the valuation's high, but honestly, I don't think it matters when you're trading options because what has made Tesla so amazing to trade in the options market has just been all the speculation surrounding it."

"If you look at the way that Tesla traded last quarter going into that report, that can be a fantastic catalyst for options traders to trade that to the upside, especially after the 'buy the rumor, sell the news' action," Shay said of Wednesday's action. "I'm looking for a spot to get long. If I could get it at 350, that would be great."

Shay said her strategy would be to sell put credit spreads and pick up some longer-dated call options heading into Tesla's earnings report, which amounts to a bullish bet on the stock climbing ahead of the results.

For those simply looking to buy and hold, Shay flagged a few key levels to watch.

"What I'm looking for is at least 450, and I'd like to see it trade up to the previous high right around 500," she said. "If we can get some solid volume and momentum right around that $500 price point, I think it could make 550. But it's all going to depend on, when we get up to those levels, if we see a little bit too much resistance there or if there's a lot of good speculation around it. And just because Tesla has been so amazing for speculative traders and momentum traders like myself, for me, I like the pullback here. I think it's going to be great, I think it's going to consolidate here, and I think it's going to give us another opportunity to trade it to the upside."