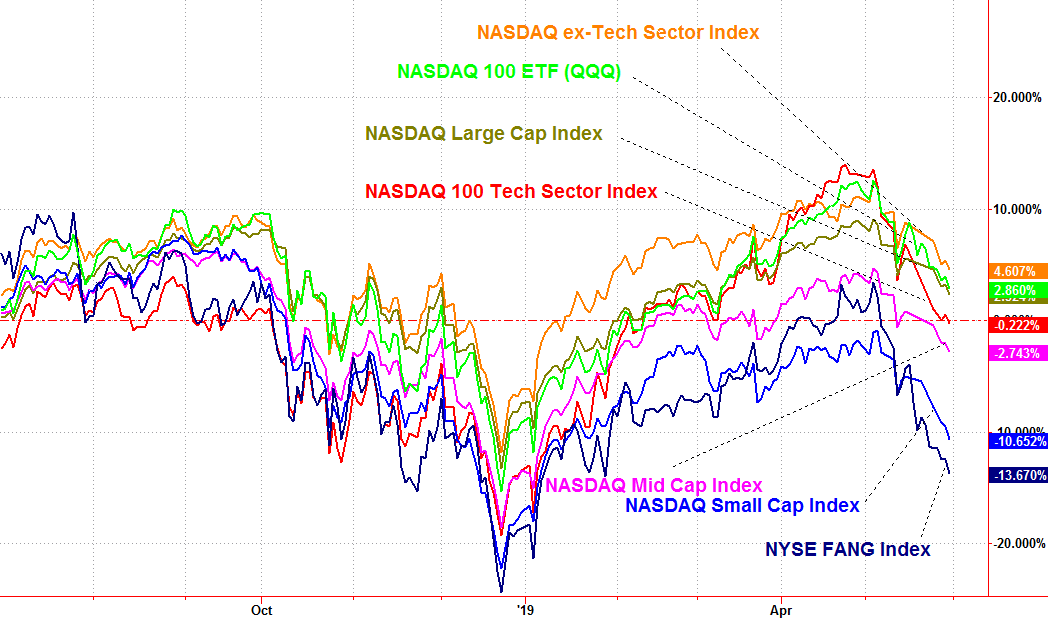 Any investors hoping some relative strength from the FANG stock would help keep the broad market from slipping into too much trouble are going to be sorely disappointed. Since stocks peaked in early May, FANG names - led by Apple (AAPL) - have been the worst performers all. Though Apple shares have been able to slow their meltdown, every other FANG name has accelerated their selloff. It bodes poorly for an already struggling market.

Perhaps worse, a couple of FANG names just broke under key support levels, while others are about to do so.

Amazon (AMZN) is arguably the biggest offender. A technical floor at $1809.70 finally buckled on Friday after keeping shares propped up since the mid-May low. It's not yet below the pivotal 100-day and 200-day moving average lines (gray and green, respectively), so there's still a chance it could regroup and renew its bigger picture bullishness. But, curiously, AMZN is one of the few names that didn't rival its 20018 high with last month's peak. 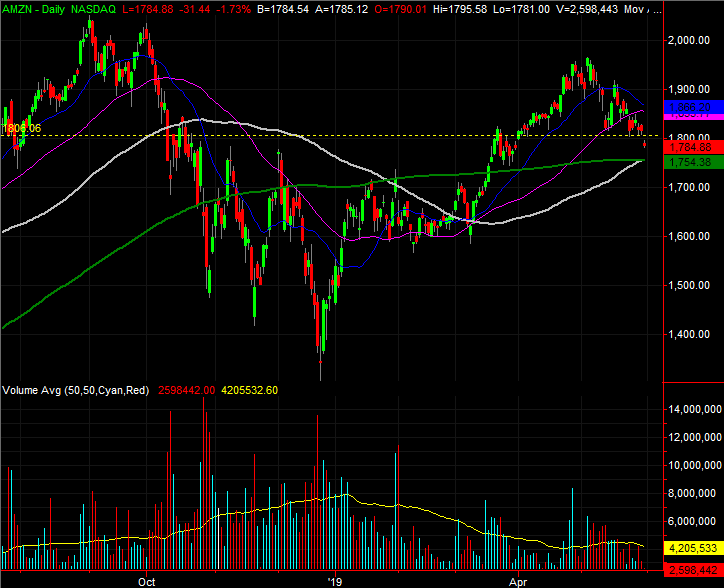 Alphabet (GOOGL), meanwhile, has completely broken down, pulling under both of its key long-term moving average lines and delving into new multi-week low levels in the process. 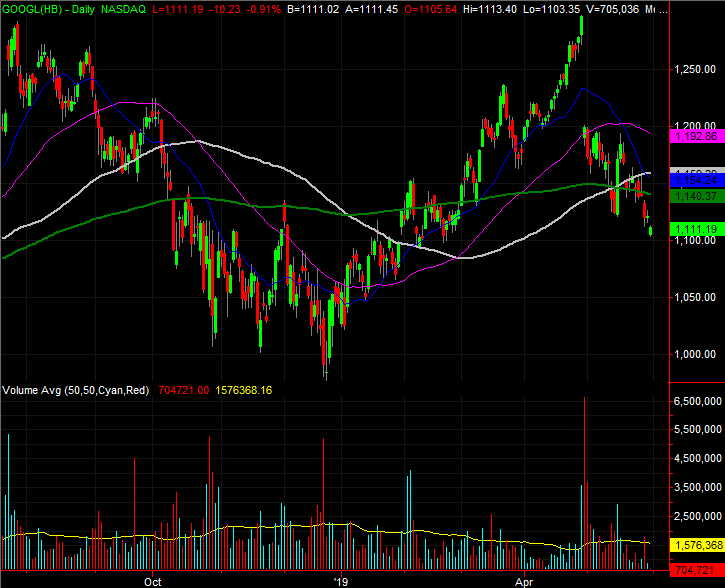 While couple of these names are in trouble, none of the FANG stocks are as vulnerable as Netflix (NFLX) is at this time. 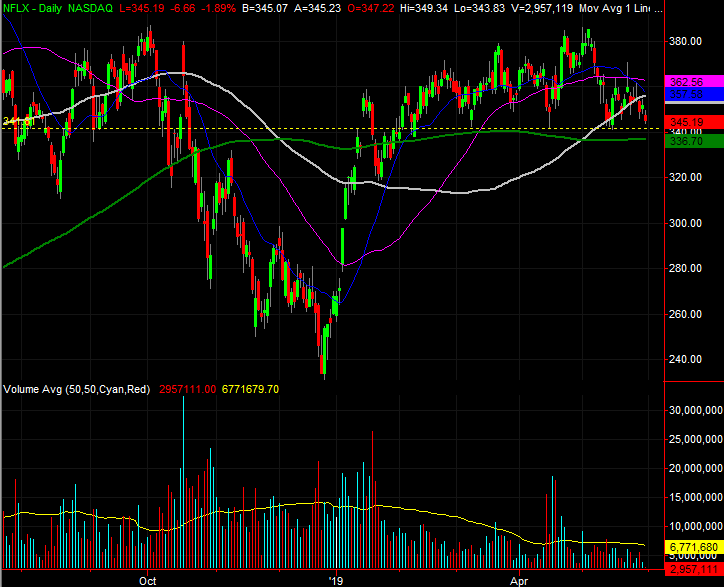 The broad market isn't in dire straits just yet, but with some FANG stocks already under key moving average lines and others knocking on the door of key breakdowns, the market may actually be past the point of no return.

FANG stocks, as a group and individually, set the tone for the rest of the market, and that tone is quietly but consistently deteriorating. As of Friday, the S&P 500 as well as the NASDAQ Composite are now under their own 200-day moving averages, and not with an indecisive move. The bulls may have a two-day window to fix things, but if they don't - or can't - do it soon enough, the brewing selloff may have to fully play out before the market rebounds.

The FANG stocks, of course, will clearly lead that move too.

If you'd like to take full advantage of all the swings and volatility the market's most-watched names dish out, the BigTrends FANG Options Trading Advisory specializes in the nuances of each of these stocks.