As Big Tech gears up for earnings, here's one trader's way to hedge against volatility 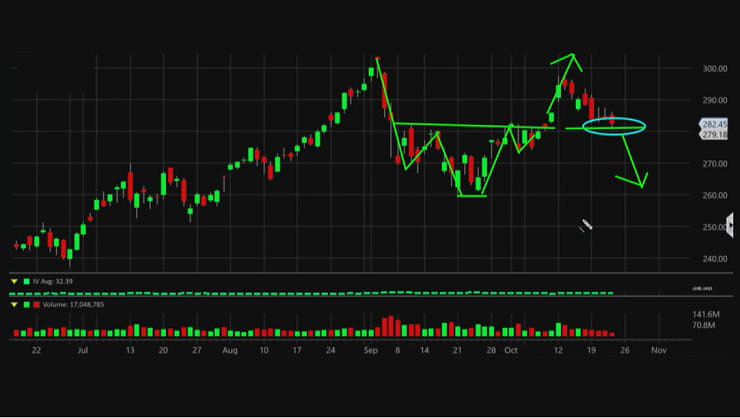 Big Tech is coming up on a big week.

A slew of large-cap tech giants including Apple, Microsoft, Alphabet, Facebook, Twitter, Amazon and others are gearing up to report earnings in the coming days.

But with uncertainty abounding around the group's massive year-to-date stock gains and Congress' crackdown on some of its largest players, it may be worth considering a hedge heading into the rush of results, Todd Gordon, the founder of TradingAnalysis.com, said Thursday on CNBC's "Trading Nation."

"We're seeing a little bit of a pause in technology," he said. "Perhaps like you, I have a lot of technology exposure. I've enjoyed some very nice gains. ... And you might be having a little bit of an uneasy feeling heading into all these events that could particularly impact the market, and you say, 'What do I do? Do I cut back my exposure? Do I eliminate it? Do I add to it? Do I trade through it?'"

While it all depends on the investor's individual situation, Gordon wanted to keep his tech exposure intact rather than trying to perfectly time selling out of and re-entering the trade.

"What I like to do is leave the positions in place and then hedge," he said, calling up a chart of the Invesco QQQ Trust ETF (QQQ).

Gordon said the chart was forming a "constructive" pattern that resembled an inverse head-and-shoulders formation, which is typically seen as a bullish sign.

"We should see a continuation higher" if the ETF successfully retests its support line, he said.

However, if it fails, "that might be of concern," especially since the QQQ wasn't able to make a fully formed double-top pattern in its last surge higher, he said.

"For those reasons, I'm a little concerned, and ... just to put my mind at ease, I'd like to put this put spread to work," Gordon said.

"We're just looking to hedge this possible move down," he said. "If we get something more, we can simply close that, reestablish a new hedge and continue to work on down if required. So, again, just a way to set your mind at ease [and] know you have some protection on the downside. Try to stay with this technology trend, which I believe is well intact. ... Just a long-term uptrend here, so, I believe there's more to go. It could be bumpy for the next month, so, this is a way to sort of mitigate those bumps."

The QQQ fell less than half of 1% in early Friday trading to around $283 a share.