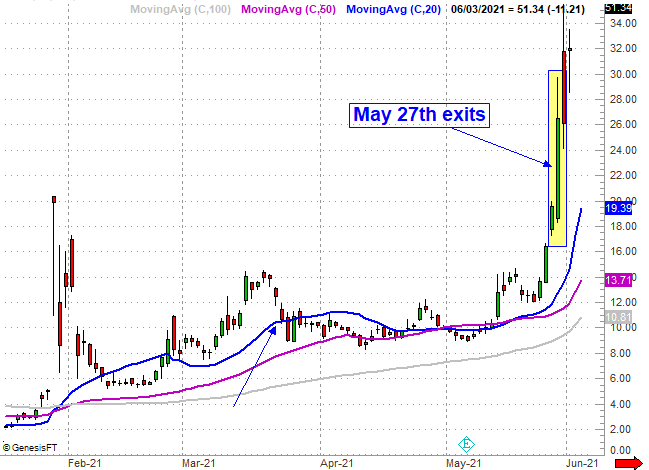 Do you think quadruple-digit winners are just fish tales from traders looking for a bit of an ego boost? Admittedly, such trades are few and far between. They're not impossible though. We know it, because we just made one. You can find these setups too. Not all of them will do this well. Indeed, most of them won't even come close to a 1000% gain. It only takes a couple of these monster trades every so often, however, to log some serious overall gains.

The setup came in March, when our Triple 3 Options Advisory (more on that in a moment) identified AMC Entertainment (NYSE:AMC) as a bullish prospect.

Yes, this is the same AMC that had just been taken on a roller coaster ride, rallying thanks to a concerted effort to spark a short squeeze in January, which worked, but was unwound by the middle of February. The thing is, this sort of volatility surge isn't always a one-off. The echoes of this action were still ringing as of March - and as of this week, in fact - and the potential "action" was there as long as you know what to look for. The Triple 3 Options Advisory's trading algorithms know what to look for, even when it's not obvious. The key to the Triple 3's trades, in fact, is the identification of bullish trends that aren't apparent to anyone else. 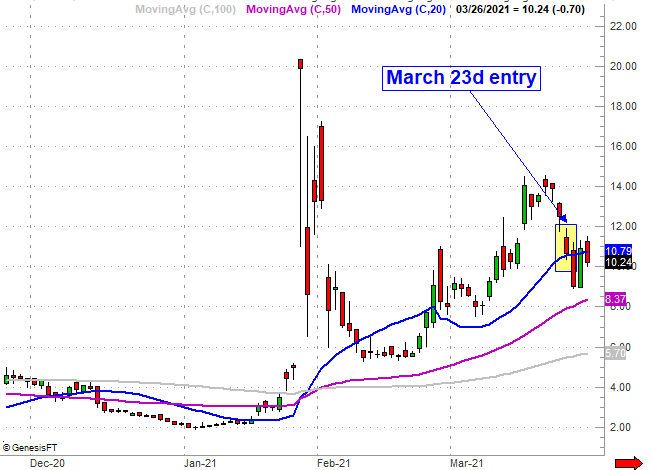 Surprised to see an entry on that sort of not-so-bullish day? Hold onto that thought for a moment, since we'll be circling back.

Some options traders may also be a bit surprised to see the selection of an option that's expiring nearly three months at. Just as surprising (if not more so) is that we opted for an out-of-the-money call, which are cheap, but potential problematic. Out of the money calls lose value a lot faster than in-the-money calls, and they're less responsive to changes in the underlying asset than in-the-money calls are.

There's a method to the madness, however, so to speak. These cheap out-of-the-money calls actually make the most sense from a risk/reward perspective when (1) you intend to hold the trade for a while, and (2) you've got every reason to believe there's some serious price movement brewing up. Without both of those factors, cheap three-month calls aren't exactly optimal.

We still weren't done, of course. With that sort of safety net already established, we can afford to take a big risk with the last portion.

That risk paid off. We ended up selling the last third of our AMC June monthly (06/18) 20 calls on June 4th at a price of $49.20, translating into a gain of more than 2900%. Between the three pieces of the trade, we averaged around a 1300% score here. Even if any subscriber experienced slippage and had to pay steep commissions, nobody walked away with less than a 1000% win on their AMC calls. 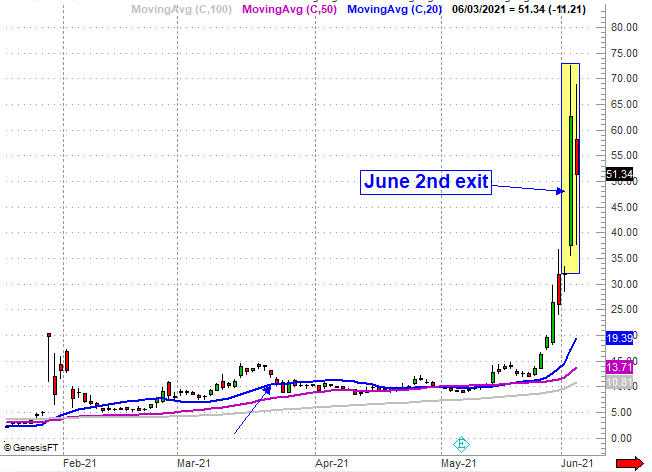 Yeah, but can you repeat this sort of outcome for yourself? Actually, it's not as out-of-reach as you might think, nor is it as difficult as the size of the gain might suggest. Indeed, the keys to this grand slam are actually pretty simple. The challenge is mustering the discipline and persistence to make it happen.

With that as the backdrop, here are the real takeaways from this big win:

If you don't have the time or inclination to find and manage these sorts of trades, don't sweat it - you're not alone. If you'd still like to achieve these sorts of gains, however, the Triple 3 Options Advisory is a great solution. New trades are signals at the end of the trading day, and alerts are sent at 6:00 PM ET. This avoids the need to constantly check your email or texts for new recommendations. Go here to learn more.