What Usually Happens to Stocks During Thanksgiving Week? 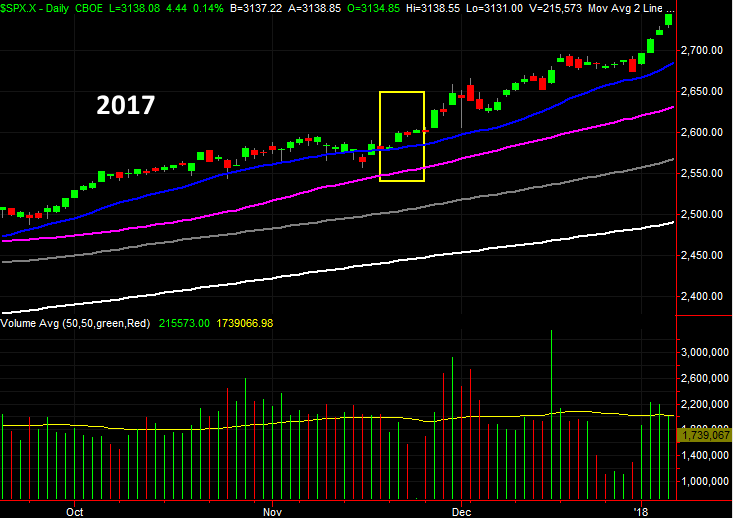 As most consumers prepare for Turkey feasts, travel, and maybe some shopping, hardcore traders are largely wondering if there's something about this week that's an opportunity to capitalize on. Or, if there's no particular trend to rely on, maybe that's good information too -- no need to try and make something out of nothing.

Broadly speaking, good news for the average investor... the week of Thanksgiving is usually a good one. The bad news, it's usually not an epic one, only averaging a gain because the market tends to make gains rather than regress anyway. And -- warning! -- sometimes when it's not bullish, it's very, very bearish.

This year's odd calendar has set the stage for perhaps a little more bullishness than usual, as the late Thanksgiving pushes the week closer to the usual year-end bullishness we see. Nevertheless, with Friday's half-session essentially being irrelevant (most pros and amateurs alike won't bother checking in after taking all of Thursday off, and with plans for the weekend headed into December), most of the action is going to take shape on Wednesday... and maybe Tuesday.

Whatever the case, with no clear tendency to tap into, the most sensible approach here is to simply show you what's happened to the S&P 500 each of the past ten Thanksgiving weeks. All ten were technically during bull markets, to the extent that matters. On each chart, the four-day week is boxed in; just recognize that the last daily bar is butted up against the Wednesday session, with the non-trading Thursday bar being skipped outright. And again, while more bullish than not, there are Thanksgiving week setbacks. Some of them can be nasty.

One only has to go back to last year to appreciate that point. Granted, a strong, overwhelming selloff was underway thanks to an incredible (and mostly unmerited) runup from earlier in the year. Still, it hurt. 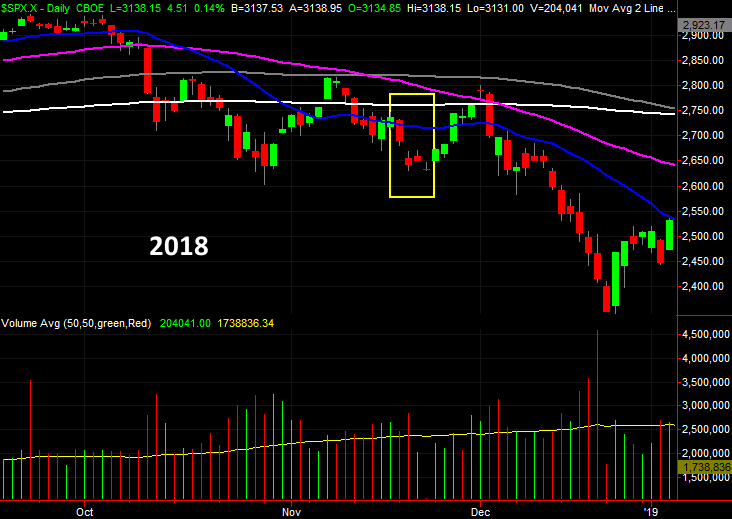 Things were better the year before that, as well as in 2016. 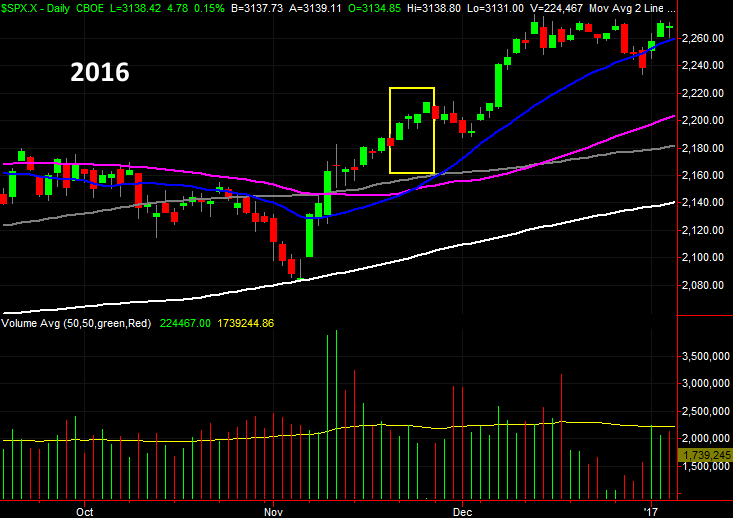 The year 2015 was... oddly unremarkable. Take note of the fact that we didn't get a Santa Claus rally that year, perhaps because the October gain left little room for further upside. 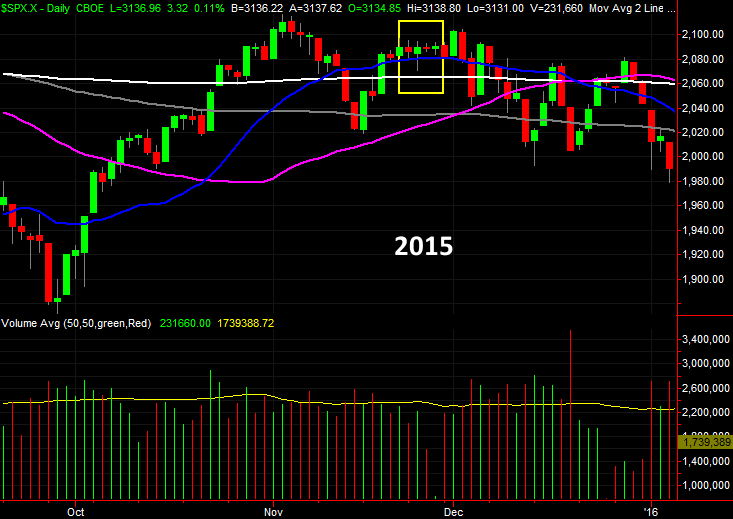 The year before, in 2014, a good start wasn't enough for a good finish. Again, no real Santa Claus rally. 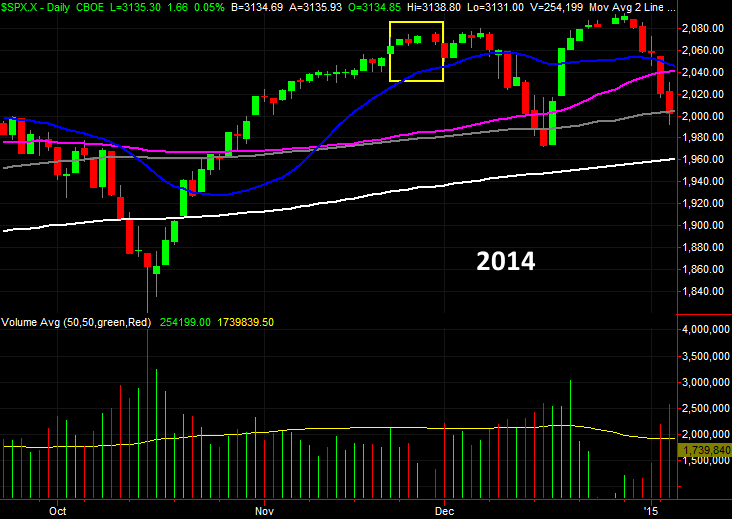 The days before and immediately after Thanksgiving in 2013 were technically bullish, but mostly tepid. 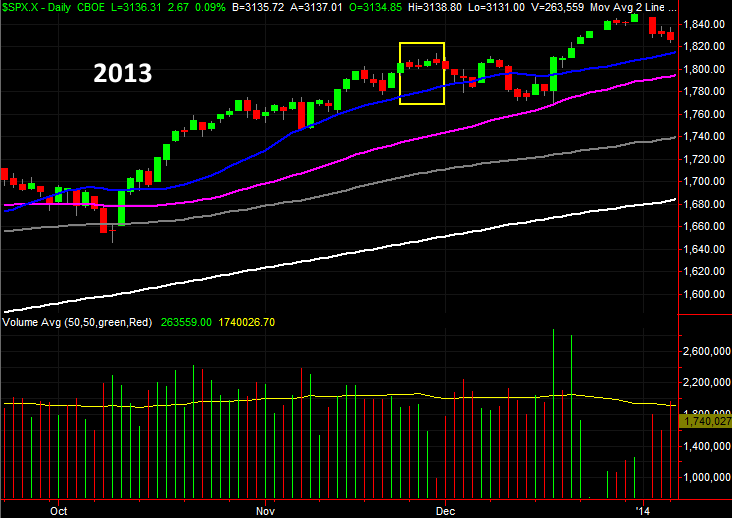 Thanksgiving week of 2012 was an incredible one for stocks, but keep it in perspective. The S&P 500 was primed for  a bounce that year, having been crushed in the weeks leading up to that holiday week. Even so, that reversal appears to have helped keep the market moving upward through December. 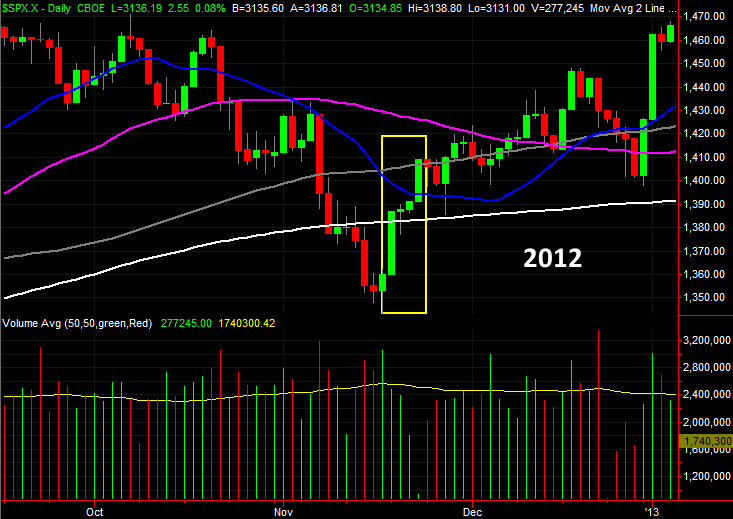 Thanksgiving week of 2011 was a disaster for stocks, plain and simple. We can't even chalk it up to the market being overbought at the time. 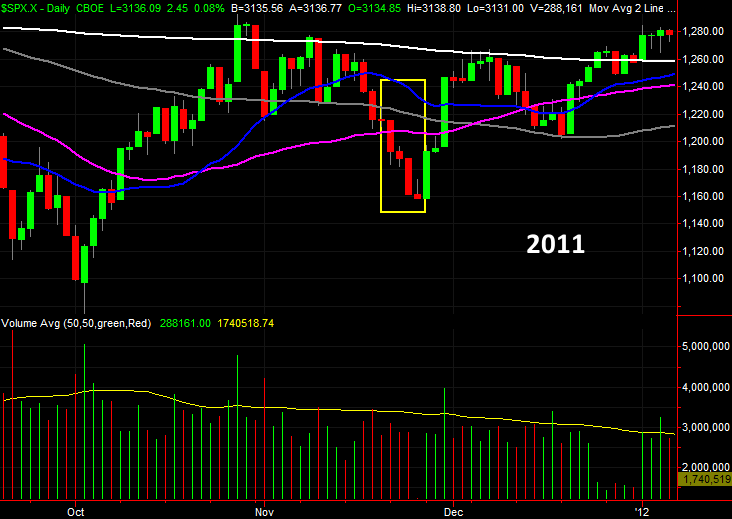 In 2010, the five-day (four-trading-day) span was a little bearish, but mostly lethargic. Even then though, the break was sandwiched between two clearly bullish phases. 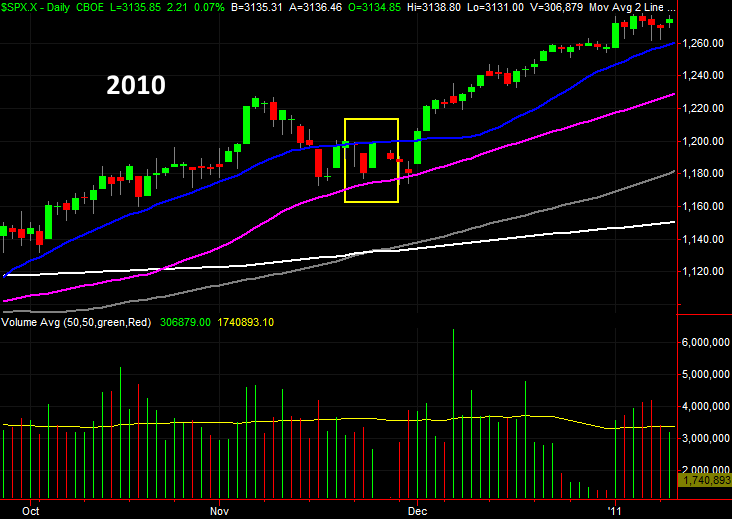 The year before that was technically another loser, though at least in 2009 you could argue that the S&P 500 was exhausted from the rebound effort it had hammered out earlier in the year. 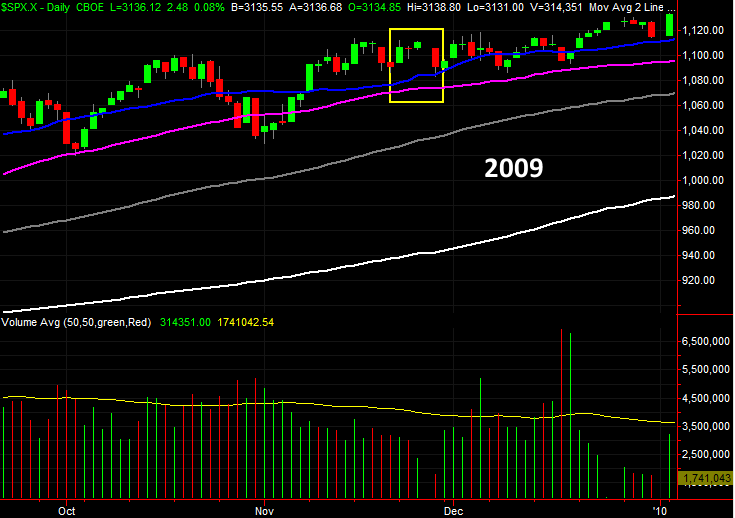 If you're keeping score, the S&P 500 actually lost ground in five of the past ten Thanksgiving weeks. It gained ground in three of them, and basically broke even in two of them. Given that it's presumed to be a modestly bullish time of year, that's a surprising, consistent lack of bullishness. It's certainly enough to lead a trader to the conclusion that there's nothing particularly special or reliable about what lies ahead for the rest of the trading week. Things may be bullish or bearish, but it's got little to do with the calendar.

Oh, and if you're curious as to the longer-term average gain for the week, the S&P 500 is up, on average, about 0.7% for this holiday-shortened trading period. It's done better in the distant past than it has in the more recent past. That may be another testament to just how unpredictable and choppy things have become.