Trading Tip: Get a Second Opinion 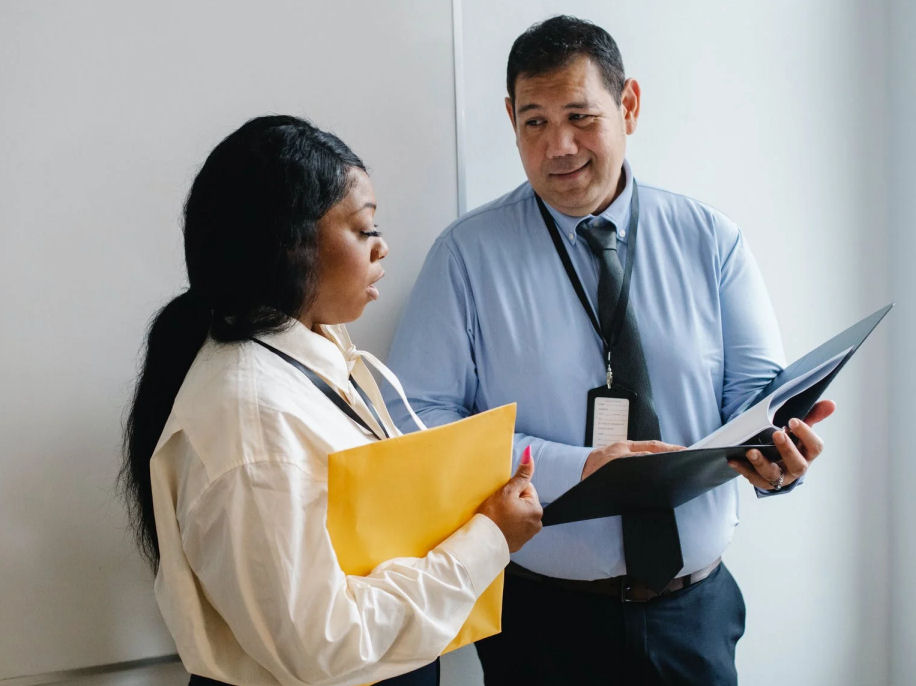 How does the old saying go? Two heads are better than one? It's not always true, but the point is well taken. Sometimes one person sees something another person may not see, and as such, capable of steering the duo away from trouble or perhaps into an unnoticed opportunity.

The idea applies to trading too... in a sense. While most traders tend to rely on one indicator or type of signal, it's wise to rely on two or more technical clues to prompt new positions.

Our Options Shark options trading advisory recently took on a new trade triggered by a trio of chart-based clues. These signals make for a great lesson to tuck away in the back of your mind for future reference.

First things first. Our Options Shark newsletter service is a high-risk, high-reward advisory that buys out of the money (and high gamma) options with planned holding periods of one to two weeks. As such, the ideal calls and puts used for this service expire around a month after the trade-entry date.

This paradigm alone dictates the type of indicators we can successfully use for these trades. Though we're looking for momentum, traditional momentum indicators like MACD or the Directional Movement Index (with an ADX kicker) won't quite do the job. They're too slow, or lagging, for these trades. But, oscillators like stochastic indicators or RSI signals won't work all that well either... at least not as they're intended to be used. They're great indicators of when a stock is overbought or oversold. But, the reversals they identify tend not to be all that big enough, fast enough. In certain environments - like the one were in now - oscillators have a tendency to throw errant signals.

If you use oscillators in the way they weren't intended to be used, however, you can actually catch some really good trades.

Here's the idea: Rather than trade in anticipation of a reversal of a major trend when an oscillator reached an overbought or oversold threshold, we're looking for a renewed sign of momentum as signaled by a tool like stochastics or RSI moving BACK into an oversold or overbought condition. This suggest the previous, major trend is back in swing.

You can see this on both of the oscillators we use to trigger trades for the Options Shark service. The commodity channel index, or CCI, was already bearish by virtue of breaking below the -100 level in late March, but briefly popped above that level by the end of last month and early this month when Bausch Health (BHC) pushed up and off of its 50-day moving average line (highlighted) in late March. But, that rebound effort ultimately failed, as signaled by the CCI line moving back under its -100 threshold. The Williams PercentR (or %R) line took a similar path, falling under its 20 "oversold" threshold late last month, moving back above it, then falling back under 20 just a few days ago to. It was an indication that the downtrend that took hold in mid-March was taking hold again. And this time, the bulls weren't standing in the way. 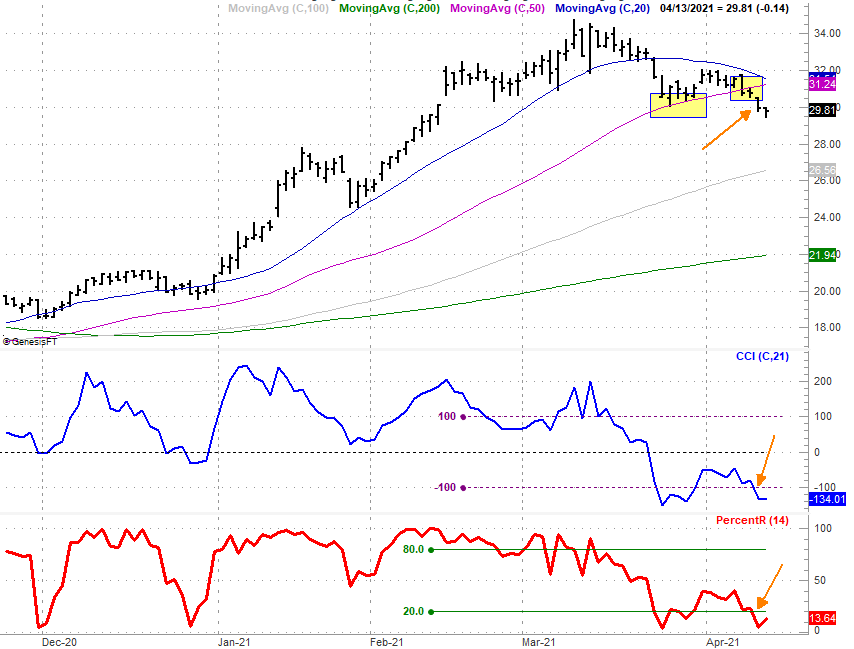 That's not the moral of the story though, so to speak. Sure, the %R indicator confirmed what the commodity channel index indicator told us, and vice versa - this downtrend's got some legs. But, what's so interesting here is how another incredibly simply clue confirmed what both the CCI and PercentR lines did. See the second highlight on the Bausch Health stock portion of the chart at the top of the graphic? That's when BHC stock broke under the 50-day moving average line (purple) that sparked the rebound effort just a few days earlier by serving as support. That little hint made it much easier to have some faith in what the two oscillators were telling us the day after it happened.

A couple of things to take in about this look....

First, if you're hoping to glean some technical trading parameters from our chart, help yourself, but know that the length settings we use for our CCI indicator and the %R indicator for Option Shark trades are not 21 and 14, respectively. That's proprietary data. We're just using the default setting on our charting software here for illustrative purposes.

Second, know that you don't always get such a "second opinion" from a chart to support your first one. Indeed, picking trades is rarely quite this clean, though if you look closely you'll likely find some sort of other helpful chart-based nuance. And even if you don't find it, that doesn't necessarily make that trade one that's not worth taking.

What's curious, however, is that it seems most of the really great trades anyone takes on tends to have two, three, or even several supporting clues like the one we saw above. Given how many people are now using charts to trade, odds are good they're acting on at least one of the signals from indicators you're also watching, creating something of a self-fulfilling prophecy you can capitalize on.

And if you'd like to learn more about our Options Shark trading advisory, go here.