Will Amazon Shares Run Out of Steam? 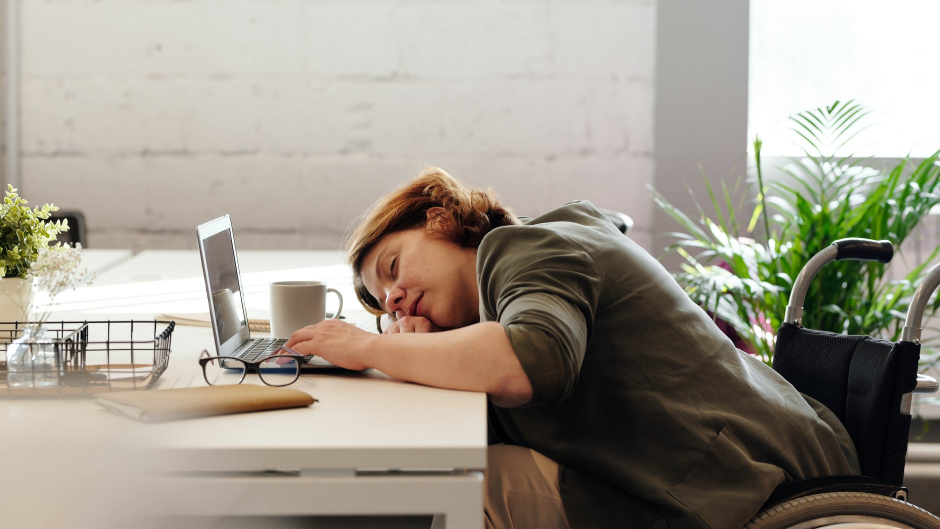 - Amazon has been scorching to the upside, leaving many investors stunned at the stock's move. Are shares about to take a break? Let's look at the chart. -

Amazon.com (AMZN) has been on fire, rallying almost 6% on Monday and topping $3,000 for the first time. After moving lower by 1.6% at one point on Tuesday, shares are back to flat on the day.

So far, it doesn’t seem like there’s any sort of exhaustion among buyers - particularly the way they gobbled up Tuesday’s morning dip.

Shares have almost doubled from the March lows, with the stock up 88%. Amazon now sports a market cap of more than $1.5 trillion, topped only by Apple (AAPL) and Microsoft (MSFT).

The question now becomes: How long can Amazon keep up this rally?

While the stock is certainly becoming extended, there is another upside target that investors could have their eye on. 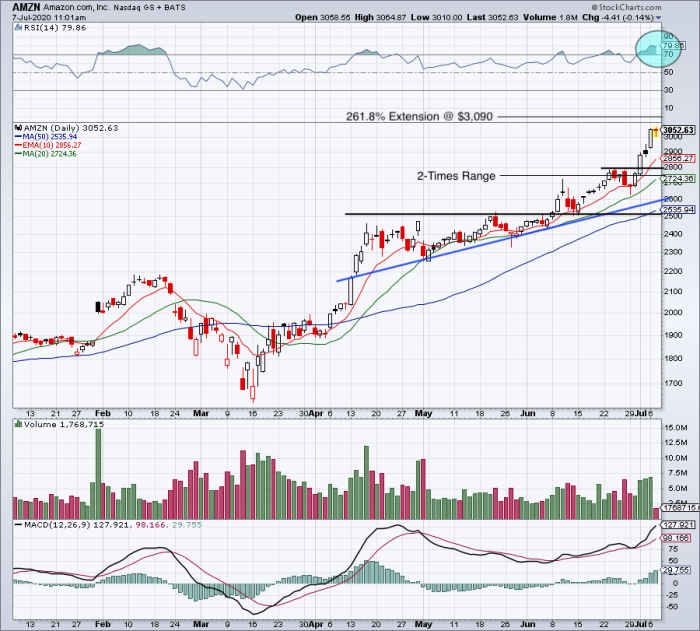 As you can see on the daily chart above, Amazon stock has been on fire. Shares burst higher in April, climbing almost 20% in just a few sessions.

The stock consolidated those gains while slowly drifting higher, until Amazon — and more broadly speaking, tech — caught a huge wave of momentum. That wave has been unrelenting, sending Amazon, Tesla  (TSLA)  and others scorching higher.

From its low just five trading sessions ago on June 29th, Amazon stock is already up more than 16%. Should the rally continue, look to see if shares can get to the 261.8% extension, up near $3,090.

If shares push through that mark, then even more upside becomes possible. When a train gets moving, it’s hard to know when it will stop. That’s why we ladder out of our positions and raise our stop-loss levels, as opposed to dumping a position all at once.

Over $3,090 and the three-times range extension up at $3,305 is in play. It’s hard to believe, I know, but this is the type of action we’ve seen play out perfectly in Tesla.

Hitting that level sure would make the analysts at Baird happy, too. They raised their price target on Amazon to $3,300 from $2,750 on Tuesday morning.

With all that said, Amazon stock is technically overbought and a pullback shouldn’t be surprisingly. On a dip, I want to see the $2,750 to $2,800 level act as support, provided the 10-day moving average doesn’t buoy shares first.

Below that and shares may pay a visit to the 50-day moving average.