GE could rally another 80%, according to this chart 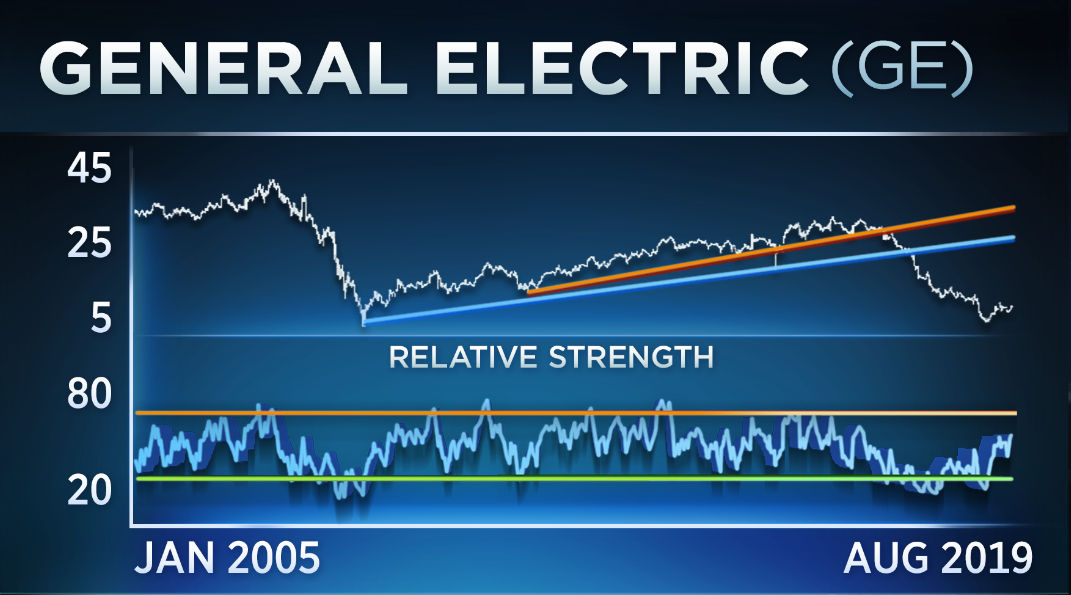 One General Electric bull says the stock is set to surge.

"It's been an impressive rise off the lows," said Newton, founder and president of consulting firm Newton Advisors, pointing to a long-term chart of GE. "We've shown signs of really trying to break out of this entire downtrend that it's been in since last May. ... It's actually about 30% under those levels, but yet in general, the momentum has started to really improve in this stock."

The optimism is based on GE's relative strength index hitting its highest level since 2017 and a bullish crossover in the stock's moving average convergence-divergence indicator.

"All this is constructive, in my opinion," Newton said. "Short term, people will look at charts of GE and say it's bearish, and I don't disagree with that."

"I do think that its stock can get up to $16 to $18, so I am an intermediate-term bull on this stock purely based on the momentum," he said. "But near term, it does have some work to do."

"This is just a long-term turnaround play," he said in the same Wednesday interview. "Bulls will make the argument that the combination of the health-care unit and the aviation unit combined is worth more than the current market cap of the entire company. That's fine, but the problem is the company's debt load. I mean, you're looking at a 200% debt-to-equity."

That leaves the company in a difficult position when it comes to improving its earnings per share, which came in at 14 cents last quarter.

"If they hit the 55-to-56-cent number next year, trading at 20 times that EPS, you're at a fair value of around 10 to 11 bucks a share," Tatro said. "So they're going to have to do a lot more — what we feel is probably selling of business units — than just cost-cutting to get that EPS up [and] that balance sheet stellar. It's going to take a long, long time."