FANG Stocks Update: Too Many of Them Are Fading 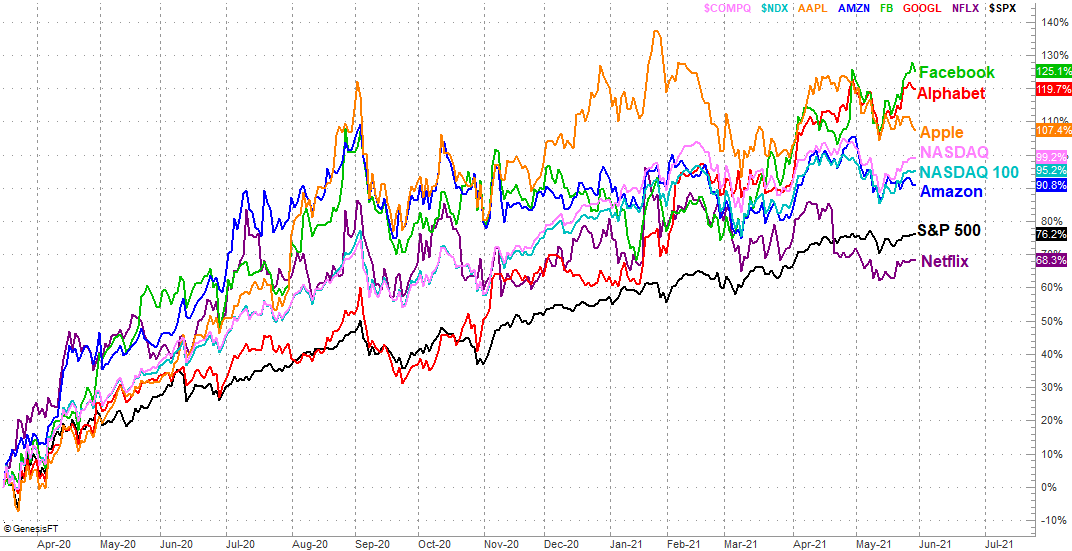 The broad market's still in bullish mode, but it's a struggle. And, it's more of a struggle for the NASDAQ's listing than the NYSE's. Moreover, the NASDAQ's biggest and most influential names - the so-called FANG stocks - are showing the most cracks of all. Three of them are on the verge of serious technical breakdowns, in fact, which could infect the overall market that's otherwise seemingly healthy.

First things first though... this is where we are as of Friday, comparing each stock's (and some key indices') performance going back to last March's lows. Amazon (AMZN) is starting to lag in a big way, and Apple (AAPL) is off its highs as well. Netflix (NFLX) appears to have stopped its bleeding, but it's hardly in recovery mode.

The real story here, however, is how close too many of the FANG stocks are so close to problems that could lead to sizable selloffs.

Take Netflix, for instance. The stock broke below the lower boundary of a narrowing trading range that's taken shape over the course of the past few months (framed in orange) earlier this month. While it's tried to crawl back above it in the meantime, that former floor is now acting as a ceiling, halting and then reversing Friday's effort to bounce back into the stock's trading range (highlighted). 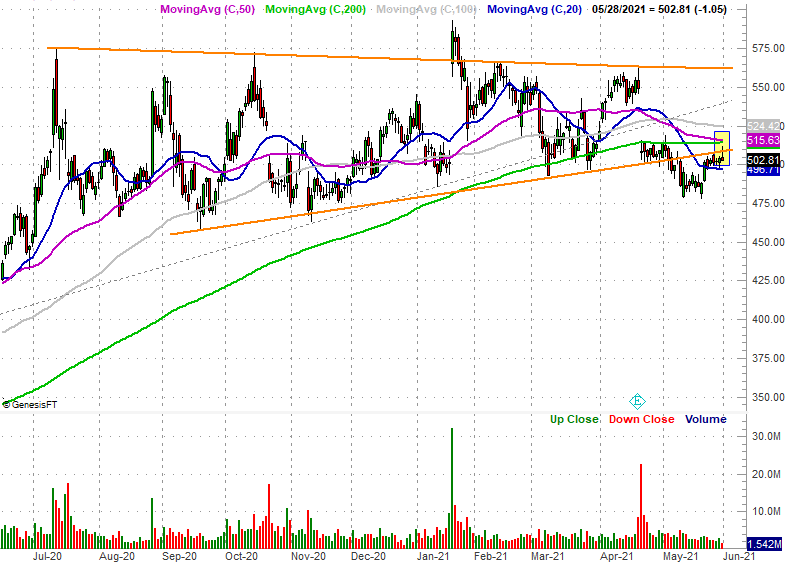 Also notice the 50-day moving average line (purple) is close to moving under the 200-day line (green)... an event called a "death cross" that signals a major shift in the direction of a stock's momentum.

Amazon is waving its own red flags. Following its be selloff in early May, shares attempted to bounce back later in the month. The 20-day moving average line (blue) blocked that attempt a few times, and as of the end of last week is barely being propped up by the 200-day moving average line (green). This is a critical long-term moving average. Amazon shares have slipped under it a couple of times since February, but managed to bounce back each time. The bulls aren't going to keep giving it the benefit of the doubt if it keeps on showing weakness. 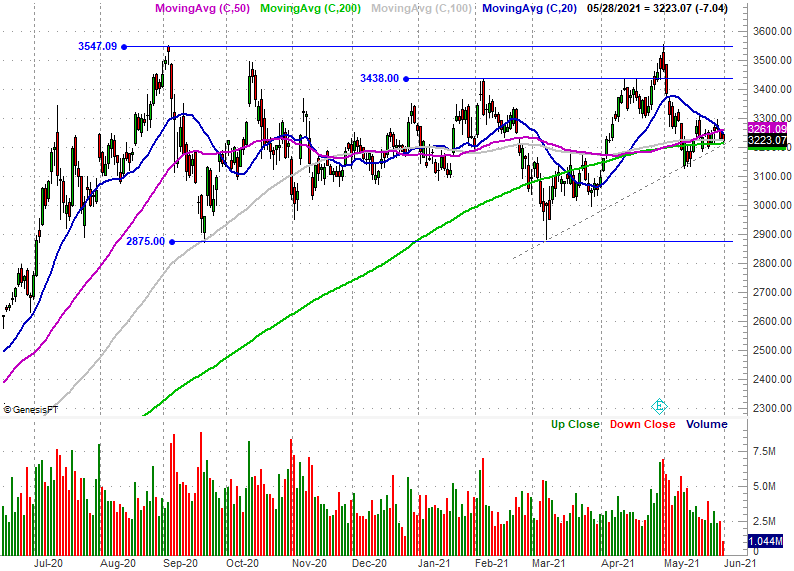 You'll also see a short-term support level (grey, dashed) is taking shape. A move under that floor could prove a bearish catalyst either.

Finally, Apple (AAPL) is close to slipping over the edge of a cliff. That cliff is once again the 200-day moving average line (green), which held up when tested as a floor a couple of times earlier this month. A third test is about to take shape, and this one will also test the straight-line floor that connects all the key lows since September (orange, dashed). 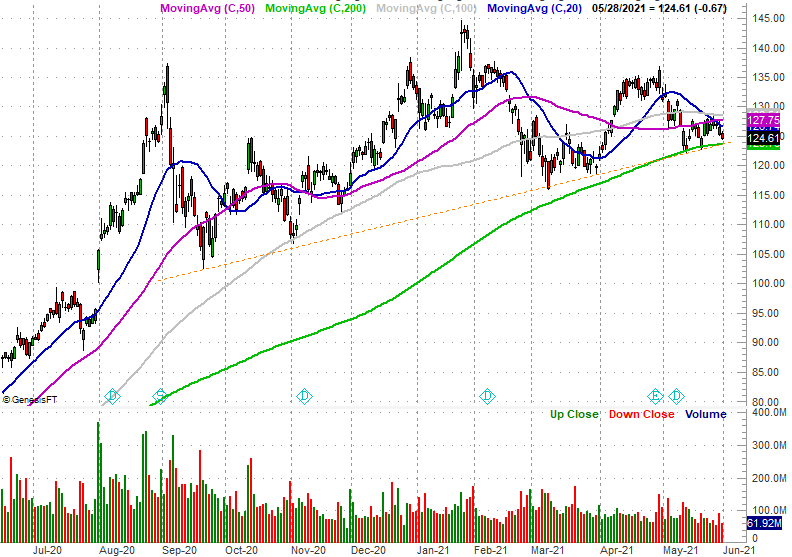 When multiple technical support floors converge, they mean a lot more. That can be a good thing as long as they hold up. But, a move below them is doubly disastrous.

These are brewing problems for the three stocks in focus, for the obvious reasons. But, there are bigger implications for the overall market. If these market-leading, pace-setting tickers start to fail, other stocks will start to mirror them. That starts an even bigger cascading effect that eventually impacts the whole stock market. That makes this coming week's action well worth watching, particularly given the time of year, and how overextended stocks still are from this year's early gains.