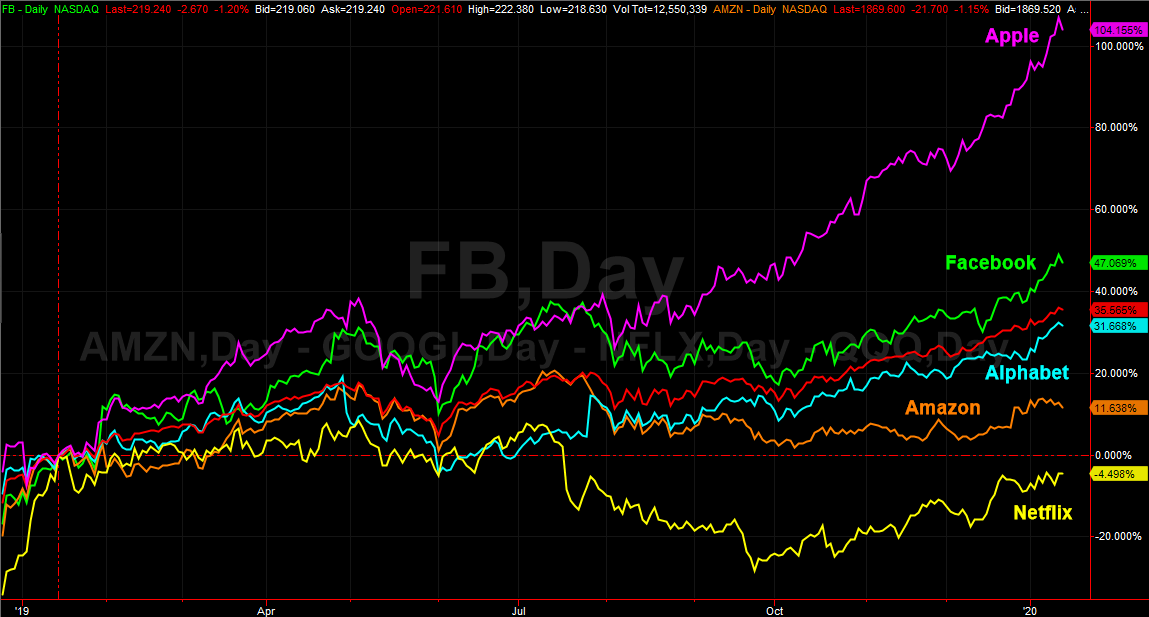 FANG stocks as a group - Facebook, Apple, Alphabet, Netflix and Amazon - may be collectively up to the tune of 35% for the past twelve months, but they've hardly moved as a herd. Apple has carried far more than its fair share of the weight with its 104% advance during this time, and Netflix is on the hole with a 5% decline despite its recent rebound effort. Amazon is up, but just barely, and Facebook has only managed to stay slightly ahead of the group's average.

A little disparity is nothing unusual. This much disparity, however, is a rarity. It's also about to be reversed, it seems.

The graphic puts things in perspective. Apple broke away in August of last year, and just when it looked like it may have reached a near-term climax, it continues to gain. No other name in the FANG group is even close. The advance looks and feels fairly secure at this point, but there's little room left to keep rolling. Would-be profit takers could easily push AAPL shares over the edge if the right (or wrong) spin headed into earnings in put in place.

Of all the FANG stocks worth exploring in detail though, it's Netflix. It reversed course in October, and has progressed at a slow but sustainable pace since. Yes, it's bumped into some turbulence this year so far. That's actually a fairly healthy development though. Its new ceiling is effectively the floor that tried to keep it propped up during the first half of last year. That should come back and be a point of contention now. 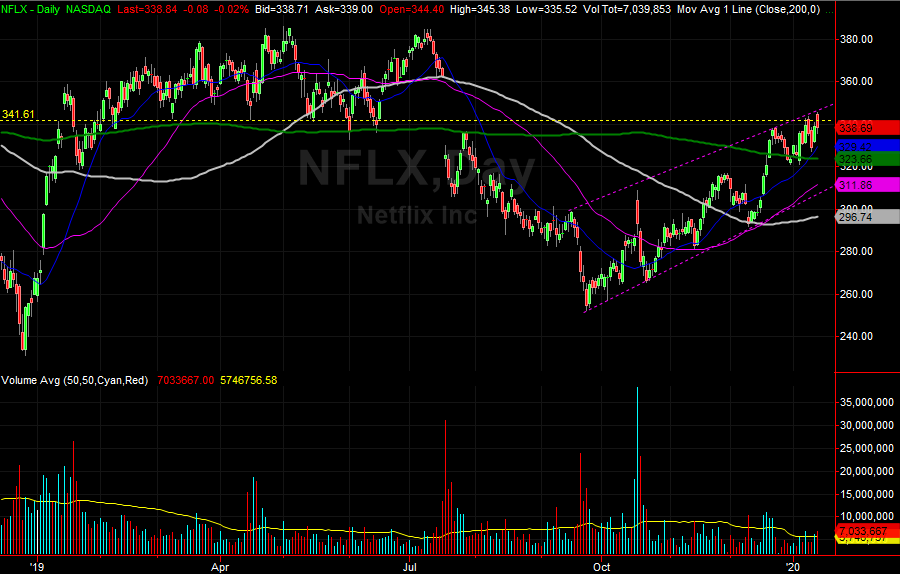 The current pause isn't just being fueled by that line at $341.60, however. There's also a rising technical ceiling that tags all the key peaks since September that appears to be in play. The good news is, NFLX is now back above all of its key moving average lines.

Whatever the case, take a step back and look at all the FANG names together. Most of them appear to be testing short-term ceiling, while Amazon doesn't even seem able to so that. It's the only one of the non-Netflix FANG stocks that's not testing record highs, but it's miles away from doing so. Traders just don't want anything to do with it. 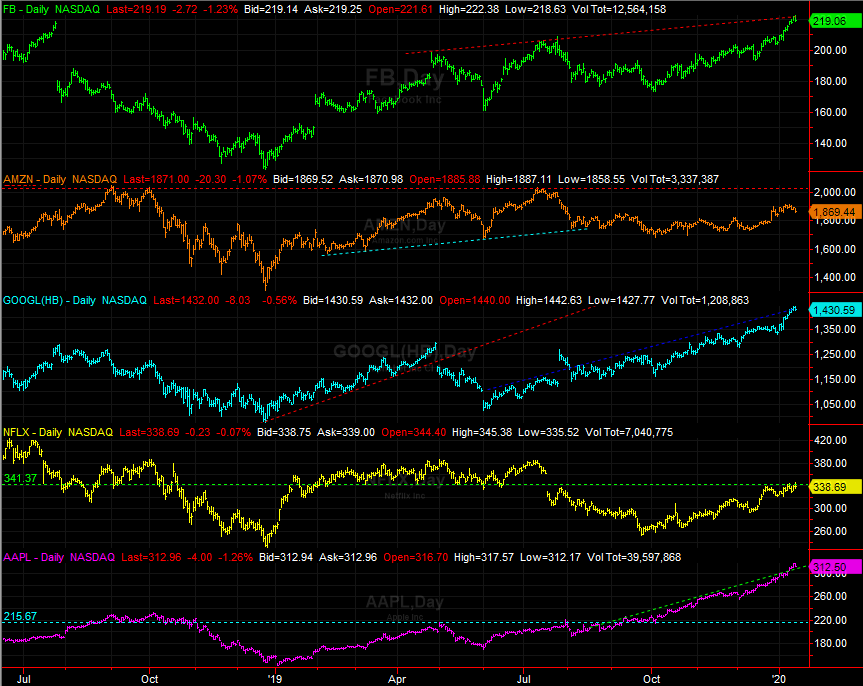 It may seem like overkill to drill this deeply into just five of the market's names, but it's not. While most stocks tend to move as a herd, the five that should - the FANG names - dish out oddly different performances despite all being lumped in together as the market's most important tech names, and the market's pace setters. That's a good thing though, as it means traders have an opportunity to jump in on the market's biggest trends. The trick? Spotting them in the first place.

If you'd like help doing so, and help in using the power of options to secure even more leverage with the market's most popular stocks, the BigTrends FANG Options Advisory was built from the ground up to do just that. To learn more about it, go here: https://www.bigtrends.com/products/fang-options-trader-advisory-service/