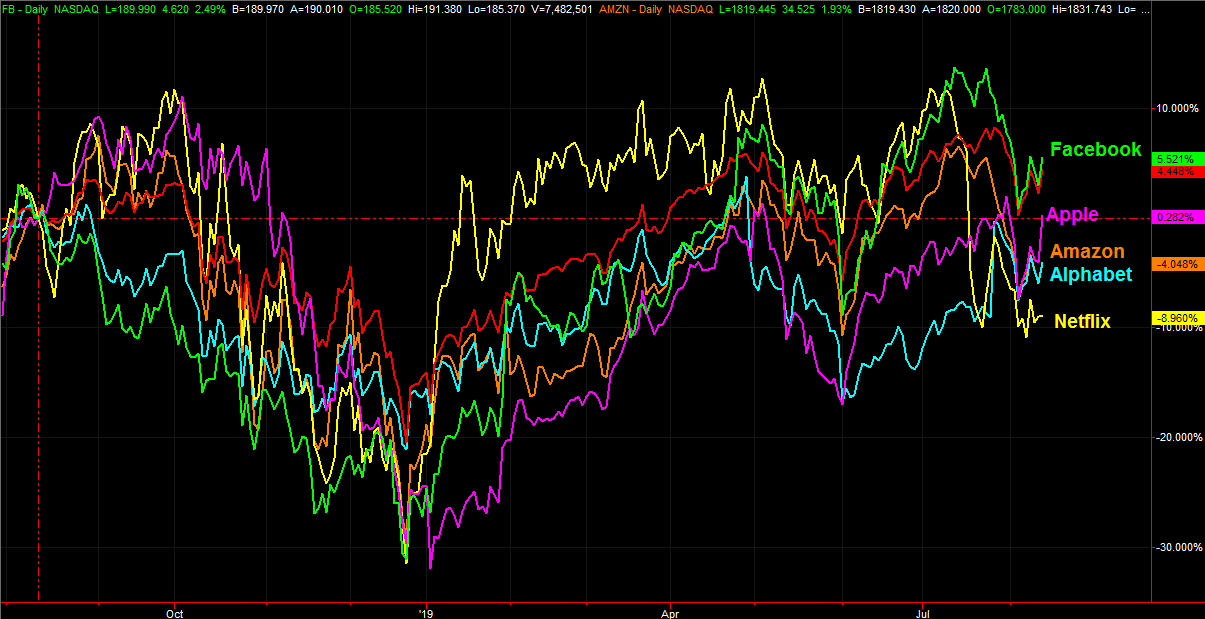 Stocks are on the mend on Tuesday, largely led by most of the all-important names that make of the group known as FANG stocks. But, the FANG stocks as a group and individually are far from showing us the convincing strength needed to pull the whole market out of trouble. Indeed, one name in particular is proving persistently weak.

The good news: Almost all five of the FANG stocks (technically FAANG stocks, but we’ll stick with convention) are benefiting from recent visits of well-established support levels. Not all of these floors are built the same. For instance, Facebook (FB) and Apple (AAPL) were pushed higher again last week after touching a technical support line that extends back to the late-December bottom. Amazon’s (AMZN) floor only took shape in February. Alphabet’s (GOOGL) only fell into place with its late-May low. 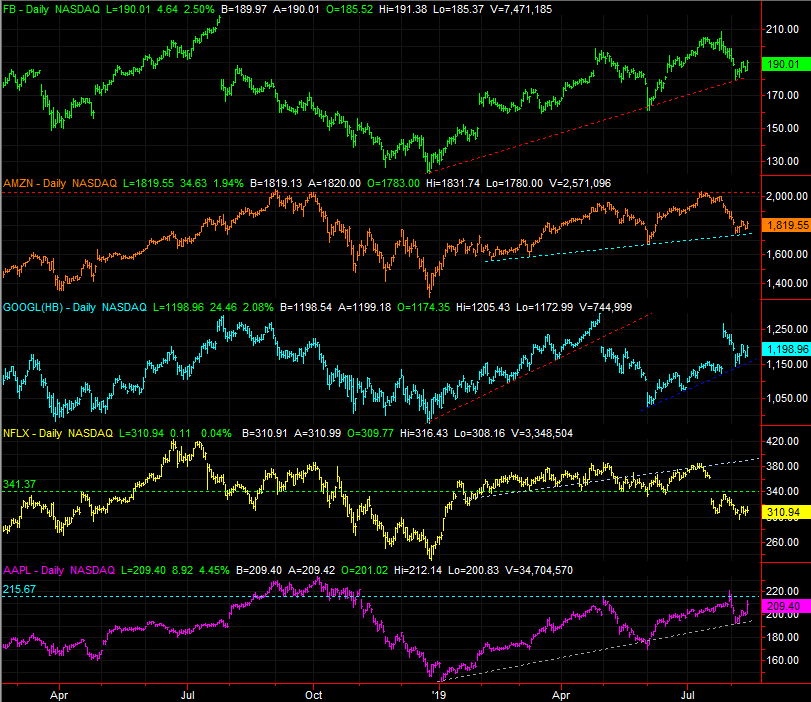 Netflix (NFLX), however, is suspiciously left out of this small bullish herd. It’s lagging, and by more than a little.

Earnings did the deed, or more specifically, the lack of new subscribers the company was able to garner up-ended NFLX shares in July, dragging the stock below a horizontal floor at $341 that had been propping it up since February.

It’s not the ideal breakdown though. The gap that was left behind in July is aching to be filled. The bulls had their first chance to do so late last month but ultimately failed. Such a recovery isn’t yet out of reach; the late-July lull hasn’t yet carried Netflix to uncomfortably lower lows yet. But, one more slip could do the trick.

To that end (and as was noted), it’s alarming that even against a backdrop of widespread bullishness on Tuesday, Netflix shares are struggling just to break even. In fact, NFLX has been left out of the rebound effort since its inception last week.

Of all the names that merit a closer look, it’s a seemingly disinteresting Amazon.com that actually deserves the closest attention.

As was noted, it’s been the beneficiary of a support level that connects all the key lows going back to February, plotted in yellow on the daily chart. Last week’s kiss of that floor, however, boasted the added bullish argument of being made right as the 200-day moving average line (green) was touched. No other FANG stock made the same pattern in the same place for the same reason. 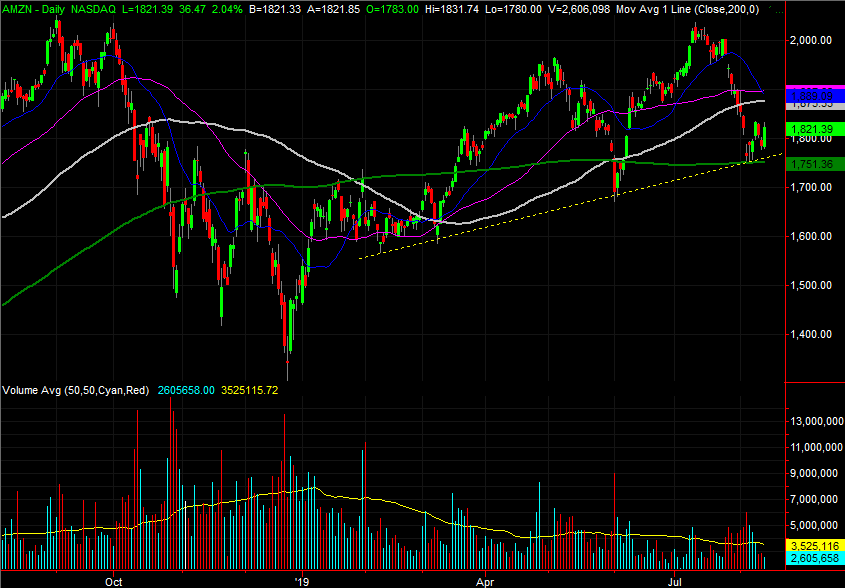 You can also infer, just with a quick look, that AMZN has the most room to recover from its recent pullback. Even with the 4% bounce from last week’s low, Amazon shares are still 10% below last month’s high.

That’s not a trade recommendation, officially or otherwise. But, perhaps it’s something that could develop into a trade.

If you’d like to harness the full power of the market’s most-traded and best-known stocks, the BigTrends FANG Options Advisory is what you need. This service specializes in the nuances and quirks of the market’s most active major movers, identifying trade opportunities most other options traders don’t see. Learn more here.