As Of Mid-Day Wednesday, The Market Just Slipped Into a Heap of Trouble 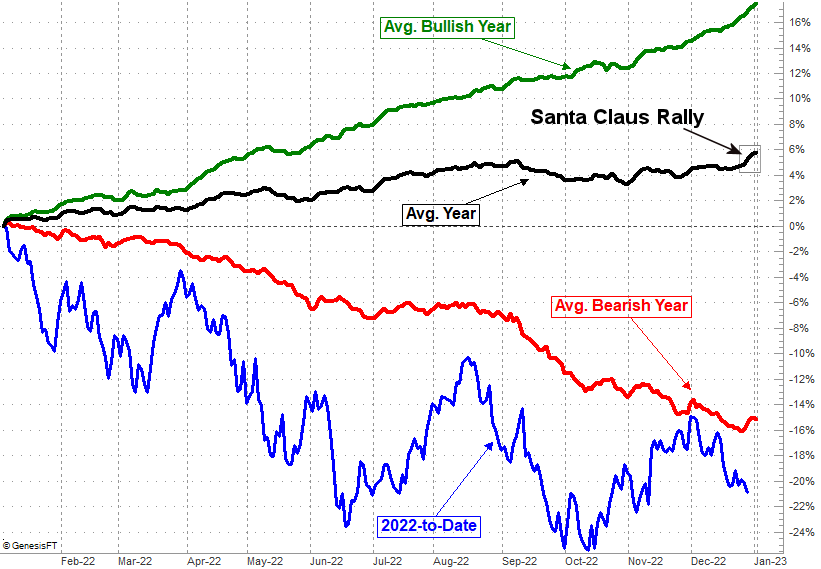 Don't jump to too firm of a conclusion just yet. As of the time of this commentary's posting, there are still about three hours left in today's trading session. Things could change for the better before the closing bell rings.

As it stands mid-day on Wednesday though, the market's now taking on more water than it can likely bail out fast enough to sidestep disaster.

Nowhere is this more readily apparent than on the daily chart of the NASDAQ Composite. The horizontal support level at 10,305 has now been eclipsed; today's low is 10,230 (and counting). The bulls didn't start out in the hole either. Stocks were actually up a bit for a short while earlier in the session. Once traders had time to think about things and make reasoned decisions though, they changed their mind. That's a worry. It would have been better if they just started out deep in the red and then changed their minds about that decision. 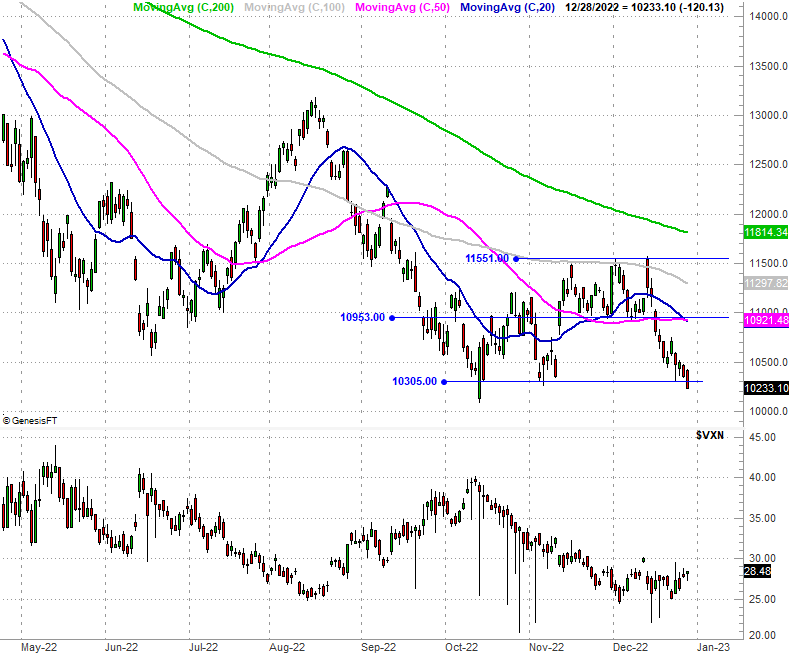 The Dow Jones Industrial Average is in a different kind of trouble, but in trouble all the same. It's been finding support at its 50-day moving average line (purple) since the 20th. Thanks to today's 0.9% stumble, however, it's now on pace to close below that floor. 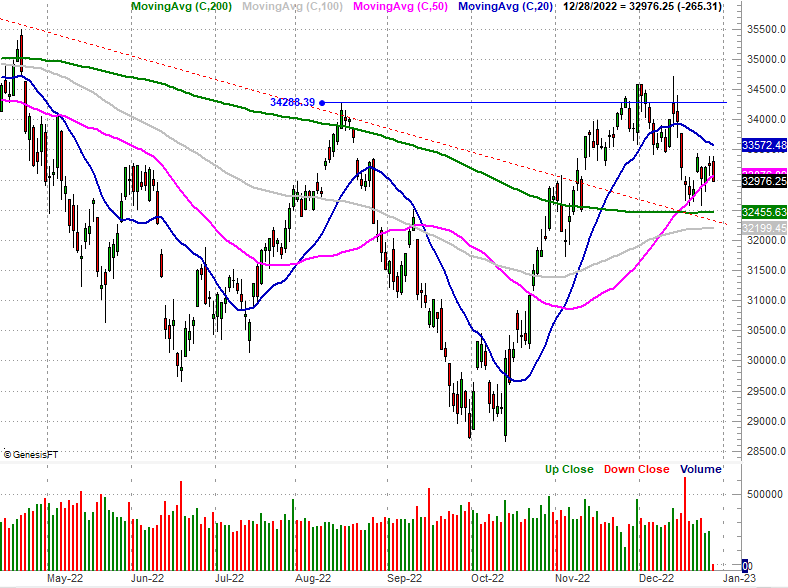 The S&P 500 is in the red by quite a bit too on Wednesday, although it doesn't mean as much as the selloffs from the Dow and the NASDAQ do. The index was already below all of its more important support levels. Nevertheless, should the S&P 500 fall any farther than today's low near 3793, that will mean it's fallen below any and all of its lows for the past couple of weeks. There are certainly no potential floors below that level, if it's broken. 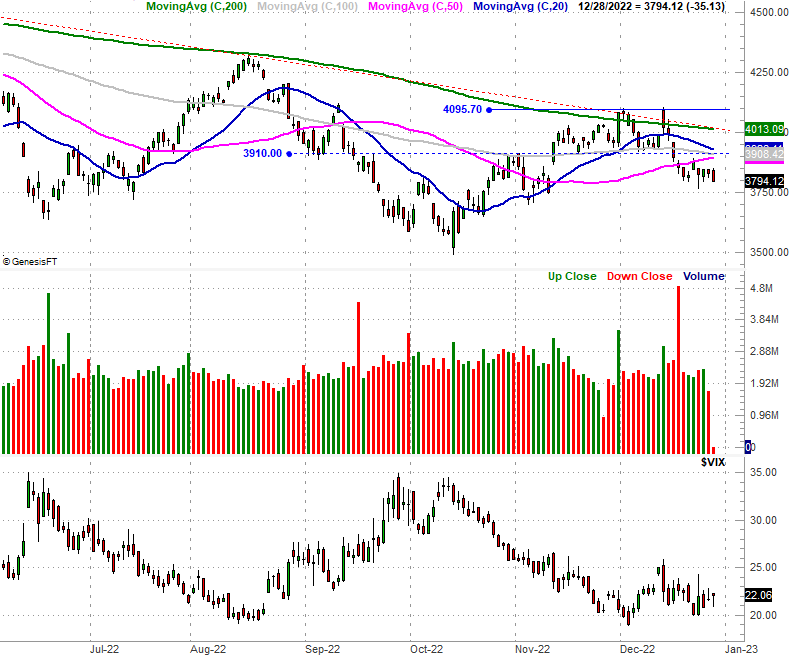 It's not entirely clear what sparked the selloff on a day that otherwise started on a bullish foot. There's more inflation afoot than likely was anticipated, in that today's cost-of-living report indicates consumers' dollars aren't going quite as far as they used to. That's not exactly a surprising report anymore though.

And that's a problem in and of itself. Traders may have already quietly, tacitly planned to sell stocks today no matter what. They just needed an excuse, and an opportunity.

Whatever the prompt, it's a problem with bigger-picture implications.

Students of the market may know the "Santa Claus rally" so often spoke of tends to take shape in the few days between the Christmas holiday and New Year's. This week that span falls right between weekends as well, although that's not always the case.

Where the usual year-end rally fits into the calendar, however, isn't exactly important. What is important is that the last four to five trading days of the calendar year are usually mildly bullish. When they're not though, they're often very, very bearish. That may be because if stocks don't give the market much of anything to be bullish about, traders throw in the towel.

Traders also lock in gains or losses for tax purposes around this time of year. In this case it looks like they're doing so without replacing those exits with any new positions.

Whatever the case, if today's mid-day action is a reflection of the average mindset, we could see fairly firm selling pressure all the way through to the end of the calendar year (adjusting for increasing disinterest in trading altogether). This of course means we could be starting the new year fielding some bearish momentum established at the end of the prior calendar year.

And that's a problem too. The first couple of days of the trading year are generally bullish, although not wildly so. If we start 2023 off on the wrong foot it could send the wrong message and set a bearish tone for the remainder of the year... the so-called "First Five Days" phenomenon. While the FFD assumption doesn't exactly hold water very well, it holds enough to rightfully worry investors even if it doesn't mean the market will end the year in the red. It could still drag the market to even lower lows at some point in the middle of the year. That of course is about when the bear market would normally be ending anyway.

But, first things first. The market just might end up bouncing back from Wednesday's intraday selloff to end the session with a gain. We just want to point the possibility out to you before today's trading came to a close so you would know to look for something, and what to look for.