Friday's Plunge May Have Been Manufactured... and a Bottom 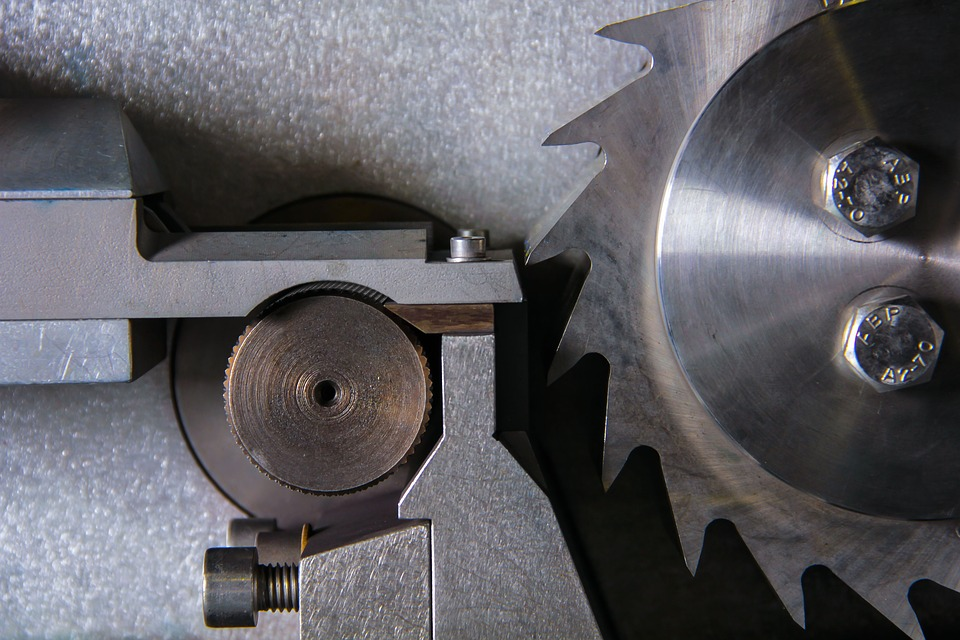 Just when you think things can't get any worse for stocks, the get worse. Friday's 2.08% tumble for the S&P 500 topped off 7.0% loss for the index, and continued the losing streak to seven days. Stocks are now down 17.7% from their September high, though the NASDAQ is actually off by more than 20% from its peak.

It looks, and feels, ugly.

What if, however, the selling was largely artificial?

Don't dismiss the idea. Don't read too much into it either. Stocks certainly have some things investors want addressed. Namely, can companies really reach relatively lofty earnings expectations for 2019 when interest rates are climbing and the trade war is still a hotly contested test of spirits? It's entirely likely the bulk of the recent selling was being driven by a couple of different factors that will quite literally no longer matter once the new trading week begins.

Ever heard of a triple-witching or a quadruple-witching day? It's the convergence of expiration dates for a huge number of futures and options... the third Friday of every month, though the third Friday of the final month of any calendar quarter sees an extra batch of expirations. Options and futures can be exercised at any point up until they expire, but they can't be used after they expire.

As one might suspect, a bunch of traders were waiting until the last possible minute to make a decision about all the derivatives that expired on December 21st. Their action may have actually forced an already falling market even lower.

The market environment helps tilt that activity one direction or the other, to be fair. That is to say, a wave of expiration-related activity can make a bad market worse, or a bullish market even better. In this case, matters went from bad to worse.

But stocks were in a freefall before Friday? Yes, they were, but a huge number of traders were also already making decisions about their contracts that were set to expire on Friday, looking to avoid the rush. It's entirely possible that activity started as far back as a week ago. 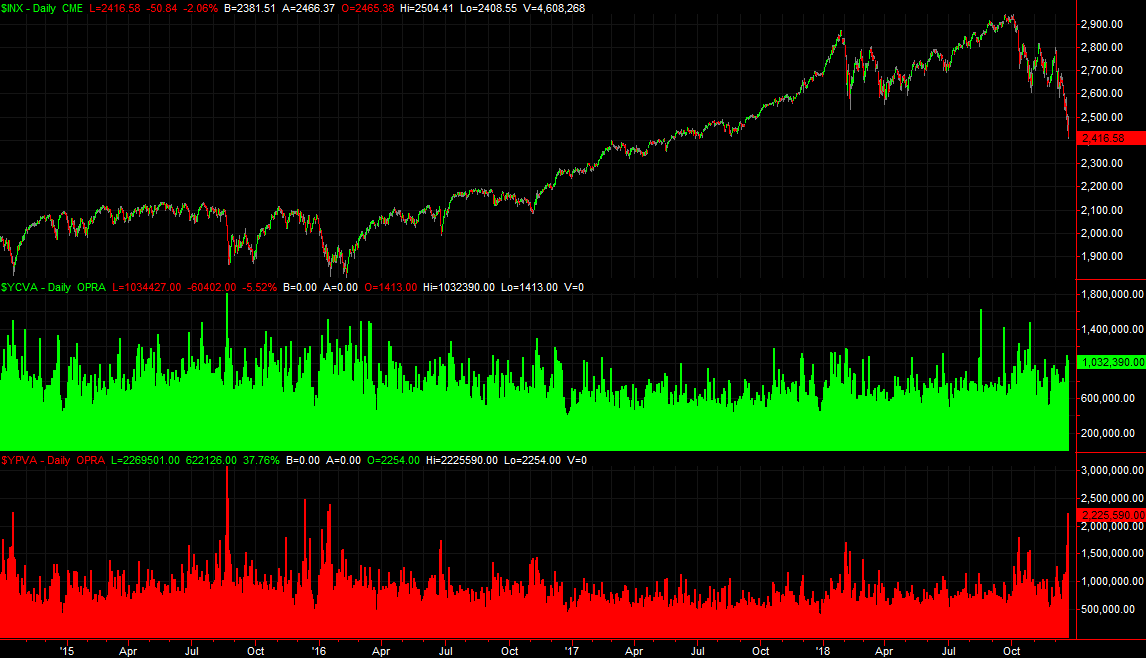 Early 2016, by the way, marked a rather major bottom and the beginning of a pronged rally. It's possible we've once again cleaned the slate by flushing the last of the sellers out.

Friday was also a huge day for index funds. Inexplicably, they choose to rebalance their portfolios on the third Friday of the final month of the quarter as well, exacerbating the volatility. Given that a record number of capital is now tied up in index-based funds, it comes as no surprise that this month's rebalancing alone is expected to have driven almost $24 billion worth of trading activity.

The day's stock-trading volume makes clear that at big swath of this rebalancing activity was part of Friday's action. It was the highest volume day we've seen from the market since August 21st, when stocks were crashing in response to turmoil in President Trump's White House.

That plunge didn't last either. Indeed, most volume spikes over the course of the past several months resulted in big-time pivots, both up and down. In light of the unusual circumstances behind Friday's painfully ugly volume surge, it would be unwise to assume the current downtrend is destined to continue. Market constructs like expiration days and index fund rebalancing may have created the very capitulation we've been waiting on.

Clearly this isn't an environment where such a theory should be blindly tested. The severity of the current pullback has become so painful that terrified investors may have concluded the only possible outcome from here is more losses. If they believe it enough, they'll eventually make it happen... a self-fulfilling prophecy.

Take a closer look at the bigger picture though, and you'll see the only thing there really is to fear here is fear itself.