If You Think it Matters, This is the S&P 500's Current, Stretched Valuation 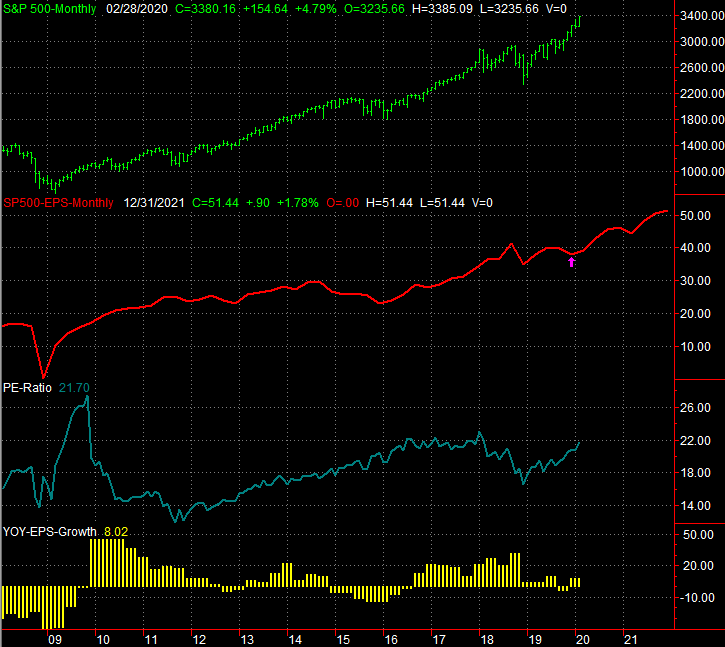 It's not exactly a centerpiece of the typical trader's repertoire. In fact, even to most investors willing to stick with stocks for the long haul, the importance of valuation is questionable.

There are extreme cases where a market's valuation reaches such an extreme, however, where nobody can afford to ignore fundamentals. This is one of those times, with the S&P 500 knocking on the door of its highest trailing P/E in years... and toying with decades. Traders continue to find new ways to ignore the backdrop. That can't keep happening forever though.

The great irony? It's only the S&P 500 that's oddly overvalued. Small cap stocks, as measured by the S&P 600 small cap index, is actually about as cheap as it's been in years. That still doesn't matter much to traders who are only looking for a quick trade, on the order of a few days. But, even to traders that might occasionally scoop up some names to hold onto for the long-term, the disparity is something that must be examined in detail.

The graphic below tells half the tale, comparing the S&P 500 index to its trailing per-share earnings figure (red), which is then compared to the trailing P/E (blue) and the YOY earnings growth for all quarters going back more than a decade (yellow). Thanks to the recent meteoric rise of the S&P 500 that hasn't been matched by actual earnings growth, the market's trailing P/E stands at 21.7. That's just a hair below the peak of 23.1 for the last quarter of 2017.

It's not terribly difficult to figure out what's driving this rally. Investors are betting the S&P 500's earnings will grow this year, as projected. Notice, however, that such growth would be a clear break out of the sideways funk earnings have been in for over a year. Is that stimulus waiting out there? Maybe. Easing tariff war tension could help. But, the consensus that we're in the latter part of an economic growth cycle still prevails. It would take some serious luck and work to spur the kind of growth investors have been told to expect.

To that end, know that it's very unlikely the S&P 500 will actually reach those earnings targets. A year ago the S&P 500 was expected to earn $172.62 per share in 2019. Now it's going to earn something closer to $155.79, with that figure being steadily whittled down all year long... as is usually the case.

In other words, while the forward-looking P/E may be 19.4, it's very unlikely to earn what's needed to justify that expectation. 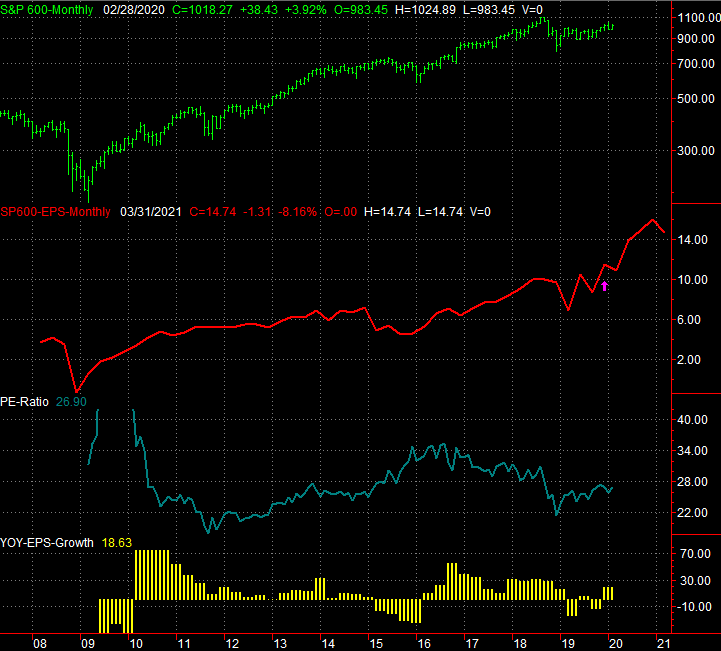 The reason investors are favoring large caps so much more than small caps is... well, that's complicated, and even a little misleading in the wording. Investors aren't quite plowing into all large caps at the expense of small caps. They're plowing into mega-caps -- or the very largest of the large caps -- as a means of protecting themselves what could be economic turbulence. They're not as excited about small caps, which could be big, early victims of economic headwinds.

Yes, that somewhat wrecks the idea about large caps as a group (or the S&P 500 specifically) have raced too far, too fast and caused the market to be overvalue. Only a few names are truly overvalued. The rest may well be reasonably valued. On the other hand, regardless of the marketwide valuation's underpinnings, those mega caps have dragged the large cap index into a valuation problem that will have to be resolved. The best resolution is still an unwinding of the mega caps' rallies that have driven valuations to unsustainable levels.

Does this matter to traders? Again, not really... except as it pertains to traders' large cap and small cap holdings. But, given the degree of disparity between large caps and small caps, there's opportunity buried in the potential closure of the gap between the two groups. It's bearish for larger caps (or at least not bullish), but bullish for small caps (more so than large caps anyway).

Do with that data what you will.