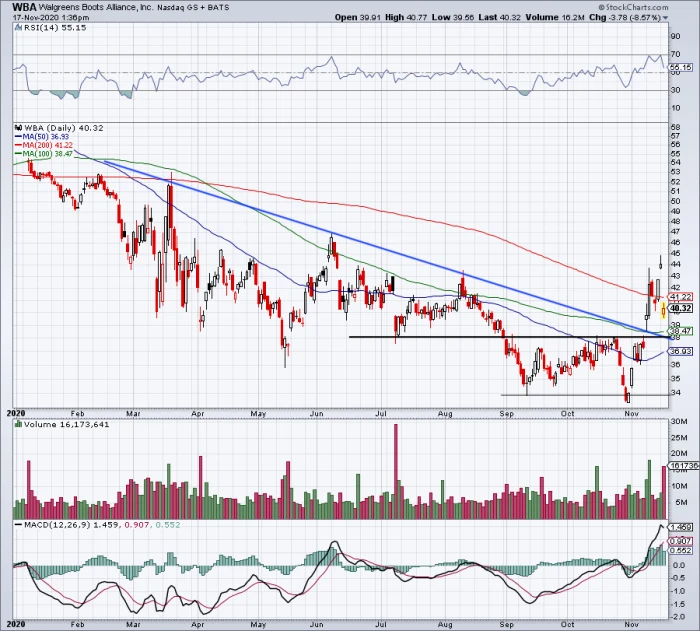 - Amazon is entering the pharmacy-delivery space, and shares of Walgreens and CVS drop. Here's how to trade the drugstore chains now. -

Amazon  (AMZN) is entering the pharmacy-delivery space, and the move sent a shudder through the industry.

While Amazon is up 1% on the day, CVS Health  (CVS), Walgreens  (WBA) and Rite Aid  (RAD) are all under pressure on the news.

CVS Health and Walgreens are two of the biggest players in the space and are each down more than 8% on the day.

Bulls will argue the obvious, which is that both stocks trade at low valuations - Walgreens trades at 8.5 times this year's earnings estimates while CVS trades at 9 times - and both pay nice dividends.

They'll also argue that this news shouldn't be all that surprising, with Amazon acquiring PillPack in 2018.

Let's look at the charts to see what's going on and what might happen next. 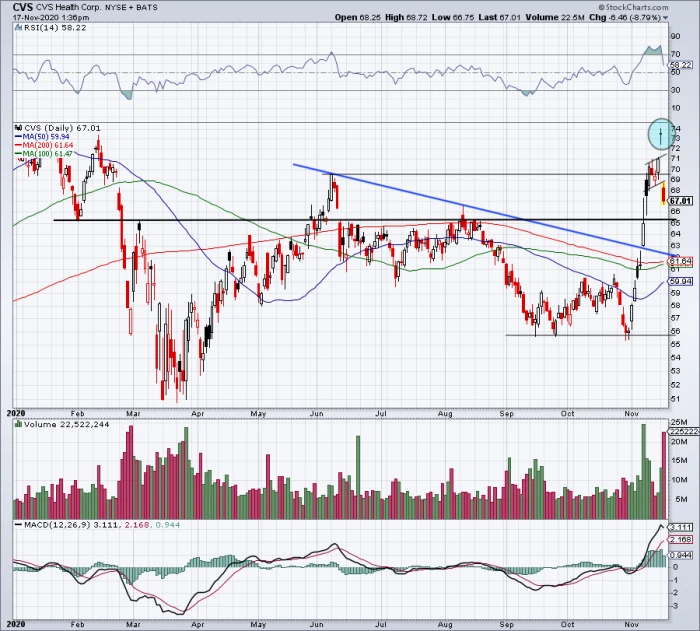 As Real Money contributor and legendary technician Helene Meisler points out, CVS has an island top reversal formation on the daily chart (highlighted by the blue circle).

Tuesday's action has CVS stock blowing through its recent consolidation zone, putting $65 back in play. While acting as support in early February, this level had been resistance multiple times since then.

The bulls will want to see CVS find its footing near this zone. Should it fail, the backside of prior downtrend resistance (blue line) and a collection of key moving averages between $61 and $62 will be the next area of support.

Walgreens has a similar, albeit slightly more depressing, chart than CVS does. With Tuesday's dip, the shares are losing the 200-day moving average, which took so long for the stock to reclaim.

In any regard, the dip puts the $38-to-$38.50 area in play. There, it finds former resistance, the 100-day moving average and the backside of prior downtrend resistance (blue line).

If Walgreens loses that zone and the 50-day moving average, the $34 area could be back in play.

On the upside, I want to see Walgreens reclaim the 200-day moving average.