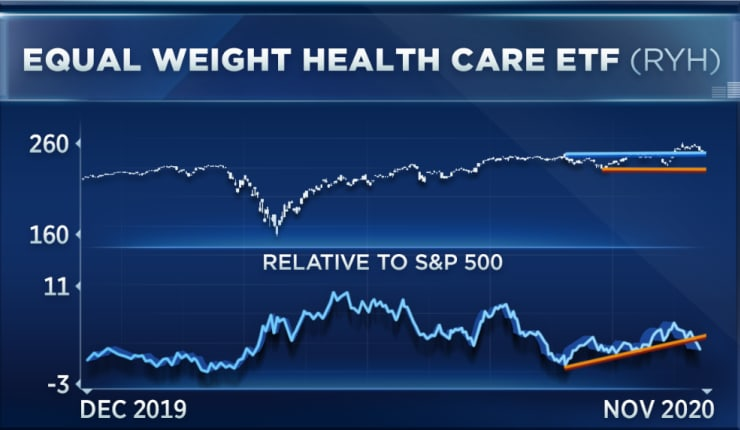 Positive vaccine news this week has failed to give the health-care sector a lift.

The XLV health care ETF, which holds Johnson & Johnson and UnitedHealth among its top components, is down 3% week to date. The S&P 500, by comparison, is roughly flat.

The charts help to put the sector's underperformance into perspective, said Mark Newton, founder of Newton Advisors. The RYH equal weight health-care ETF, which strips out the outsized effect from large caps including Pfizer and Merck, is showing signs of weakening.

"This shows gradual signs of [the sector] starting to roll over. The bottom chart actually shows in relative terms health care breaking down versus the S&P, so I think that's the first thing to note - that on a relative basis, health care actually has been down and really broke down starting in the beginning of November," Newton told CNBC's "Trading Nation" on Thursday.

His second chart, the XLV ETF, shows the group has rallied up into a key resistance level and has begun to stall out. The NYSE pharmaceutical index also highlights recent weakness, he said. 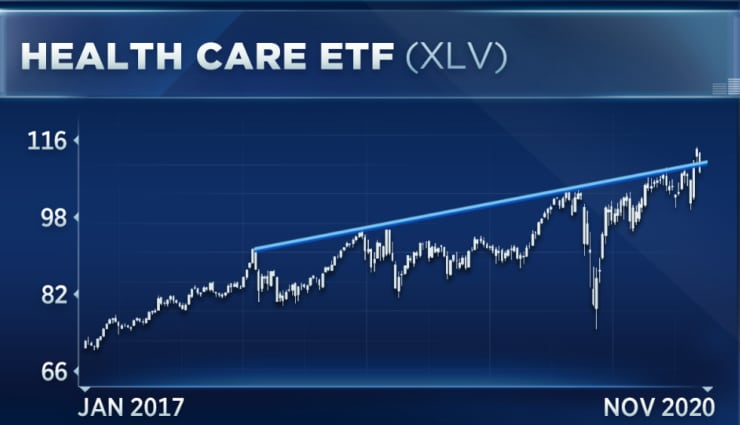 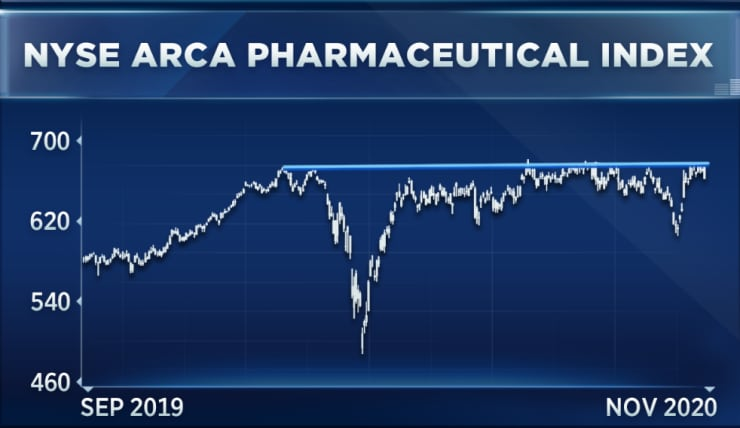 "The combination of these makes me think that we are likely to see further pressure in the sector in the near term," said Newton. "Health-care outperformance likely is going to have to take a backseat in the short run, and it likely is not going to materialize again until maybe sometime next year."

"We like this sector going forward. We think from a holistic standpoint, we're going to see a massive rotation from growth into value. And as we look specifically to the health-care space from a macro standpoint, our demographics are getting much older," Bapis said during the same "Trading Nation" segment.

He added that the stocks offer good value and a healthy dividend.

"A low PE stock with it with a high dividend yield could be the way that people make investments rather than just owning Treasuries yielding nothing, and many of the fixed income vehicles are yielding very low yields," he said.