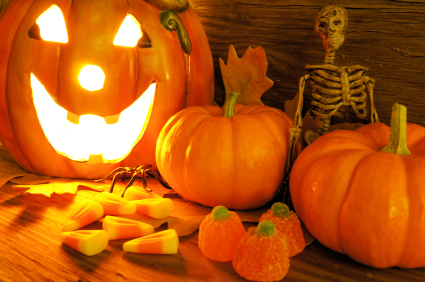 That is to paraphrase the late Dennis Green, who more than a decade ago, famously declared of the NFL’s Chicago Bears: they “are who we thought they were. And we let them off the hook.”

Stock-market investors may be sharing that sentiment after seemingly having victory in sight on Tuesday, as did the Arizona Cardinals then-coached by Green back in 2006.

But there may be hope yet for Wall Street after a pair of withering losses.

Early Tuesday, the Dow Jones Industrial Average DJIA, -1.86%  had boasted a nearly 130-point gain, and the S&P 500 index SPX, -1.79% and the Nasdaq Composite Index COMP, -1.56% were enjoying a healthy start to a month that has been known for its turbulent streak.

However, after the weakest manufacturing report in about a decade, the investment mood was shattered. All three benchmarks finished with declines of at least 1% and the Dow and S&P 500 notched their worst daily losses since Aug. 23, according to FactSet data.

On Wednesday, a weaker-than-expected reading of private-sector employment from Automatic Data Processing Inc., 135,000 in September, helped to cement a downbeat tone for investors.

That said, the analyst at Bespoke Investment Group say that a weak start to October doesn’t necessarily mean that all is lost for the remainder of the month and year.

There have been 14 trading days in which the S&P 500 has fallen by at least 1% in the first trading day in October. But, the S&P has gained an average of 3.75% for the rest of October when it has had such a start and has finished positive in the remaining three months after a 1% decline to start the month, boasting an average gain of 7.2% for the quarter.

“Bulls would certainly take a 1% decline today if it meant 7%+ gains through year-end compared to the average gain of 2.43% for all years,” Bespoke wrote on Tuesday (see the table below).

October has notoriously been a rough stretch for equity indexes, marked by the stock-market plunge that led to the 1929 Great Depression, the 1987 crash and the 2007-’08 financial crisis, prompting Stock Trader’s Almanac to refer to the month as the “jinx month” for equities.

But in this case, maybe Tuesday’s reminder that October is fraught for investors means that all the bearishness is out of Wall Street’s system.

Bespoke cautions, however, not to get too carried away with optimism that their data may imply:

“This isn’t to suggest that markets are going to be free and clear for the rest of the year, but it goes to show that bad starts to Q4 aren’t the end of the world either,” Bespoke’s analysts write.

All of this action puts the onus on Friday’s jobs report to demonstrate that the wheels aren’t entirely coming off U.S. economic expansion in its history-setting 11th year.