Tech stocks are under pressure again this week.

The tech-heavy Nasdaq 100 is tracking for a loss since Monday, while the broader S&P 500 is roughly flat. That index is down 1% for the month as the S&P has risen more than 2%.

Long-term tech bull Todd Gordon, founder of TradingAnalysis.com, said he is paring back some of his exposure to the sector as interest rates rise and make high-growth stocks less attractive to investors. He said a key level on the charts should indicate whether tech names break down even further.

Using the QQQ Nasdaq 100 ETF as a proxy for tech stocks, he sees two significant levels highlighted by trend lines - the first at $303 and another stretching back to the second half of 2020 lows around $294. The QQQ ETF, which holds Apple and Microsoft among its top components, traded Thursday above $311.

The shorter time frame 120-minute chart breaks down those technical levels even more. Gordon said the three-wave pullback structure - where an asset goes down, up, then down again - suggests we're in the last phase with the potential for more downside to roughly $307. 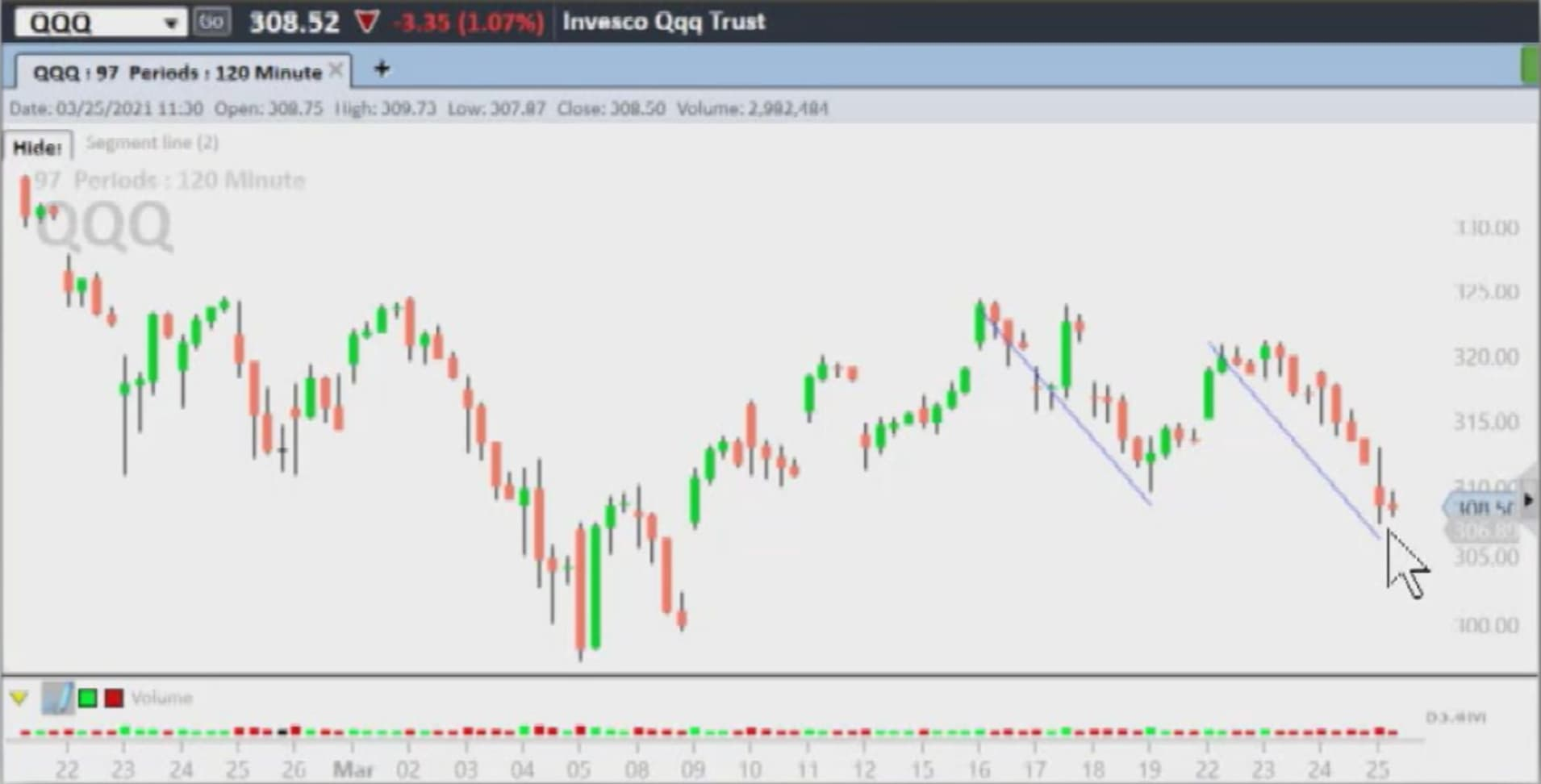 "All that means is if we don't hold $307 in the QQQs here, I think we're going to go down and test those more significant uptrend lines from back here in November of 2020 and also this longer-term channel from September of 2020. If we break those, that's much bigger, those are going to be a much bigger problem," said Gordon.

"If we start to hold $307, I'm going to take this hedge off, take a little loss which is fine because then I will have held most of my tech stocks, which should continue higher. But, if we don't hold $307, I think we're going out and test that daily channel from the middle of 2020," said Gordon.