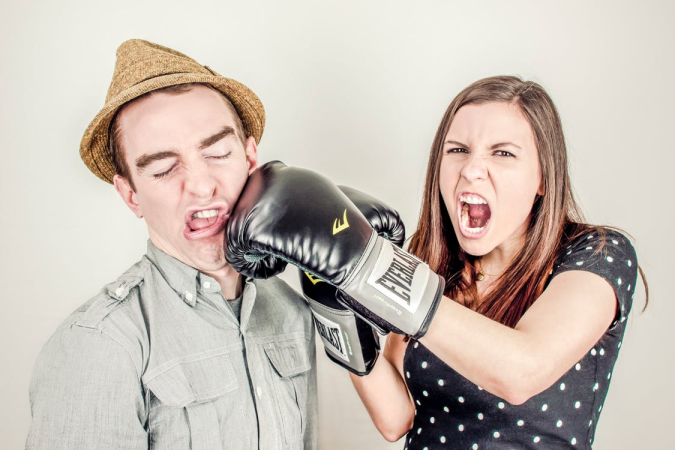 Was that "the big one?" The big tumble that kick-starts a cascade of profit-taking? The stage is certainly set for that sort of action following the NASDAQ's 115% gain from last March's low to last month's high. Perhaps more telling is that the NASDAQ's 2.7% tumble on Wednesday is the worst session in several weeks, dragging the composite 8.7% below its recent peak. Clearly something's changed.

There's a surprising bright spot in the steep selloff though. That is, things are so bad, they're good. The plunge was so big that bargain-minded traders are licking their chops, thinking about buying... as they have several times since September, keeping the rebound rally alive in the process.

Only time will tell how this is all going to shake out, though given the backdrop, it would be surprising if stocks didn't make some sort of rebound effort on Thursday and/or Friday. Don't read too much into any bounce though. The question is, can the buyers build on such an effort?

The good news is, we know exactly where to look and what to look for.

First things first. Let's just take a step back and look at the daily chart of the S&P 500. Two things immediately pop out. One is, the day's selling stopped right at the 50-day moving average line (purple) at 4050. This moving average line hasn't been perfect, it's been a pretty good pushoff point since January's pullback. The other is, the Wednesday's low aligns with the line that connects all the key lows going back to late October. This is where the bulls have their best shot at making a successful stand. 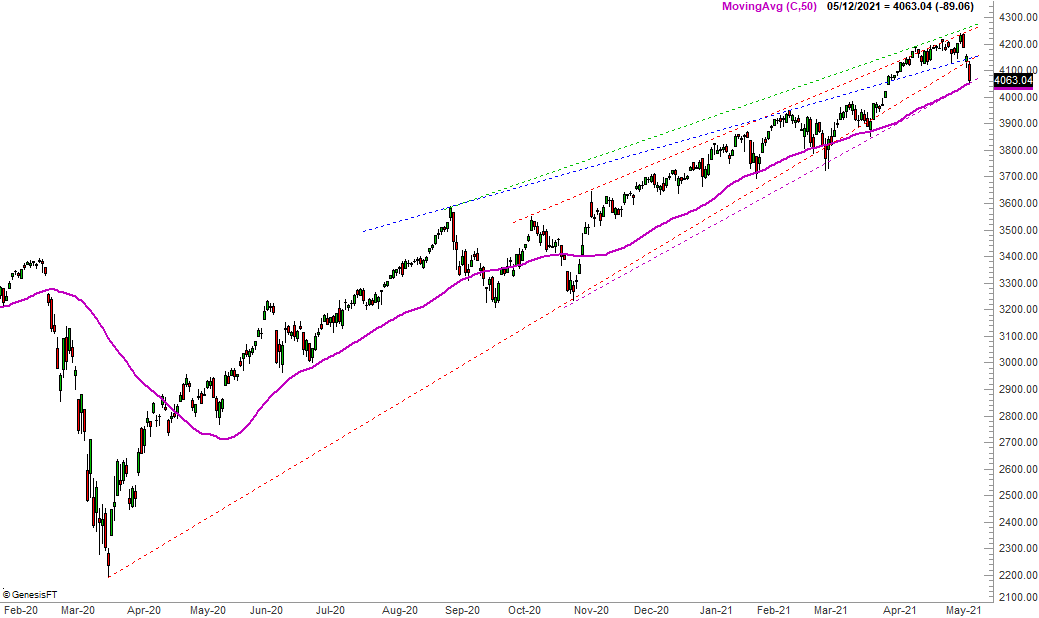 The NASDAQ Composite's daily chart looks different... for the worse. The composite is now under its 50-day (purple) and 100-day (gray) moving average lines, as well as below most any potential technical floor that could keep the index propped up. 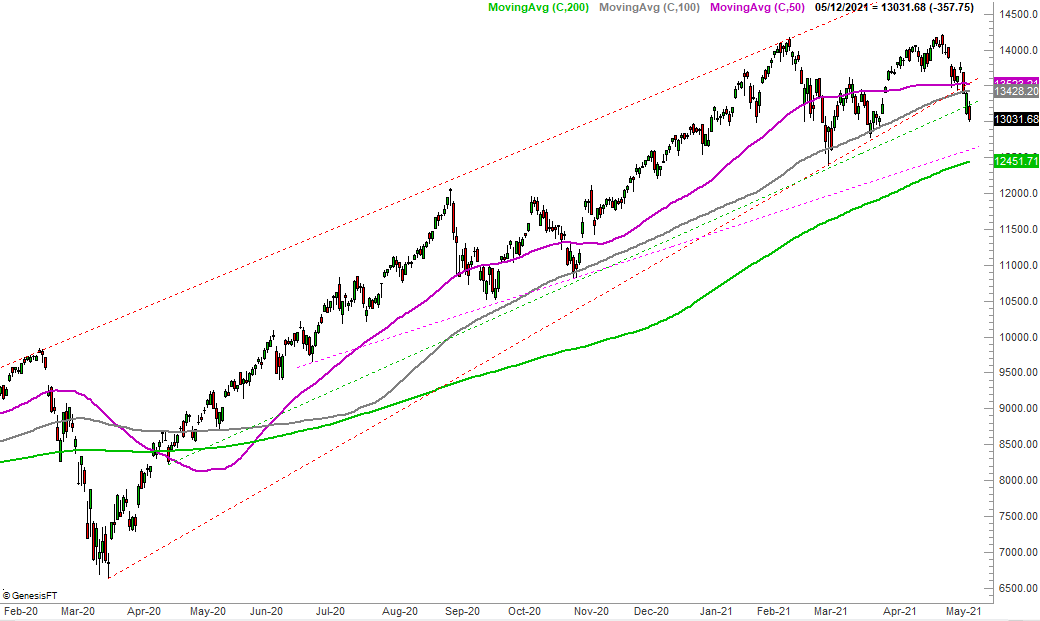 A bounce effort appears in the offing, particularly given the S&P 500's support made evident on Wednesday. As was noted though, don't be too quick to jump to conclusions. Given the depth of the damage done this week, that rally move could be quelled pretty quickly. The ceiling in the best position to halt the advance is the NASDAQ's convergence of its 50-day and 100-day moving average lines around 13,500. If the index doesn't move cleanly past that level, we may well see the whole "sell in May" adage play out as scripted.

With all of that being said, charts of the NASDAQ and the S&P 500 aren't nearly as interesting to watch here as their volatility indexes... the VXN and VIX, respectively.

We've looked at both in the last few editions of the Weekly Market Outlook, wondering if-and-when the "too low" volatility indices would finally make a decided upward break to signal the end of stocks' uptrend. We've still not seen it happen, but we're as close as we've been in months.

Take a look. While stocks have been up-ended before this week, that pullback never coincided with a firm upward thrust from the VIX (top) and VXN (bottom). This one is. Neither volatility index has broken above technical ceilings that were established over the course of the past months, but both are close. 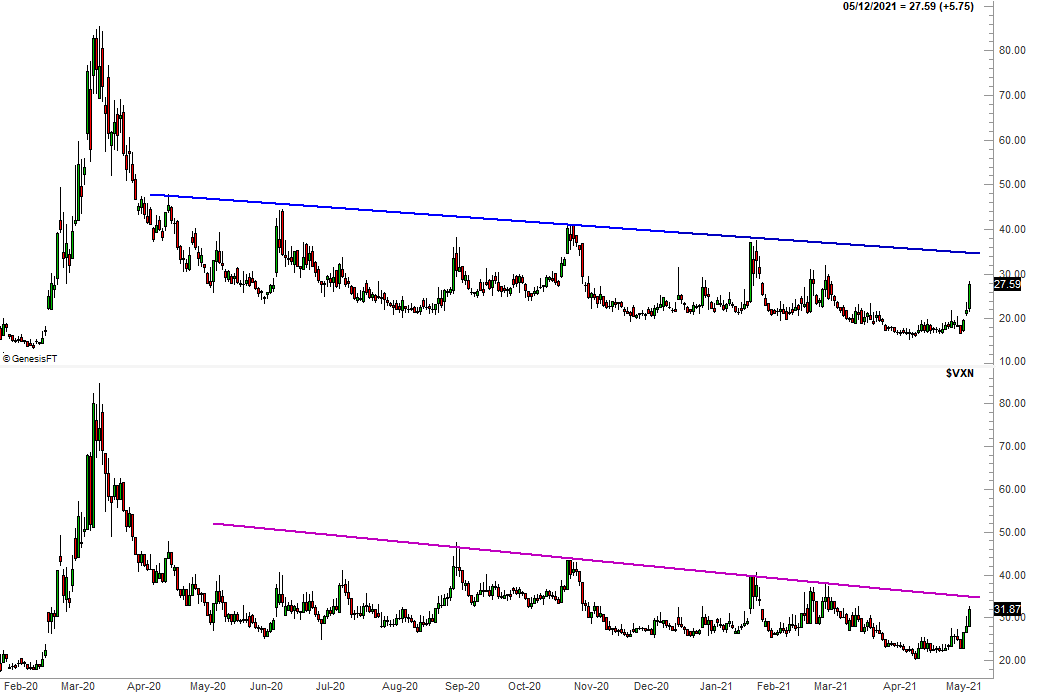 It's unlikely either volatility index will keep moving up from here and blast through this resistance. As was noted, the recent selling has been so strong that we're seemingly due for at least a small bounce, which could evolve into something more. Whatever happens though, the volatility indices are more telling than the stock indices are. Their pullback followed by a rekindled effort that pushes both past their respective resistance lines would mark a major shift in sentiment... something that's been missing from previous pullbacks that never went anywhere. We may not have any clarity in this regard until next week.

And if for some reason stocks sell off hard again on Thursday and/or Friday without ever logging a decidedly bullish day, that may be a (very) short-term buying opportunity. Even if it's only a short-term, dead-cat bounce, it's still apt to be a big trade-worthy bump.