Tuesday's Tumble Puts the Whole Market on the Defensive 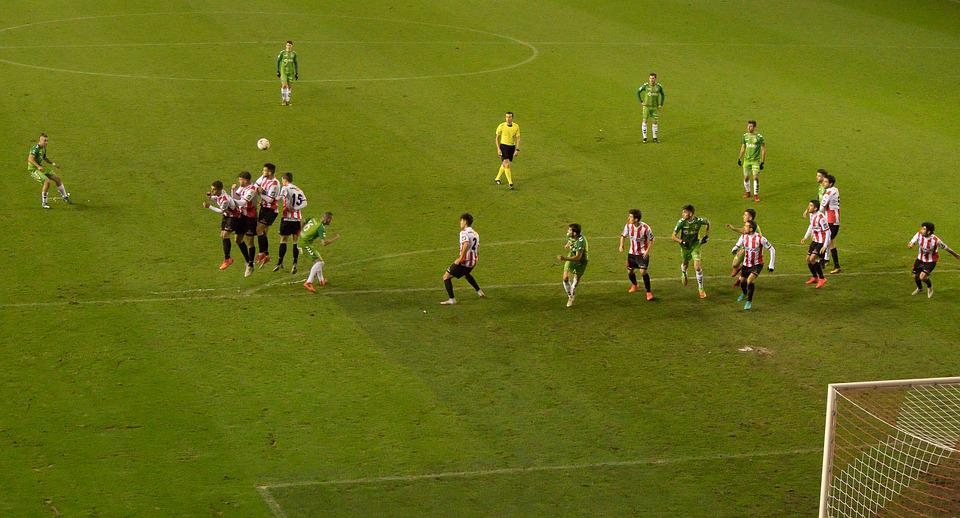 It would be easy to dismiss Tuesday's selloff as just more of the same, reflective of the market "being in a mood." And, that may be all there is to it. The pullback may just need to finish running its course. Perhaps it's already done so.

There's more to Tuesday's tumble than there seems to be on the surface though. With this most recent leg of a selloff that got going two weeks ago and was firmly rekindled on Friday, all the indices slipped into more than a little bit of technical trouble. 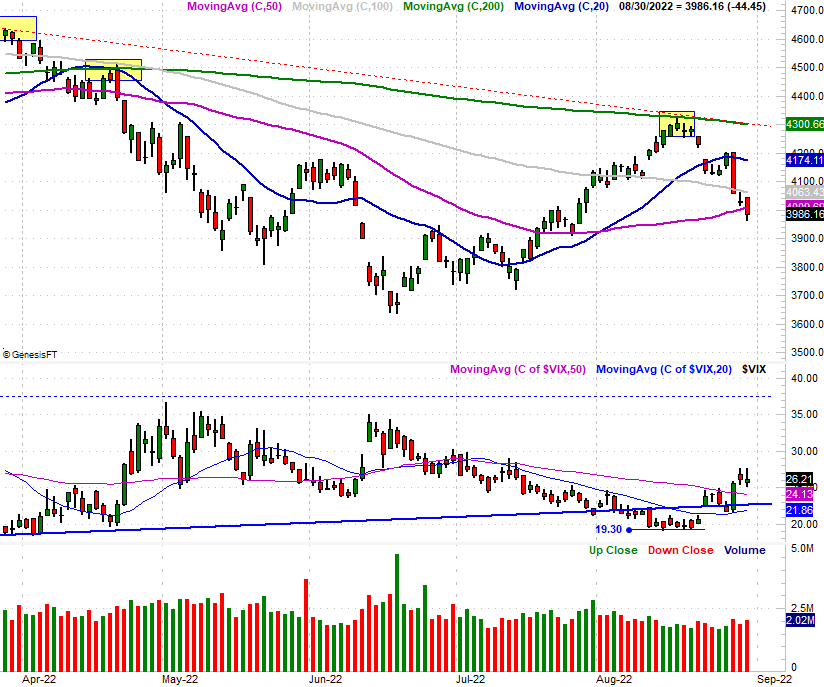 The NASDAQ Composite did the same, sliding under its 100-day moving average line (gray) on Monday and then following through to move below its 50-day line (purple) on Tuesday.... a 50-day moving average line that served as both support and resistance in July. To see it fail is a floor now is a red flag. There's one last-ditch possibility of putting the composite back into a bullish trend before it slips too far underwater to save though. That's the rising support line (red, dashed) that connects all the key lows going back to mid-June, including Tuesday's low. If that holds up as support, the bulls have a fighting chance. If not, it looks like we'll experience out usual September swoon. 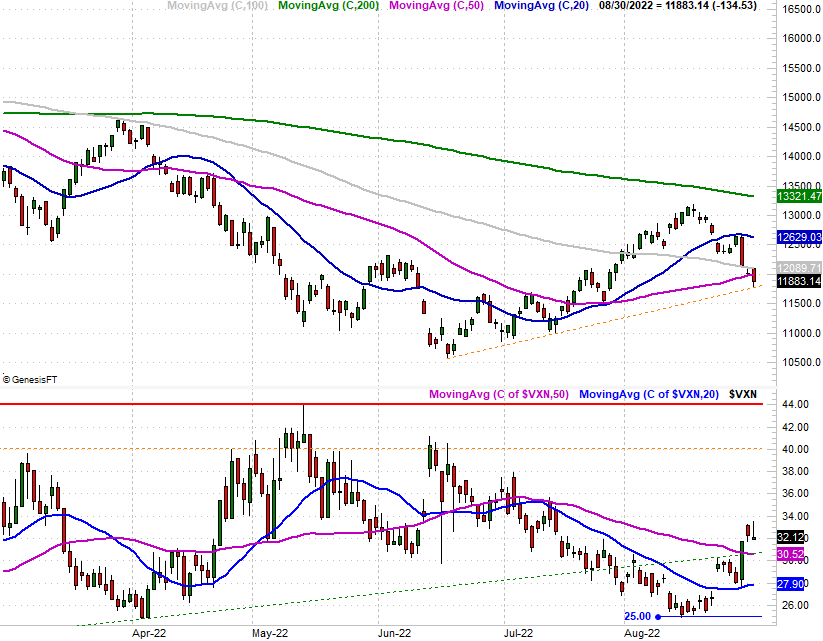 At this point, there's only a 50/50 chance the market escapes a wave of selling... and that's being generous. The rhetoric has turned bearish, and even news that would normally be given a bullish spin isn't doing so any more. The usually-helpful Fed governors aren't helping much either. New York Fed President John Williams had a chance to soothe the wounds inflicted late last week by Fed Chairman Jerome Powell. Instead, however, Williams made a point of saying today that not only was the Fed unlikely to lower rates next year, but was likely to keep on ratcheting them upward as planned.

It's an honest comment. But, it was lacking the sugar-coating most investors wanted and needed to hear it with.

It's also worth mentioning that September itself is one of the few months out of the year that's more likely to suffer a loss than log a gain.

As always, take things day by day. It's in everyone's best interest (particularly in an election year) to talk the market up rather than down. We may yet hear someone say the right thing to investors in the right way, re-sparking bullishness.

On balance though, it's the bulls that are fighting the losing battle here. If the indexes are allowed to lose even just a little more ground, traders will readily throw in the towel and allow them to lose a lot more ground through the coming month before setting up the usual October turnaround.

Mostly at this point we're just keeping tabs on the NASDAQ's newly-defined floor.