Stocks Dodge a Bullet on Tuesday, But Are Hardly Out of the Woods 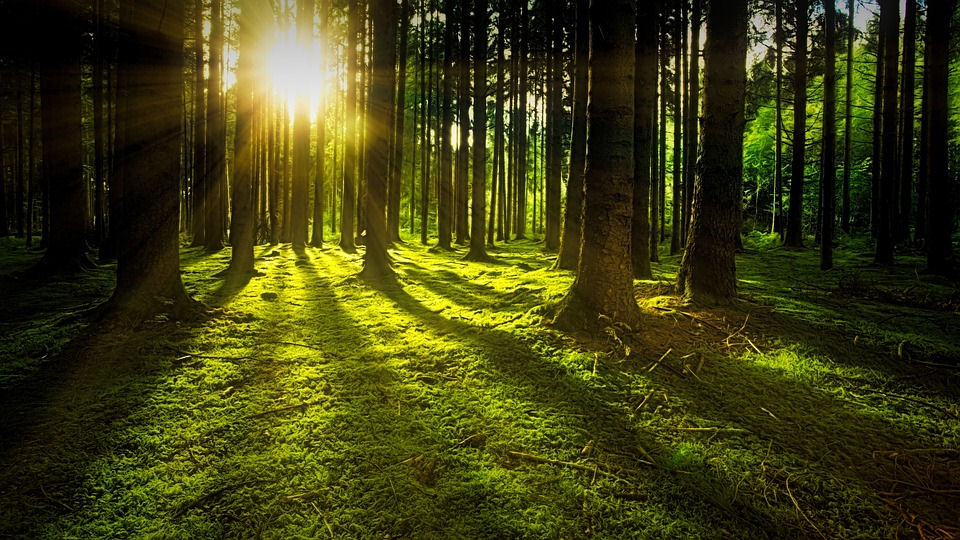 What started out as a winning session turned into a loser on Tuesday. But, at least the bulls held the line where they had to the most.

Still, the speed and span of Tuesday's intraday reversal is troubling. The rally was easily up-ended without any real news prompt making it happen. The only thing of any significance that happened was... a couple of the indices neared or tested major technical ceilings before peeling back. That only adds to the bearish worry. 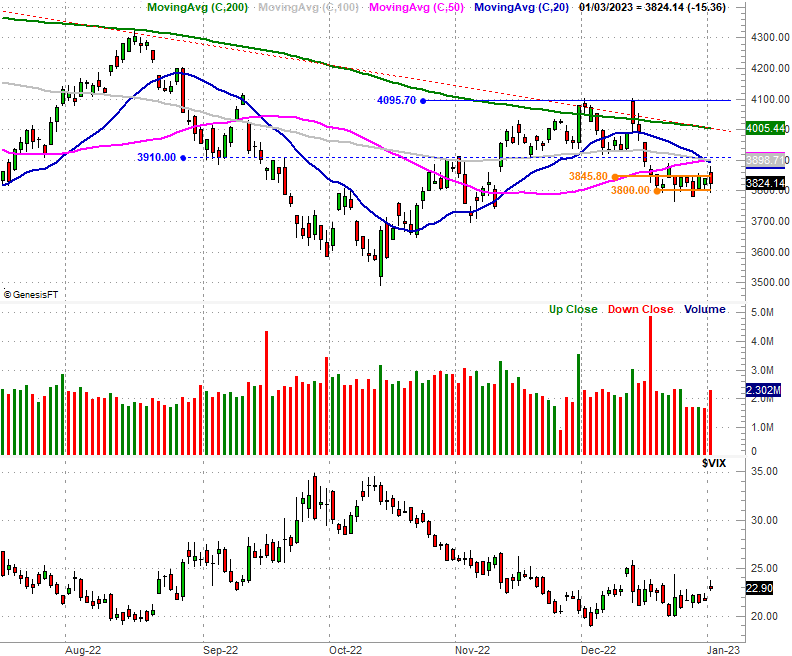 The index didn't close under that mark, obviously. Even with Tuesday's partial intraday rebound, however, a move below the floor at 3800 is still within easy reach.

The NASDAQ Composite dished out a similar move. It didn't have a close encounter with a major technical ceiling. It did, however, test a major support level around 10,305. Tuesday's low was 10,309. The close of 10,387 is within striking distance of that floor. 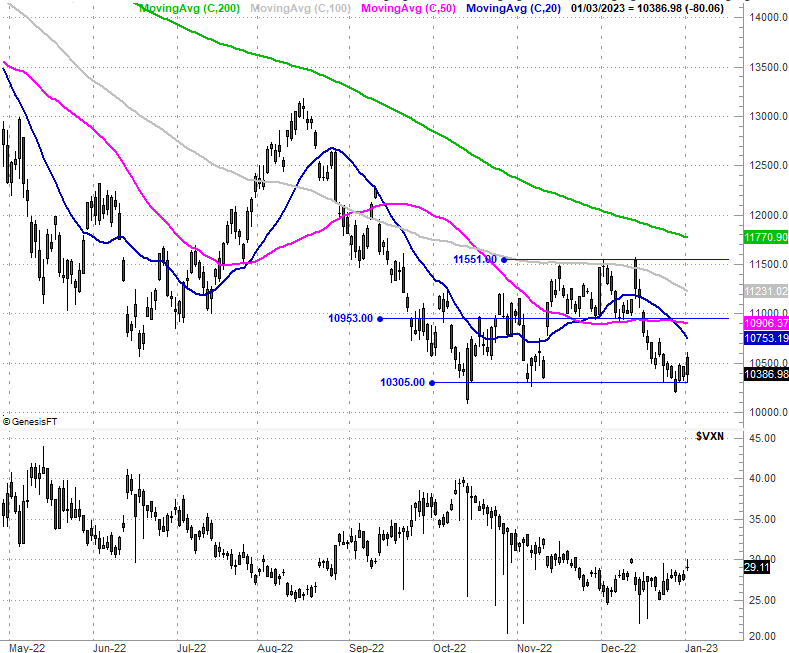 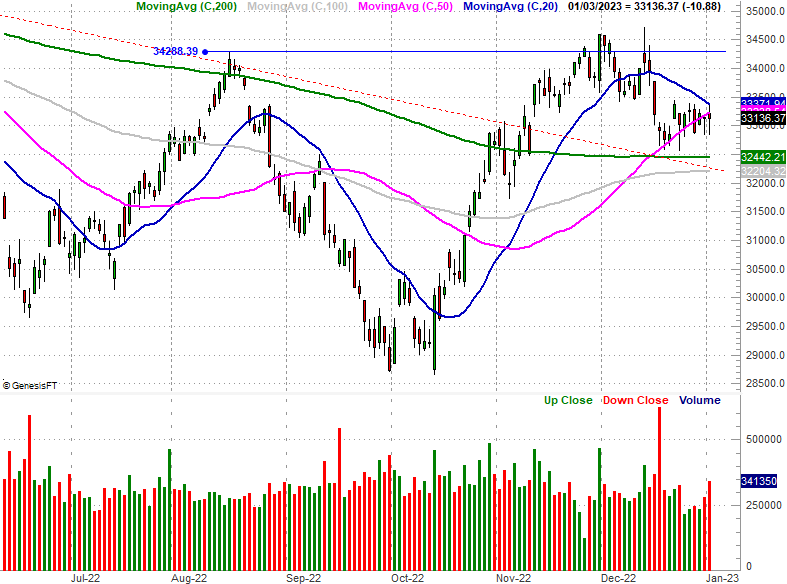 To its credit, the Dow is at least holding above a major band of technical support between 32,200 and 32,440. As is the case with the other two major market indices though, a couple of bad days could change that in a hurry.

Perhaps the most troubling part of Tuesday's action, however, is how quickly the tide turned bearish on the first day of trading. As the end of last week and last year wore in, it was easy to assume the selling was just tax-loss-harvesting, with traders planning to buy stocks back at the beginning of the new year. As it stands right now, there's not a lot of people buying a lot of stocks back. It looks like most of them are content to hang out on the sidelines, waiting for someone else to make the first bullish move.

Then again, one day doesn't make a trend. Traders may be willing to step back in shortly. Let's give the market at least a week to make its point, and its stand. That is, unless the indices break below the aforementioned technical floors, and/or break above the aforementioned technical ceilings. It seems, though, the market's set to drift sideways for a few more days, trapped between these support and resistance levels.

One day at a time.