Midweek Update: The Bulls Aren't Completely On Board Yet 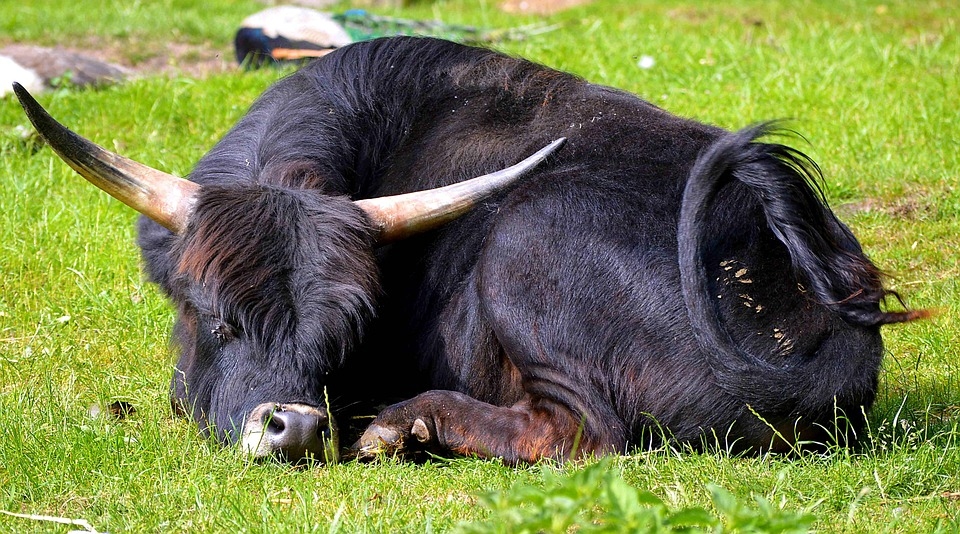 In Sunday's Weekly Market Outlook we voiced cautious bullishness. That is to say, we acknowledged Friday's gains pushed scales toward net bullishness, but we still weren't convinced the effort would really go anywhere.

After Wednesday, we're still not convinced. The S&P 500 in the black by a fair amount on Wednesday. When push came to shove as the closing bell approached, it was the bears doing the bulk of the pushing and shoving. The index ended up closing 28.5 points lower to log a 0.7% loss.

It's where the index found resistance on Wednesday (and Tuesday) that causes us concern.

Take a look. The S&P 500 touched the 50-day moving average line (purple) with Tuesday's high, but didn't clear it. The index briefly traded above that mark on Wednesday, but was unable to remain above it for the day. Rather, the bears beat it back down enough to pull it back under the key moving average line, and leave at its low for the day. 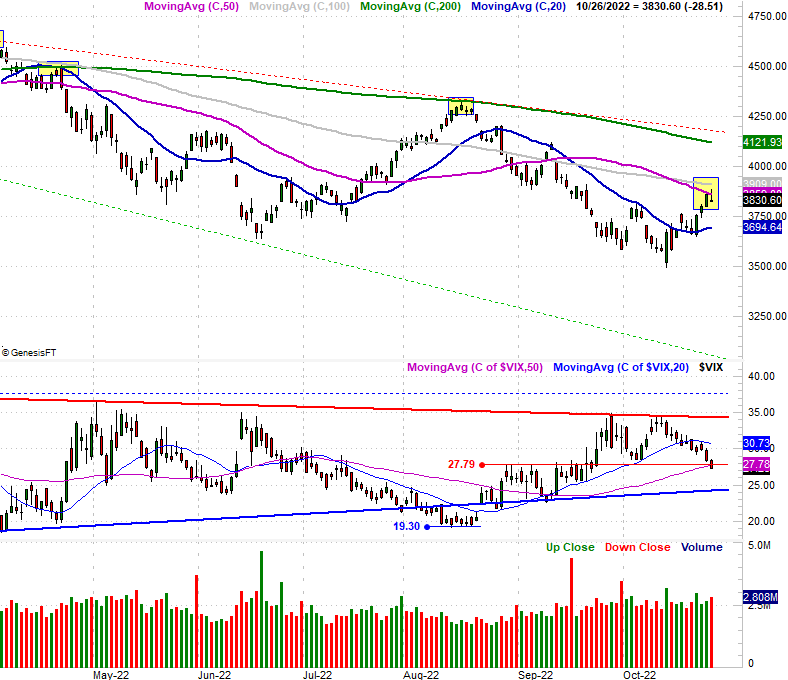 Although the NASDAQ Composite didn't test its 50-day moving average line this week, its intraday shape from Tuesday and Wednesday is the same...and curiously, the NASDAQ's high this week matched the high hit in early October, around 11,210. 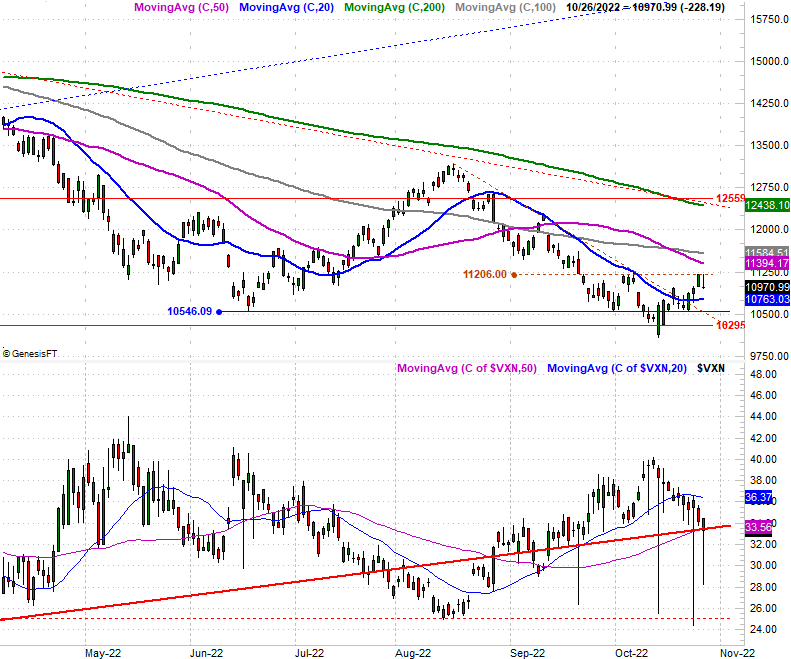 It's not necessarily the end of the world. This environment is prone to lots of back-and-forth. This is just some more of it. It could take some time and work to get and stay over this technical hump.

Still, this isn't the kind of follow-through you'd like to see from a budding rebound effort. We'd like to see steady pushing through resistance lines, slow and steady.

The bigger problem of course is timing. The market typically rallies out of its fall funk beginning in mid-October to kick off the usual year-end bullishness. If stocks don't start the pattern on time though, the window of opportunity eventually closes. If the bulls don't get the ball rolling soon, they may not get it rolling it all... at least for a few more weeks.

Then again, perhaps that's what was always in the cards as 2022 turns into 2023. We're in a bear market, but we don't yet have the usual blowout capitulation we'd normally see at a major turning point. The headlines have been troubling from time to time, but traders have yet to reach a full-blown panic that drives stocks into the ground once and for all. More often than not that will involve a VIX surging to a sharp, pointy high.

Maybe we won't see that take shape this time around. Or, maybe we will. We just don't know yet. What we do know is the market's still not acting bullish enough to start buying stocks back in a big way.

The good news is, it's crystal clear where the market's key lines in the sand are.