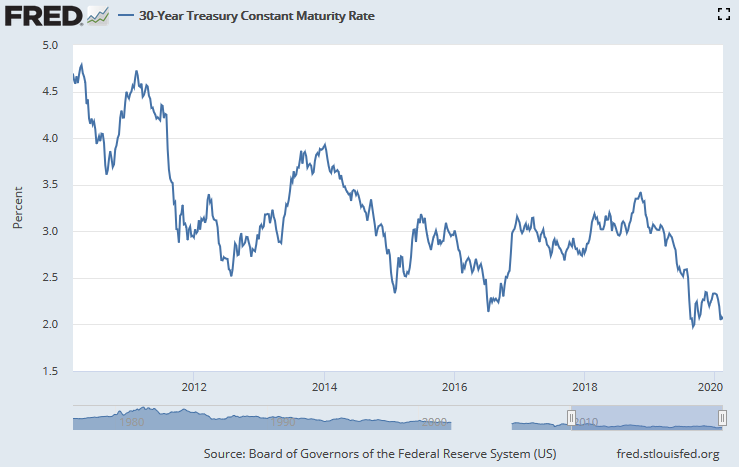 U.S. Treasury yields extended their weeklong slump on Friday as investors worried that the economic impact of COVID-19 may not be contained to China, and is spilling over into neighboring regions.

What are Treasurys doing?

The 10-year Treasury note yield fell 5.4 basis points to a more than five-month low of 1.470%, contributing to a weeklong decline of around 12 basis points.

Global equity benchmarks and U.S. stocks tumbled Friday as the growing number of cases of the coronavirus outside China, especially in South Korea, raised fears that the damage to supply chains could hit several major Asian economies which are linchpins for industries like semiconductors and automobiles. The S&P 500 and the Dow Jones Industrial Average are set to book a more than 1% loss this week.

Investors also said it's unclear when workers will be able to return to factory floors. Some forecasters suggest car manufacturing and other industries may not return to usual production activity until March.

The bearish investor sentiment in risk assets helped boost demand for haven bonds, which have seen sharp inflows all week. Long-term Treasury yields are on the verge or have already broken through key levels that investors say could presage further yield declines.

Worries about a Chinese and Asian economic slowdown spilling over into the U.S. have also lifted traders' expectations for interest rate cuts later in the year, despite speeches by senior Federal Reserve officials including Fed Vice Chairman Richard Clarida suggesting no further easing was imminent.

Investors saw a flurry of speeches from Fed officials on Friday. Atlanta Fed President Raphael Bostic and St. Louis Fed President James Bullard said they expected the coronavirus to be a temporary shock.

Disappointing economic data also added to the yield decline. The IHS Markit purchasing manager survey's composite index for the U.S. dropped to 49.6 in February, a more than six-year low. Any number below 50 represents a contraction in economic activity. While, existing home sales ran at annualized pace of 5.46 million, a drop of 1.3% in January.

What did market participants' say?

"Fitful spurts of Corona virus anxieties made for erratic trading in risk markets, but the bid for treasuries remained firm, especially out the curve where the long bond set a record low yield," said Ward McCarthy, chief financial economist for Jefferies, in a note.