FANG Stocks Update: Some Are Healthier Than Others 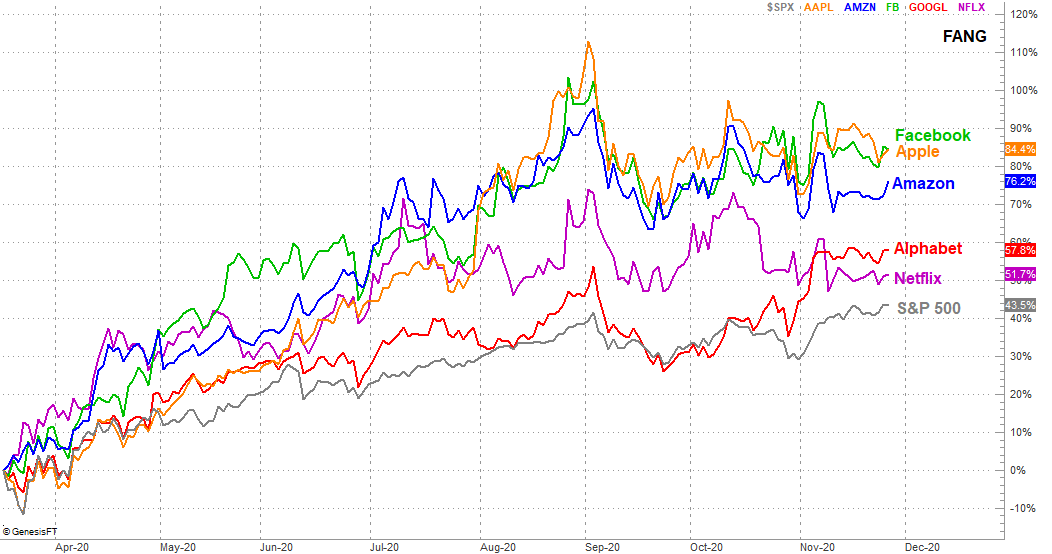 They all continue to move fairly independently of one another, but individually and as a group, the FANG stocks are also still outpacing the broad market. The S&P 500 is up 43% from its mid-March low. The worst-performing FANG name for the same timeframe is Netflix (NFLX), but it's still up 52% for that stretch. Apple (AAPL) took the lead on Wednesday, and is up 84% since March's low.

Nevertheless, laggard and the leader are both showing us some concerning stuff... for them anyway. Everything else seems to be doing just fine.

As was noted, the laggard is the aforementioned Netflix. It's not in dire straits yet, but both are dancing with some important technical support. 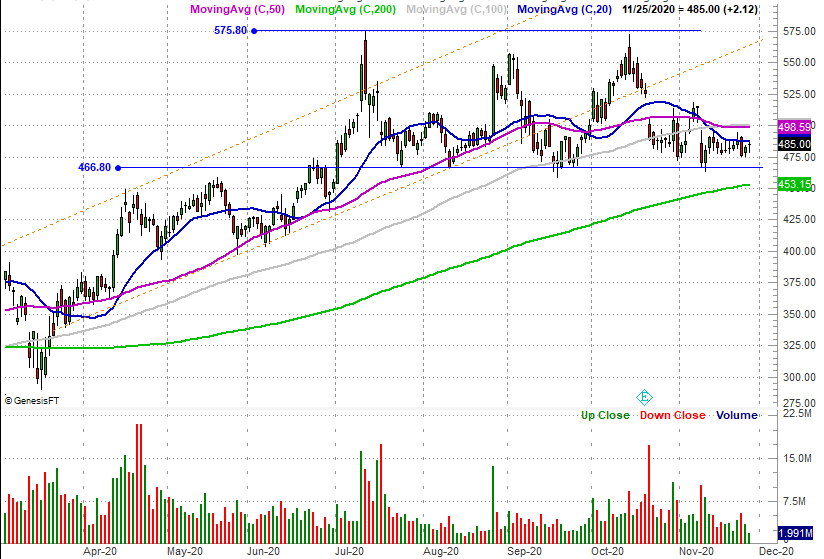 A showdown of sorts may be coming. That's the potential battle at $467, but by the time that could happen, the 200-day moving average line could be there also... helping out as a floor. It may take a few days for one side or the other to make a decisive stand.

As for Apple, it may be the leader again as of Wednesday, but it's also got the most to give up... and it's testing those waters.

It's nuanced, but at the same time Apple stock has continued to make higher lows since April, it's started to make lower highs since its early September peak. This high/low action hasn't formed a perfectly-shapes converging wedge, but it's a pretty good one. It's defined enough to be worried there's some underlying psychology to it. At the same time, the 100-day moving average line (gray) is being tested as a floor for a second time since early November. Also at the same time, Apple's 20-day and 50-day moving average lines are on an intercept course with the 100-day average. As was the case with Netflix, it's a clear clue that the advance is losing steam. 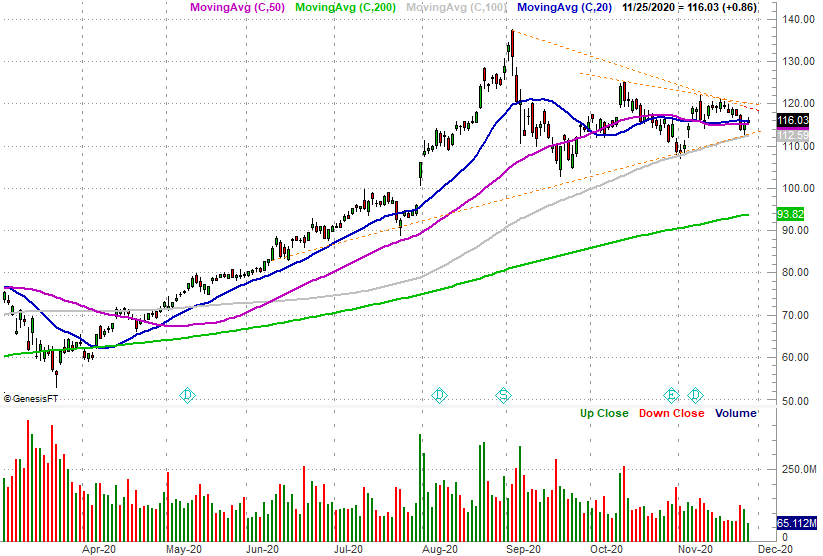 Any of these red flags by themselves would be noteworthy, but not necessarily alarming. To see all these things starting to materialize at the same time, however, means we should be on our guard.

As for how these two charts fit in with the recent performance of the other FANG, the daily performance comparison chart makes that clear. Netflix hasn't been the worst performer since March. It's become the worst performer since March, having fallen below Alphabet's (GOOGL) net return earlier this month. In the same vein, Alphabet has finally started to break away from its simple mirroring of the S&P 500's advance, perhaps spurred higher by what turned out to be encouraging quarterly earnings.

Traders would be wise to at least consider counting on relative strength here. That puts Facebook (FB) and, yes, Apple back in play as bullish prospects.  Just bear in mind that Apple continues to dance with some important technical floors, while Facebook is comfortably riding higher a support line that pretty much connects all the key lows since May. It's not dealing with as much overbought pressure. 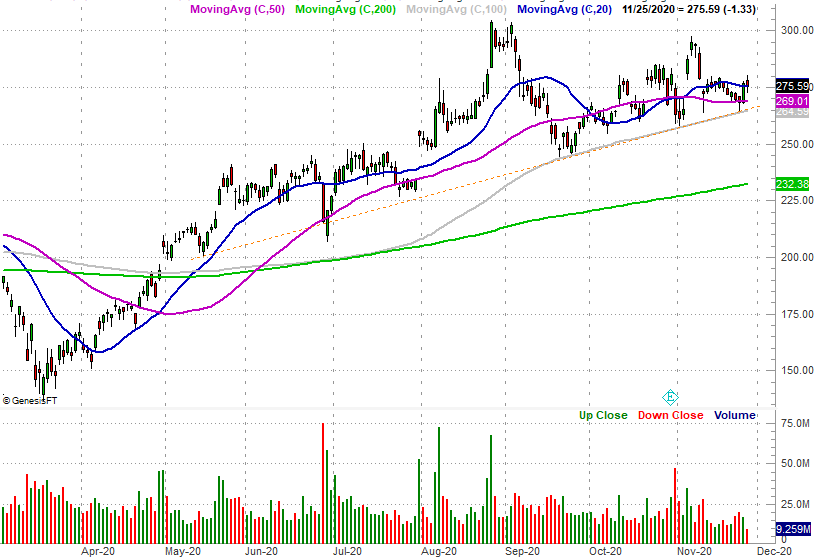 If you'd like to leverage the big swings dished out by the FANG Stocks and really produce some powerful returns for your portfolio, the FANG Options Trader Advisory Service is for you. This option trading newsletter is exclusively focused on Facebook, Amazon, Netflix, Alphabet, and Apple, with trading algorithms designed specifically to capitalize on the nuances of each of these highly liquid, highly-traded stocks. Check it out.