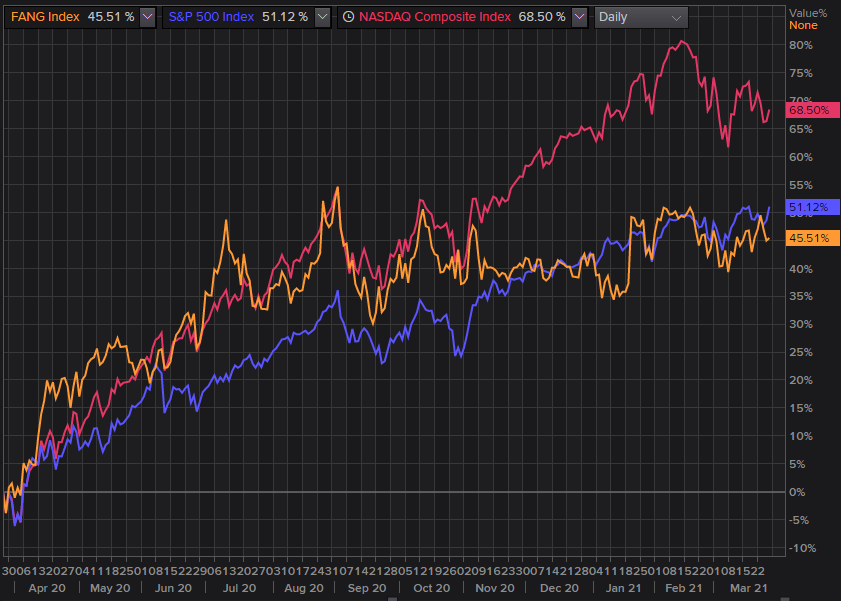 The overall market may be holding its own well enough to continue making begrudging progress. But, there's a group of stocks curiously not participating in the rally. The FANG stocks, being particularly held back by Amazon (AMZN) and Apple (AAPL), have decidedly underperformed since early November. More alarming is how things are getting worse rather than better.

It's problematic for the broad market since these big and high-profile NASDAQ names (mostly) set the tone - and pace - for the market itself. If these important stocks have dropped out of the effort, other stocks may soon follow. That may prove discouraging, starting a self-fulfilling prophecy of more sustained selling.

The chart below speaks volumes, comparing the NYSE's FANG Index (orange) to the NASDAQ Composite (red) as well as to the S&P 500 (blue). As could have been expected, FANG names largely lifted the NASDAQ starting a little over a year ago, when it became clear the COVID-19 pandemic would create turbulence but wouldn't prove devastating. But, that effort clearly faded beginning in November. The NASDAQ's continued progress from that point forward was driven entirely by small and mid caps, and the less-big large caps that aren't FANG stocks. It's gotten so extreme that the S&P 500's results have now eclipsed gains from the FANG stock index.

Alphabet is the only name truly lending a helping hand, though it's still not enough. To this end, here's a performance comparison of just the five FANG stocks. We're including Apple in the mix, although Apple's inclusion has arguably done more harm than good since its peak in mid-January. Also notice how poorly Netflix (NFLX) has done in recent months, and how much Amazon is imploding now. 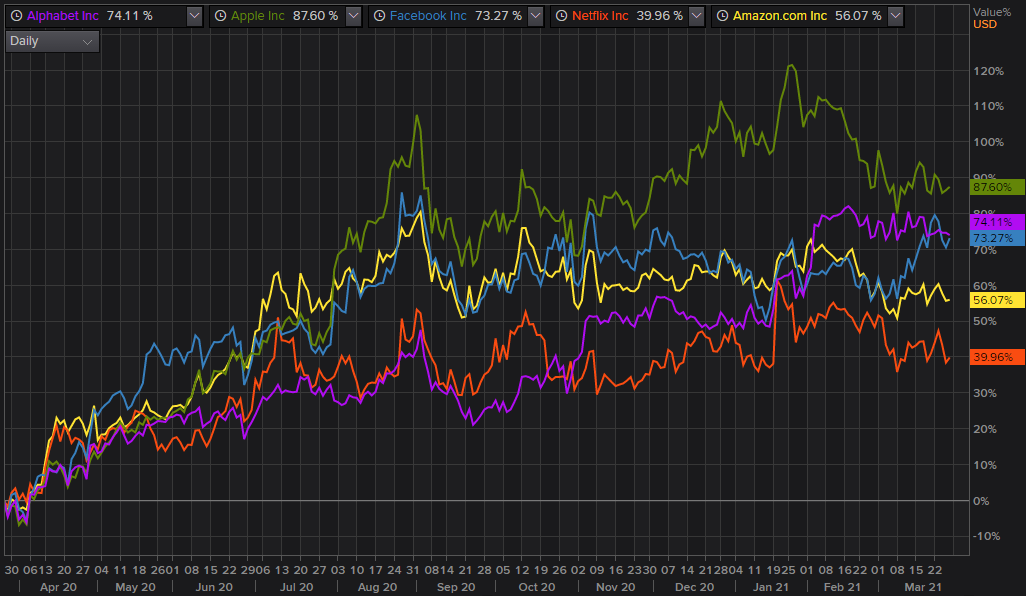 It's not just broad weakness either, for some of the FANG names. Two of the five in question have suffered serious technical damage within the past few days.

One of these damaged charts is that of Facebook. Take a look. The stock's been working its way lower since September, but that downtrend has really started to gel of late. Notice how the 20-day (blue) and 50-day (purple) moving average lines both turned into technical ceilings late last month, guiding shares below the 200-day moving average line (green) just a few days back. Facebook managed to move back above that mark on Friday, but just barely, and remained unable to cross back above the 20 and 50-day moving averages and stay there. One more bad day that pulls the stock under the recent floor near $253.35 (red, dashed) could tip the scales all the way over to bearishness for a while. 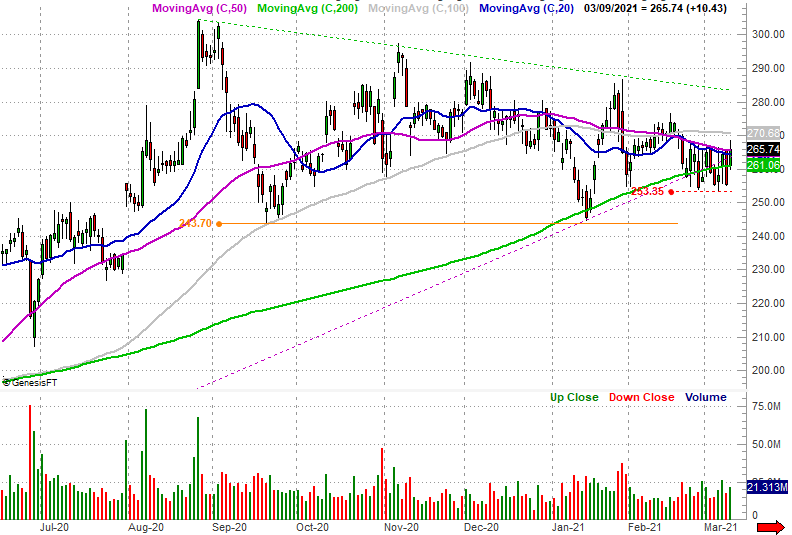 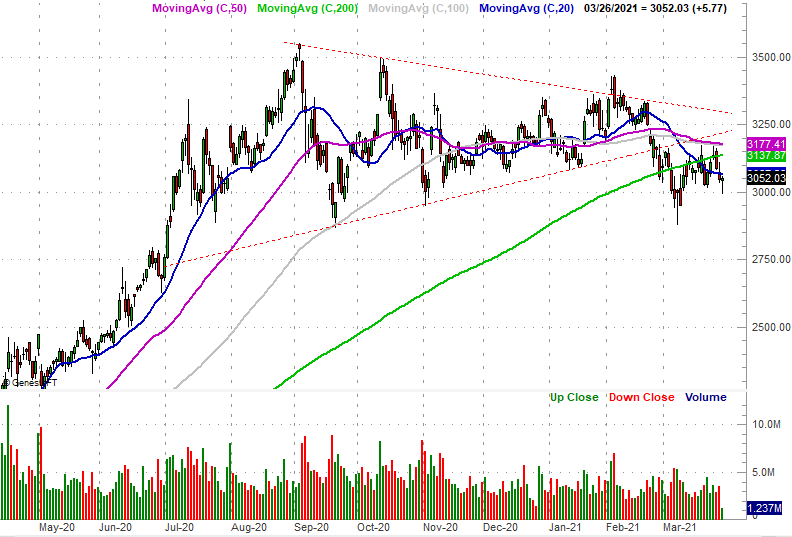 Netflix (not shown) is testing its 200-day moving average line as a floor too.

Of course, that's not necessarily a bad thing if you know how to capitalize on downside moves using options. If you'd like to take advantage of such bearish opportunities, the BigTrends FANG Options Advisory specializes in the nuances of these five big movers. Our proprietary systems are built to spot the most tradeworthy of this volatility. Go here to learn more.