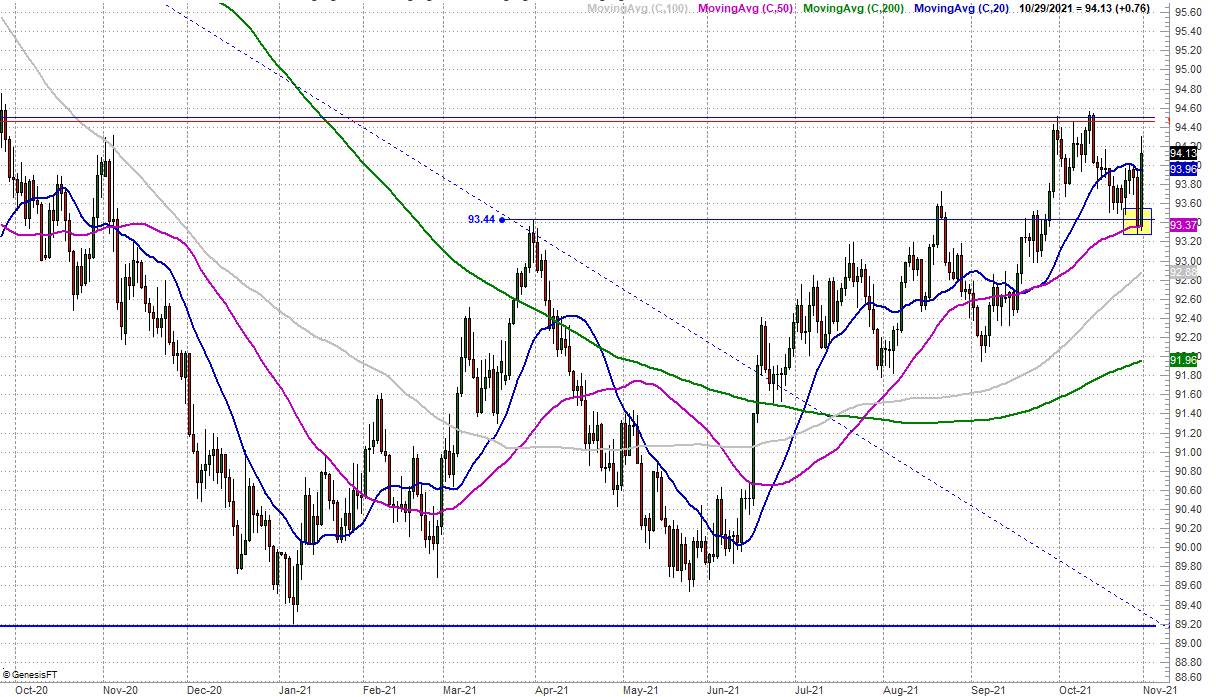 About a month ago we pointed out the U.S. dollar -- as measured by the U.S. Dollar Index -- was close to following through on a bullish move that would cement a new, long-lived uptrend in place. The final piece of that puzzle was never put in place, however, allowing the greenback to peel back from a critical technical ceiling. The long-awaited recovery would have to wait.

Well, put the possibility back on your radar. The U.S. Dollar Index made a huge rebound effort on Friday exactly where it needed to achieve its best shot at finally making good on its bullish potential.

Obviously the move wasn't enough to push the index above the more critical level at 94.96. Not only is that where the dollar peaked in October, but is also a Fibonacci retracement line within the span from last March's high to this January's low. Getting over that hump would be a big technical deal for more reasons than one. And after Friday's action, that possibility is much more likely again. As the longer-term daily chart of the U.S. Dollar Index below tells us with its greater perspective, three of the dollar's key moving average lines are now sloped upward; the momentum is already bullish. The fourth one not pointed upward is the aforementioned 20-day moving average line, but it's been sloped higher several t4imes since June, when the other three lines started to move upward. 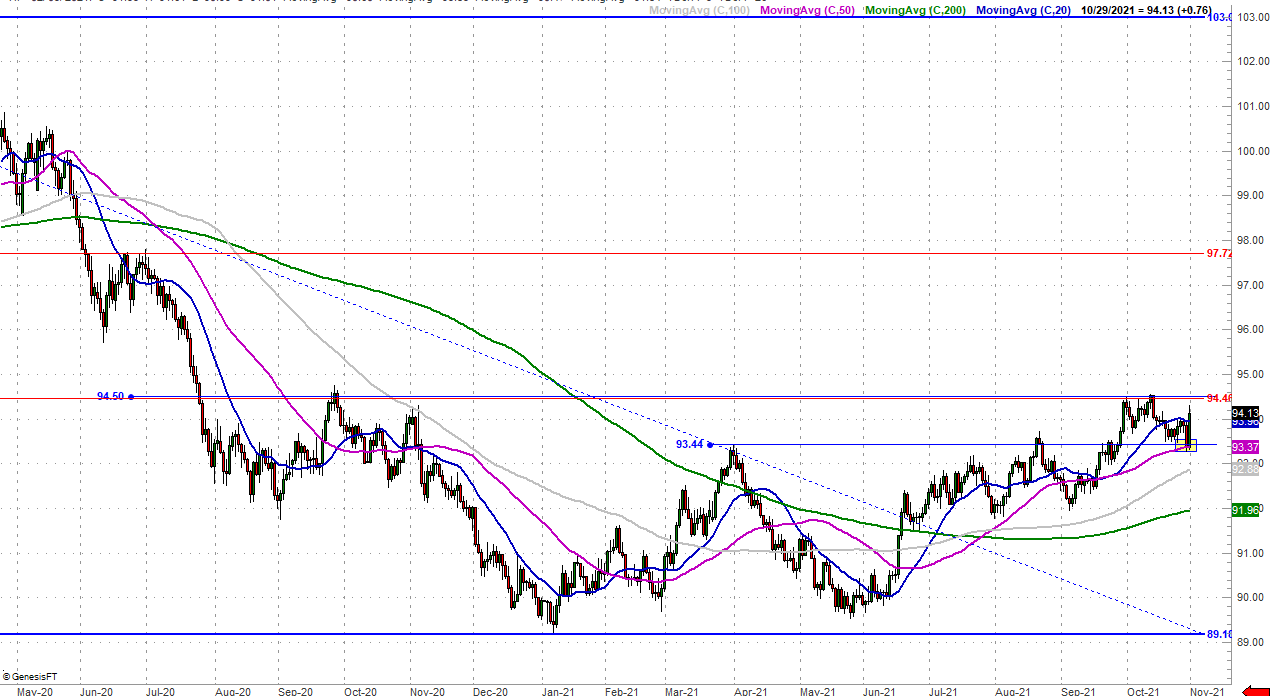 We're not over the hump yet, but we do need to start thinking about the impact of a U.S. dollar that's firmly gaining value. Not only does this work against the price of commodities like gold and oil, it also makes imported goods into the U.S. cost less. The flipside is, exports out of the U.S. become less affordable to foreign buyers. And, in a more general sense, a rising dollar is often linked with rising U.S. stock indices... although that correlation isn't always reliable, given how much international exposure most companies have these days. A strengthening U.S. dollar also tends to buoy U.S. bonds, although largely because it tends to coincide with falling interest rates. That's something that doesn't seem all that likely right now.

Whatever the usual outcomes -- or the unique outcomes this time around -- know that things are changing again for the greenback in a pretty big way. Good traders won't ignore this trend that's taking another shot at taking on a more serious shape.