After Thursday's Slide, We're One Bad Day Away From a Technical Breakdown 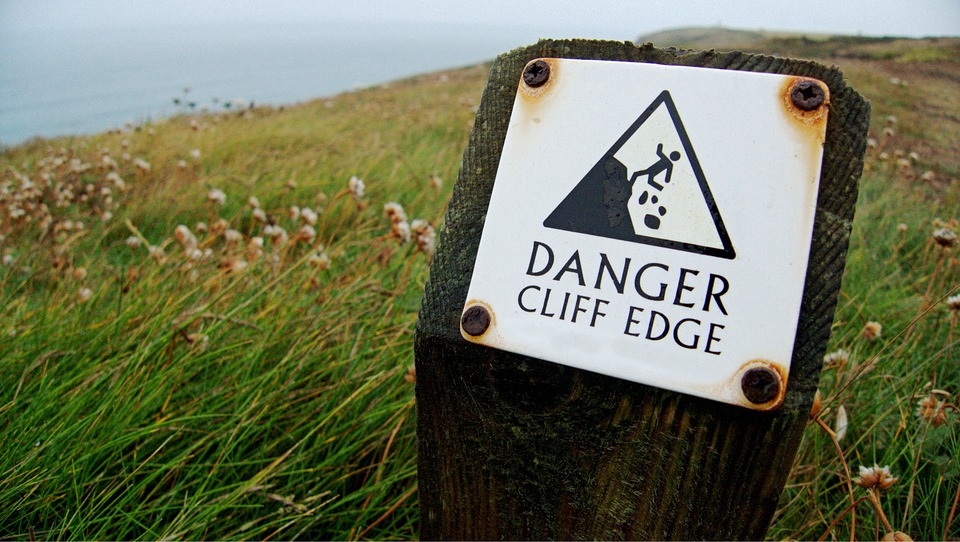 It wasn't as bad as Tuesday's meltdown, but Thursday's tumble sets the stage for trouble. Namely, with today's moderate marketwide losses, all of the major market indices are just a few points away from breaking below key technical floors.

Take a look at the daily chart of the S&P 500 below. With Thursday's 45 point, 1.13% loss to close at 3901.35, the index is testing the floor defined by the low reached two weeks back (blue). Even worse, the S&P 500 did break below the rising support line (green, dashed) that had been steering it higher since mid-June.

It's not just the S&P 500 on the verge of a technical breakdown though. The S&P 500's Volatility Index (VXN) is close to a corresponding breakout of its own, poised to punch through a technical ceiling at 27.8 (red). One or the other is a bearish red flag, but to see both could point to another significant round of selling. 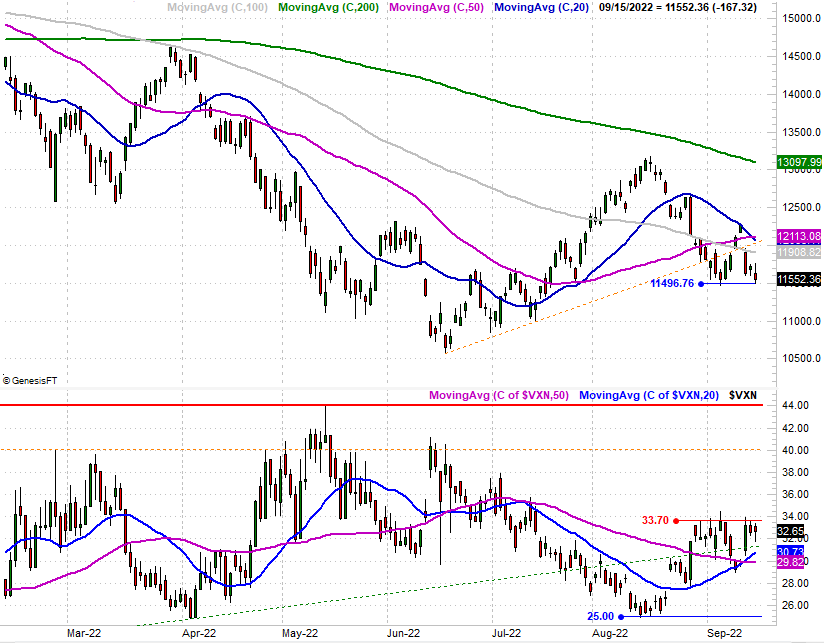 This isn't a prediction... just an observation. As the market has demonstrated of late, anything can happen, and lots of things are happening. Stocks are still fully capable of rebounding here, particularly if the right headline materializes.

The potential breakdown is nothing to dismiss or scoff at though. Stocks are more vulnerable than not here, as traders' confidence is wobbly at best, and shattered at worst.

That makes sense. September's usually a rough month for the market anyway, logging a loss more often than not. This time around there's plenty of reason for traders to remain pessimistic. FedEx withdraw its fiscal 2023 guidance after a surprisingly lackluster first quarter, for instance, while Walt Disney is cancelling film projects as a means of belt-tightening; the Star Wars spinoff Rogue Squadron was just indefinitely postponed. Bed Bath and Beyond has fresh plans to shutter 150 stores, and even the venerable Amazon will soon be closing around four-dozen warehouses (if it hasn't already) to rationalize its physical reach.

These sorts of headlines rattle traders, leading them to assume the worst about the market's foreseeable future. That's why stocks are so oddly vulnerable at this point.

Still, it's too soon to make major bearish bets, even though the market index futures are in the red headed out of Thursday after-hours action and into Friday's early session. It's highly possible the trading crowd wants to make sure it's not over-exposed to stocks headed into the weekend, which of course could push the market over this cliff.