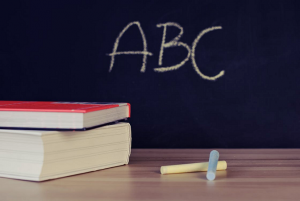 Last week we started an instructive dive [1] into debit spread trades, using a real-life example from our Debit Spread Options Advisory. Namely, we dissected why we were bullish on Caesars Entertainment (CZR) back on April 20th, and why we opted to purchase the 83 calls expiring a week and a half later and at the same time chose to sell (short) the 88 calls expiring at the same time. The buy would cost us $10.20 apiece, while the sell put $6.80 per contract back in our pocket. Simply put, we were net bullish on Caesars at a net cost of $3.40… the difference between the two call options used to enter the debit spread.

The key question to answer today is, why those two options?

Answer: Because those two calls gave us the optimal risk/reward profiles, as suggested by the greeks.

The short explanation of a debit spread is, we're paying to take on a directional option trade in anticipation of a particular move, but we're offsetting some – though not all – of that cost by selling a similar option that's not quite as in-the-money. A call debit spread is inherently a bullish trade because we're a net buyer of calls. The addition of the short position only limits our risk, although it also caps our potential gain. That, however, is an acceptable trade-off as long as the setup is a lower-risk, higher-odds prospect like Caesars Entertainment was at the time.

That's a tall order to be sure, as the differences are typically in pennies. But, every penny counts in these trades, and the pennies can quickly turn into nickels and dimes (and even quarters).

Think about it. The options we own – in this case the 83 calls – are working for us; that's what ownership of an option is. We want a strong delta [2] figure here to be sure, as that's what makes our long option increase in value as the underling stock or index moves as expected.

Finally, while we'd normally like a big vega [4] for an option we own (assuming we stepped in while volatility was low), we're always going find the bigger vega with the short option. On a net basis, an increase in volatility is going to work more against us than for us because we have to buy the short option back, and the volatility we're hoping to see take shape actually makes it more expensive to do so.

The logic works in reverse for the option we're shorting… the 88 calls. Any gains the short option makes works against us, so we want to minimize its potential for gain (and maximize its potential for loss). The deltas on the short legs for debt spreads are always going to be lower just because they're not as deep in the money, so that's good. But, the bigger the delta difference, the better. [Note that the greek values on the shorted 88 calls are expressed in the negative on our grid, since they're working in reverse for this particular spread trade.]

In this vein, one of the best ways to make sure the delta for the short leg stays relatively low is to also make sure its gamma is minimized. It's always going to be bigger than the gamma for the long leg of the spread, but the smaller the difference, the better – we don't want the short option's delta getting any more help than we have to give it.

Finally, like gamma, the short option's vega is always going to be bigger than it is for the long option. The smaller the difference the better though. Again, we technically want volatility to push the underlying stock or index in our favor to boost the price of our long leg. But, we'd prefer to keep increased volatility from boosting the value of the short option we have to repurchase at some point.

Of course, we'd also like to see lower thetas on the calls or puts we own, and higher thetas on the options we're shorting. We'll usually get this, as the deeper in-the-money an option is, the lower it tends to be. Generally speaking though, theta is the one greek you can do the least about when it comes to debit spreads (or credit spreads for that matter). In this case there was only a penny difference, which isn't much.

This still leaves us with a ton of options… not in the trading sense, but in the literal sense. In this particular scenario shorting the 88 calls and buying the 83 calls not only gave us good bang for our buck at the point of entry, but gave us the most accessible and affordable exit of our spread trade… which we happened to get out of the next day at about a 20% gain on the amount of capital we risked. It wasn't the only way to score on this setup, however. The more you trade these sorts of option trades, the more you'll also find the greeks aren't as user-friendly or as predictable as you might expect them to be, and there are lots of ways to win, and lose. As is always the case, a few paper trades – or practice trades – will help cement the concepts in place.

Whatever the case, you now have an idea of what to look for when optimizing your trades. The difference may only seem like pennies here, but those pennies add up kind of quickly, making the hunt for the idea profile of greeks worth the effort.

Would you like even more assistance learning the ropes of option trading including spreads and even higher-level strategies? Check out our Trading Boot Camps [5].