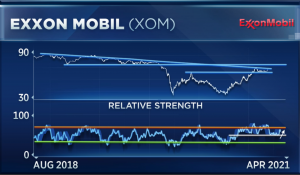 Energy has gone from first to worst.

Energy stocks sank Friday, ending April as the month's worst-performing sector despite slightly stronger-than-expected earnings from oil giants Exxon Mobil and Chevron. It is nevertheless the top-performing sector for 2021, up nearly 30%.

"I think the charts are telling us a very bullish message at this point in time," Johnson said, pointing to the Energy Select Sector SPDR Fund (XLE), which tracks the group.

He added that Exxon Mobil, the fund's largest holding, was close to reversing a longer-term downtrend. 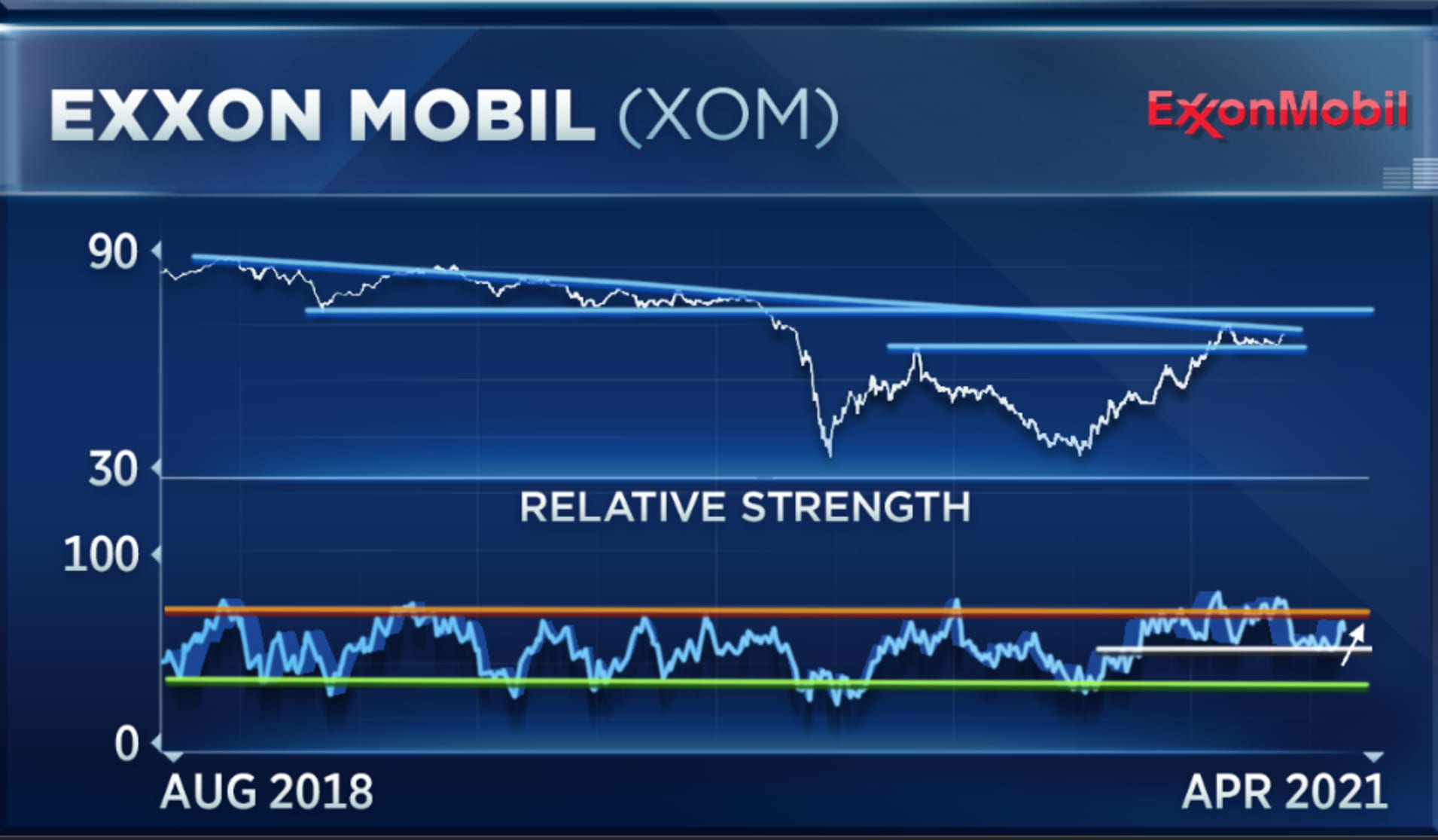 "This is a stock that looks like it's got more room to run and a sector that looks quite positive," he said.

However, many money managers tend to disregard the sector because it makes up only about 3% of the entire market for stocks above a $25 million market cap, Johnson said.

"What we're seeing right now is that a lot of portfolio managers really are not getting involved with the energy sector even though the charts are saying that you absolutely should," he said.

In the same "Trading Nation" interview, she dished out a $64 price target for the XLE, which she said would benefit from the economic reopening. The ETF closed down 2.5% on Friday at $49.39.

With earnings season in full swing, "upcoming earnings reports are going to continue to show that this sector is gaining a little bit of strength," Shay said.

She suggested purchasing the XLE itself or purchasing longer-term calls on the ETF, especially as people begin to venture out with summer around the corner.

In the short term, she suggested trading Marathon Petroleum, which typically rallies ahead of earnings. Marathon report earnings on Tuesday. For long-term gains, she recommended looking to get in on pullbacks in names with positive reports.