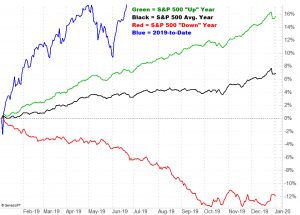 [1]With last week's big move following the impressive start to the new month, this particular June is shaping up to be a record-breaker. Yet, that factoid is suspicious in and of itself, even if the current month had the advantage of starting out following a particularly bearish May (which followed an unusually bullish April).

Given the pattern – and the fact that the rally somehow stalled right at the previous record-breaking peak in late April – it would be unwise to not at least consider the possibility of a pullback taking shape here. Other clues are saying the same. On the other hand, even a pullback from here wouldn't necessarily snap all the potential support areas that could keep the market propped up.

We'll take a detailed look below, as always, after running down last week's major economic news and previewing this week's announcements.

Although it didn't seem like it, there was more economic news last week than just the Federal Reserve's decision to hold interest rates steady. Of course, that was still the biggest news – the Fed is content with the way things are, and thinks it will be through the rest of the year. That was a tacit vote of confidence in the status quo at a time when not everyone is convinced the economy is as healthy as it needs to be.

Nevertheless, there were other data nuggets released last week. It was a particularly big week for real estate, with last month's housing starts and building permits being posted on Tuesday, and May's existing-home sales figures released on Friday. 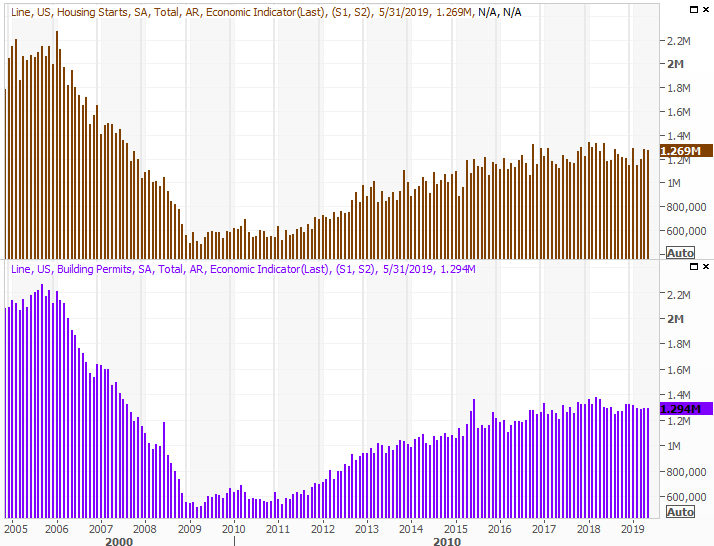 That 'other real estate data' includes existing-home sales, of course, which were up a bit, and a bit better than expected. Last month's report was a step forward, but more than that, it further gels a turnaround effort that new-home sales have already pointed to. 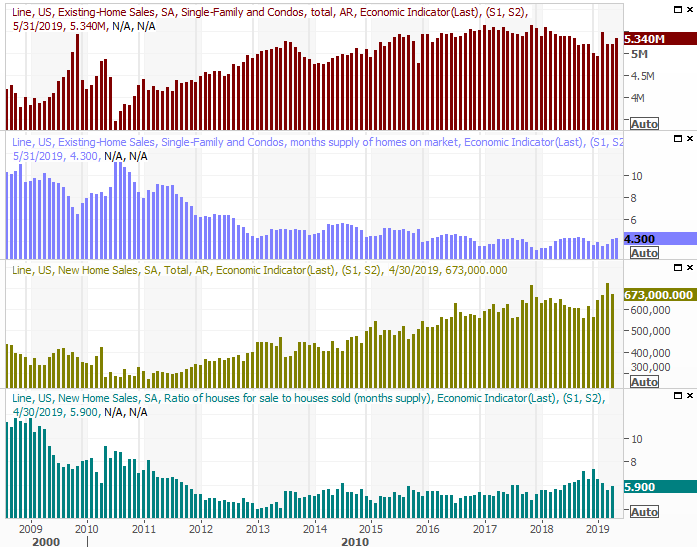 This week we'll get last month's new-home sales numbers. The pros are modeling another step forward. 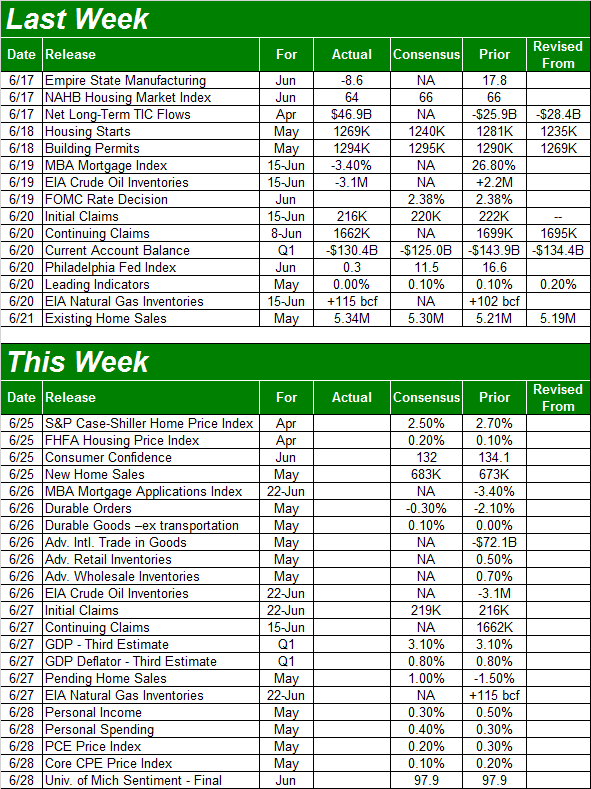 This week we're going to round out the look at the nation's real estate industry, and not just new-home sales. On Tuesday we'll hear April's S&P Case-Shiller Home Price Index and FHFA Housing Price Index figures. Economists are looking for more increases, albeit at a pace that's clearly less than what it was just a year earlier. 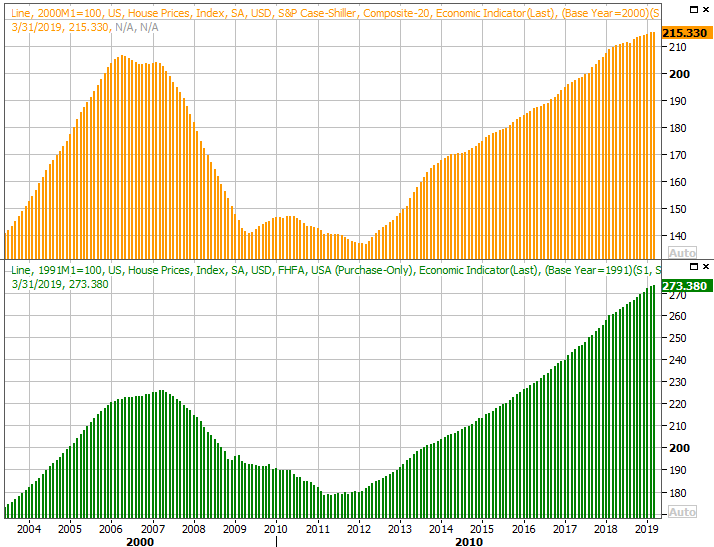 Also this week look for two different consumer sentiment reports. On Tuesday we'll hear the Conference Board's consumer confidence reading for June, and on Friday we'll get the third and final look at the University of Michigan's sentiment survey. Both have recovered from jarring stumbles seen just a few months ago, but forecasters don't expect a major lurch forward this time around. 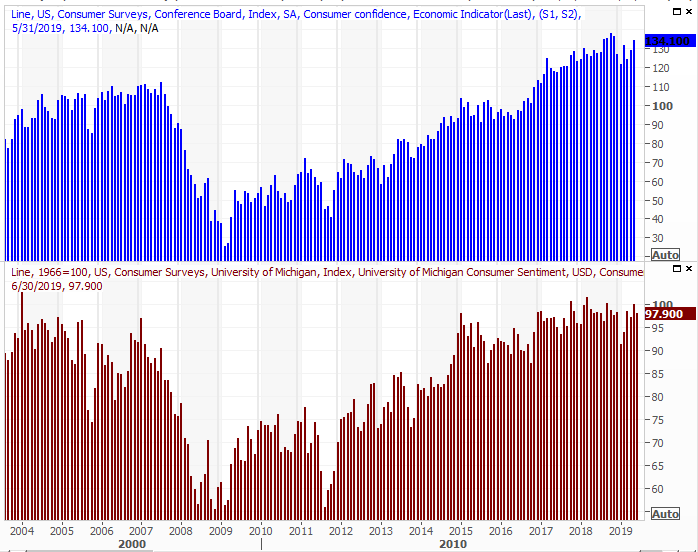 Then again, it's possible current levels are at or near maximum potential. That is to say, you may not need to worry about a failure to improve this data. The only concern would be a renewal of the weakness.

Along those same lines, personal income and personal spending figures for May will be posted on Friday. They've both got a lot to say about how robust consumerism is, or isn't, right now.

Take all of last week – both the good and the bad – with a grain of salt. Not only was Friday a triple-witching day that may have skewed (or contained) the bullish trend up until then, last week's bullishness also tested late-April's then-record high. This is where indecision and confusion should kick in.

Regardless, where we ended last week is where we have to start this week's trading, leaving investors asking if June's incredible bullishness to-date is the shape of things to come, or just a setup for an equally impressive rush of profit-taking.

We're cautiously leaning towards the latter. Although the market has been able to continue rallying after gains like the 7.2% advance logged over the course of the past three weeks, in most of those cases the S&P 500 had the advantage of starting such a move out from deep in the hole. This time around, the effort is taking shape after a very modest dip following an incredible 23% rally between late December and late April. The weekly chart is still technically overbought from that move. 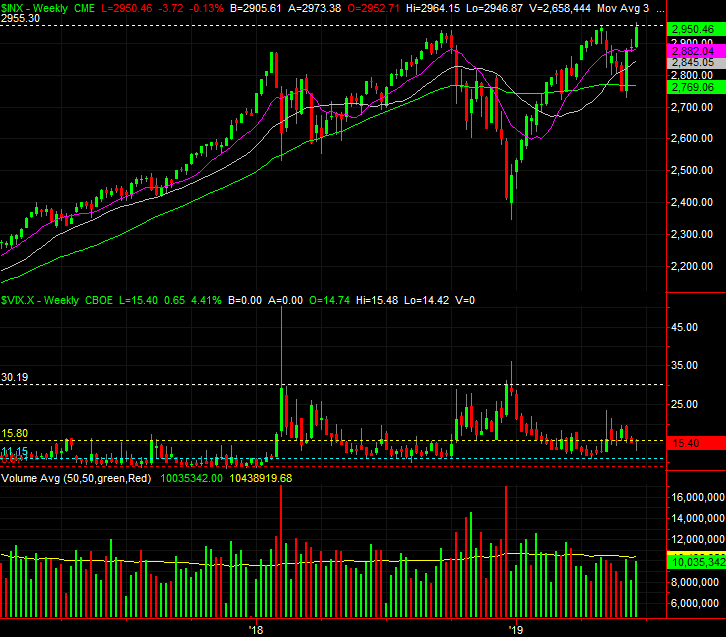 Zooming into the daily chart of the S&P 500 provides us a more detailed, albeit tainted, look at things. Namely, we can see on Friday that traders were making a (expiration-motivated?) effort to hold the line right at 2950, which is essentially where the index peaked in April. It's on the daily chart we can just how incredible – and odd – this month has been. The S&P 500 is now 6.3% higher than its 200-day moving average line, which is about the maximum divergence it's been historically capable of making. 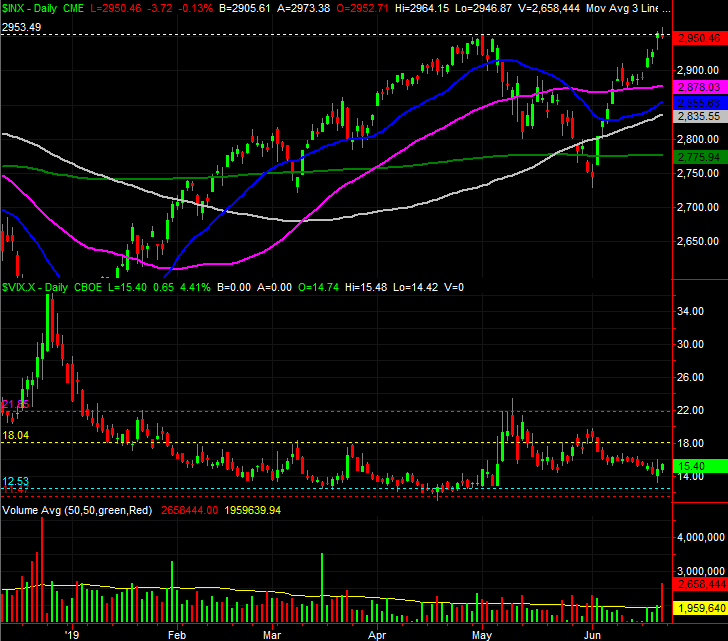 It's also the daily chart, however, that shows us what to pay the most attention to from here.

Although it was undoubtedly skewed by last week's sweeping expiration of options and futures, the VIX has drawn some important lines in the sand. The one we're eying from here is right around 18.0, where it peaked a couple of times in February and March, though we're going to go ahead and mark the 22.0 area as the absolute ceiling. If the 22.0 area is reached and then breached though, then the S&P 500 has already suffered a pretty good blow.

A good blow doesn't inherently mean a death blow, however. All four key moving averages are now below the index, and each could serve as a technical floor in the case of the stumble. Chief among them, of course, is the 200-day moving average line at 2776… the same 200-day average line that failed to act as a floor in late May, and still didn't act as a great sell signal.

Headlines sidestepped that potential stumbling block. To that end, we're still just one headline away from another breakout move, or a breakdown. Don't put ALL your faith in reading the clues available with charts.

As for the NASDAQ, the same basic story applies, though the composite hasn't been able to even retest its April peak yet. That in itself is a concern, as healthy uptrends tend to be led by the tech-heavy NASDAQ Composite. 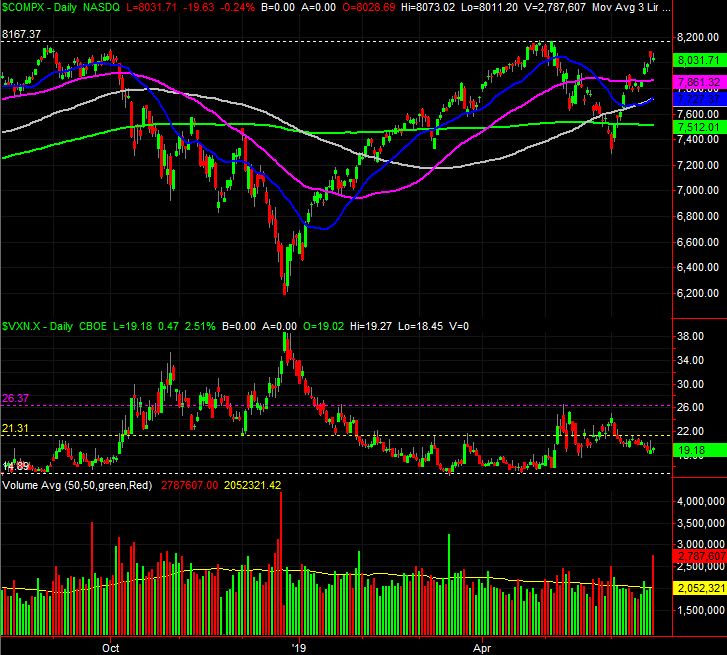 With that as the backdrop, we again can't stress enough to assume nothing, and keep your eyes peeled. This is a wildly unusual environment.

First and foremost is the scope of the volatility we've seen since the beginning of the year. A close-second is the degree of gains we've seen this month. June is usually little better than a breakeven. This year, June's 7% gain undoes an effort to get the broad market back on a more typical track given the meltdown suffered during the final quarter of last year. 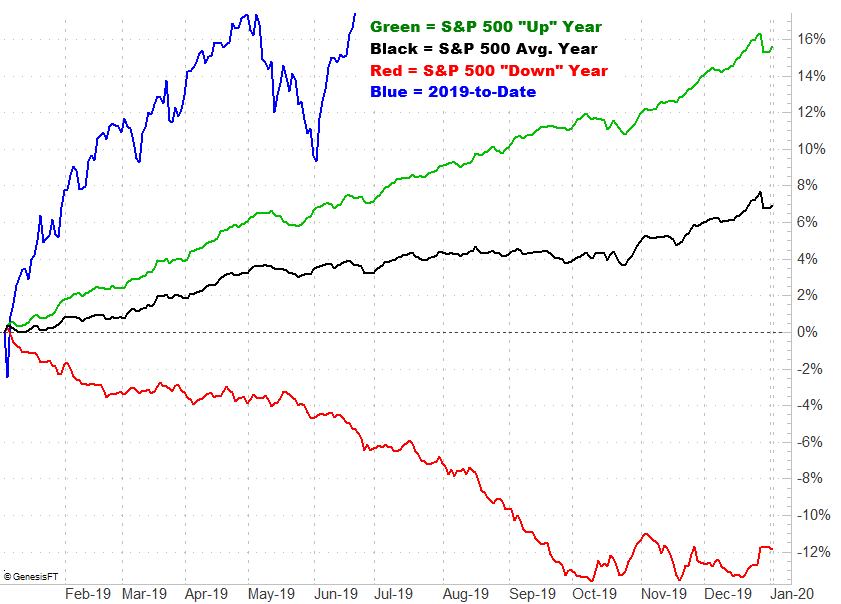 It's a concern, simply because if the S&P 500 is going to return to the norm, or mean, it's only going to do so with a sizeable setback.

This remains a day-by-day exercise.