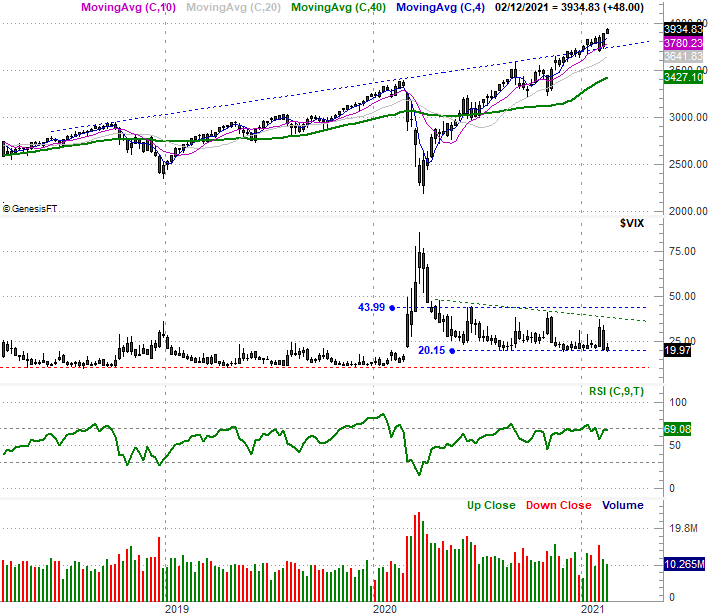 It wasn't as impressive as the previous week's turnaround rally, but the bulls found a way to tack on more gains last week. Thanks to Friday's nice last-minute push, the S&P 500 gained 12% last week, tiptoeing deeper into record-high territory as a result. As has been the case for some time though, the volume behind the advance wasn't exactly thrilling. A slew of traders may remain hesitant to keep buying stocks with the market as technically overextended as it is at this time.

We'll look at that situation below. First though, we need to review what little economic data we heard last week, and preview the deluge of economic news in the queue for this week.

The only item of real interest last week was an update on the country's inflation environment. It remains tame. The current annualized consumer inflation rate stands at 1.4%, and last month's price increases weren't even as strong as some economists expected. It's certainly tame enough to suit the Federal Reserve's stability concern, yet not so tepid that the Fed needs to worry about injecting a whole lot more economic activity. 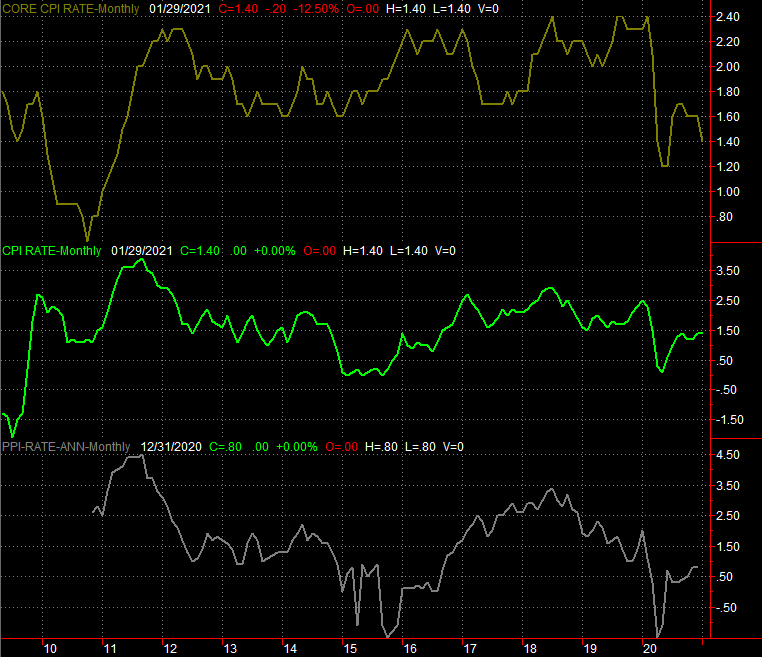 We'll get January's producer inflation data this week, but it's expected to be in line with recent consumer inflation pressures. Everything else is on the grid. 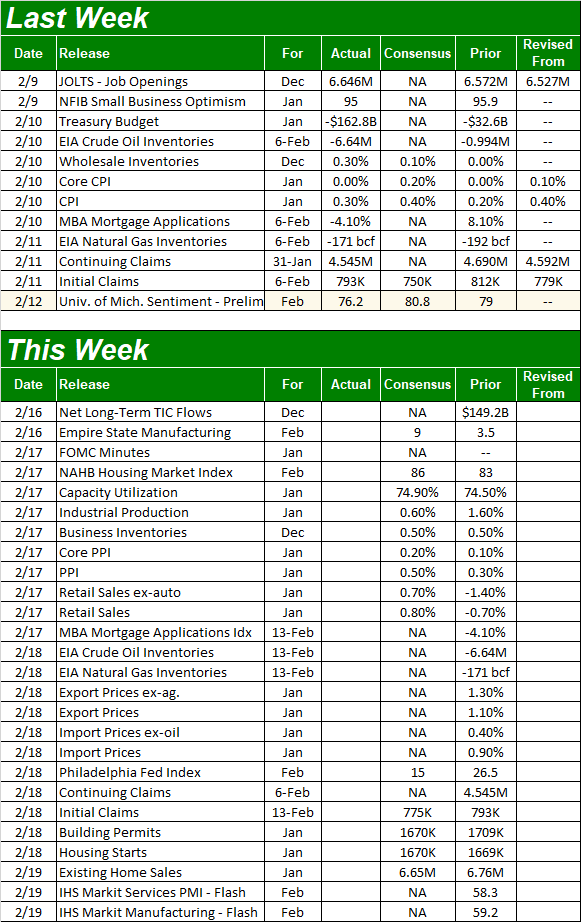 This week... buckle up. Aside from the producer inflation numbers, we're going to get industrial production data, housing starts and building permits, retail sales, and existing home sales.

The party starts with Wednesday's industrial productivity and capacity utilization figures, both of which are projected to have improved slightly. 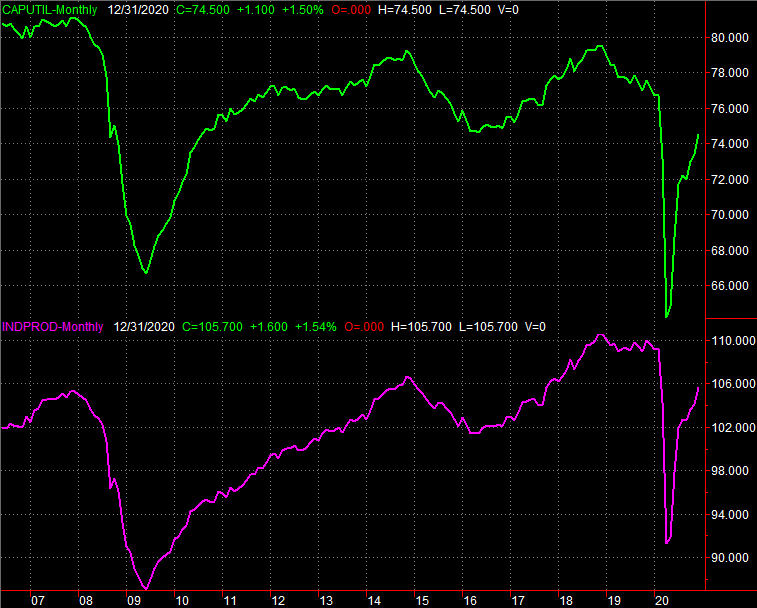 Also on Wednesday look for January's retail sales figures for last month. The pros are calling for sizeable growth after January's surprisingly significant setback. Anything less than clear progress on this front could prove problematic for the market, unless it's spun into the idea that it will force the acceleration and generosity of the next round of stimulus checks. 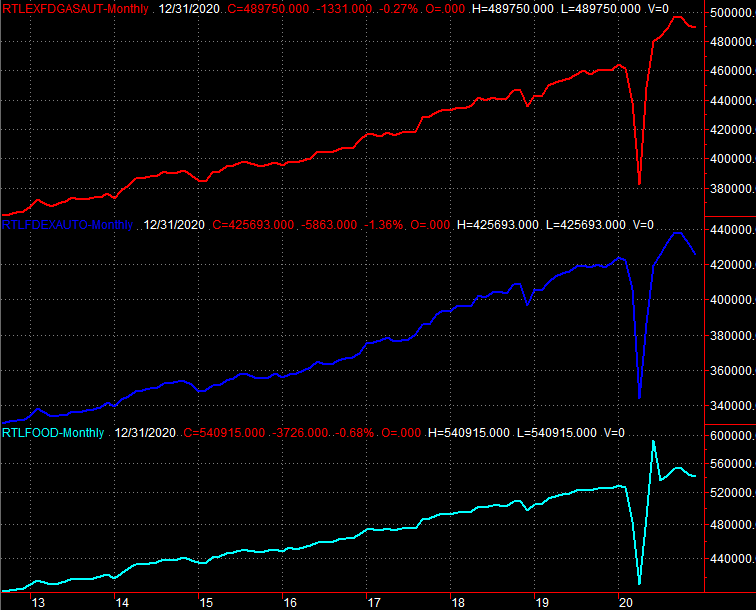 On Thursday we'll get January's existing home sales numbers from the National Board of Realtors. Projections are for a slight heading from December's pace, although bear in mind December's pace was above average. 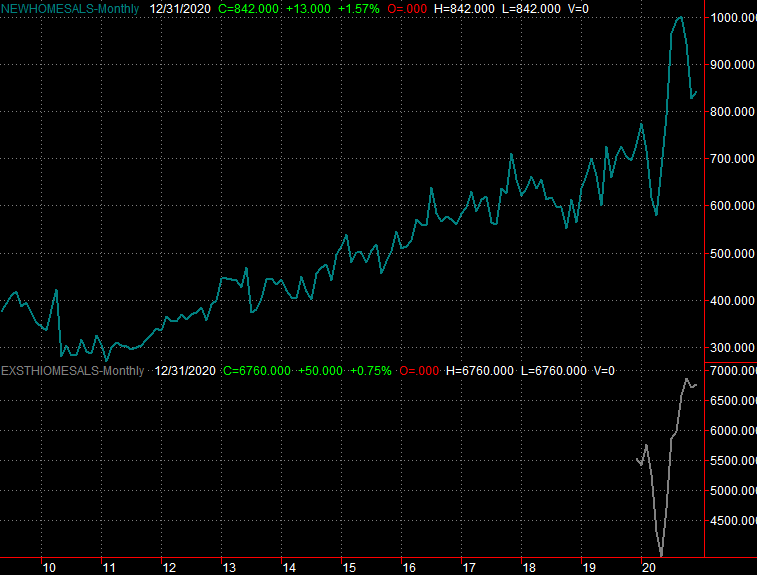 The existing home sales data should be paired with the new home sales report from the Census Bureau, which won't be out until next week. But, alone or in tandem, we're seeing a broad slowdown here. The funny thing is, we're not seeing a slowdown in housing starts and building permits. Both are still on the rise, and economists believe January's levels should more or less remain even with December's pace. In the same vein, know that home prices continue to rise as well (not charted this week). 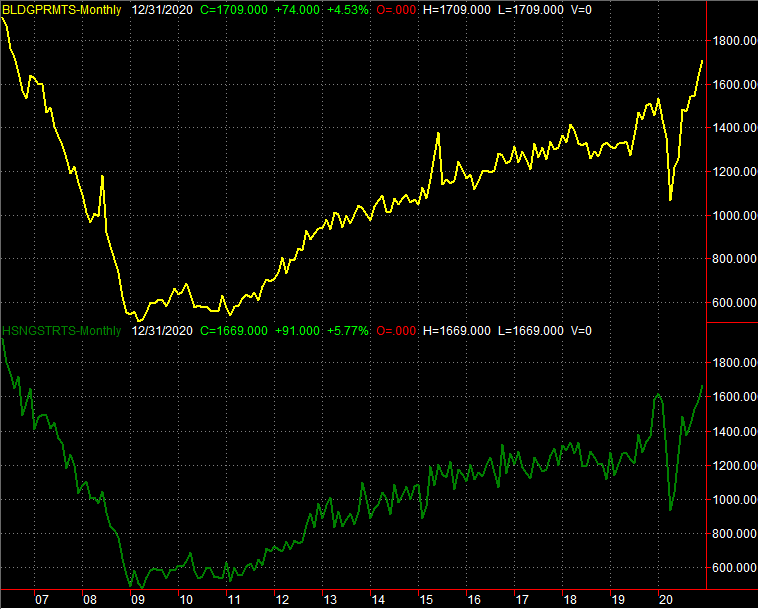 Point being, don't jump to a sweeping conclusion just based on tepid sales of existing homes.

From a momentum-based perspective, the bulls have to be thrilled here. The bullish push up and off of the 50-day moving average line from two weeks ago was renewed in the latter part of last week, guiding the index to record highs. The S&P 500 is now up nearly 80% from March's low, and seemingly still going strong.

There is a red flag quietly buried within our daily chart of the S&P 500, however. There very little volume behind the move, and what little volume we're seeing wanes a little each day. Take a look. 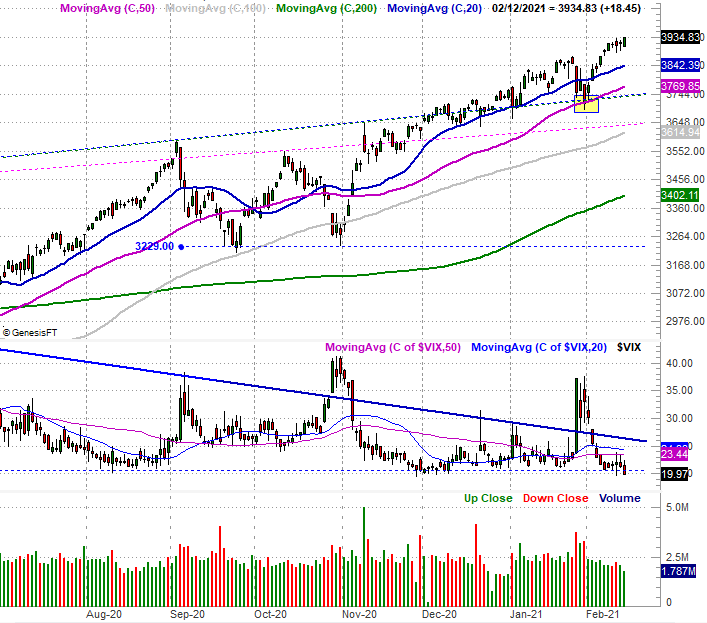 The weekly chart shows the same thing, but with greater perspective. Not only is there tepid volume behind the past two weeks of gains, but the highest-volume week we've seen since November was the volume behind the selloff from three weeks ago. That hints at vulnerability, even if the bears didn't follow through on their opportunity created three weeks back, they still exposed it. 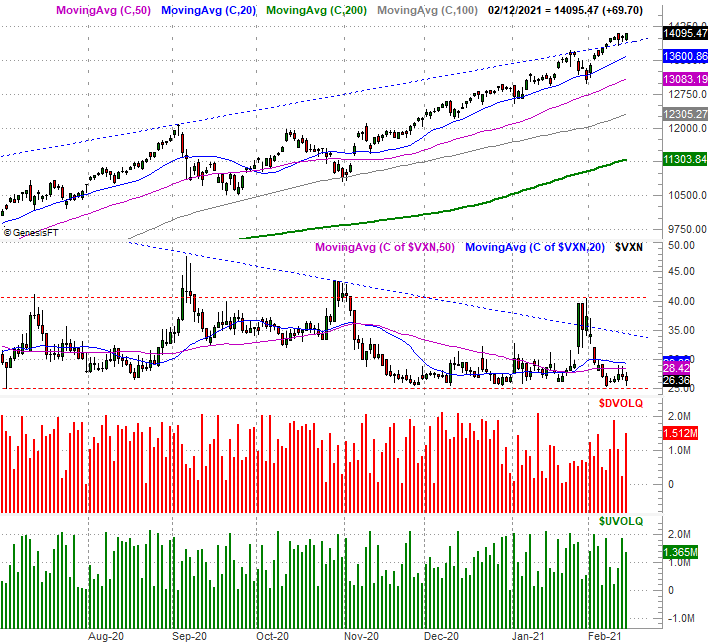 There's a problem...at least with the inference. The volatility indices aren't inching higher, as they hinted they might a couple of weeks ago when they fell back to established technical floors. Rather, both the VIX and the VXN fell back a little on Friday, suggesting traders -- for the time being anyway -- aren't doubting this rally has room and reason to keep running. 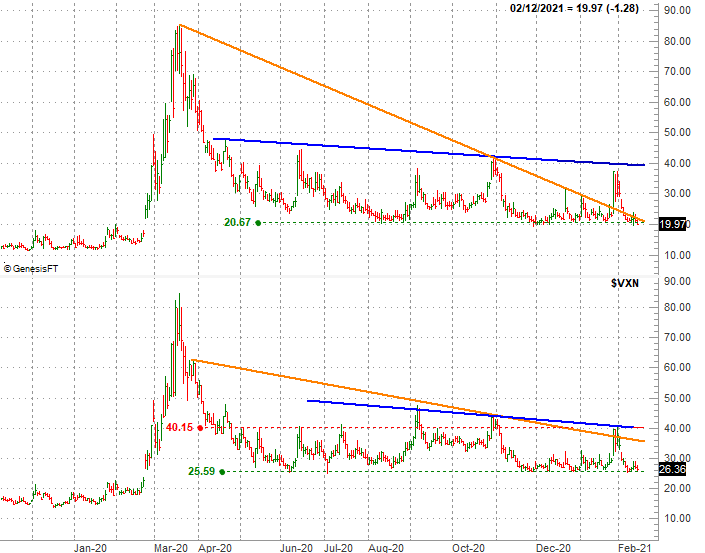 There's a problem with this problem, however. That is, with the volatility indices this low, the prospect of a sharp reversal (think of it as a coiled spring ready to be released) is ever-present. The fact that the S&P 500 is now 15.6% above its 200-day moving average line (green) only bolsters the potential for, and potential size of, a pullback. That's an unusually large divergence... the biggest is many years, in fact. The market just needs a catalyst...the right catalyst. There's the rub.

For now the marching orders are the same as last week's. The rally is still alive, and we should respect the momentum. In fact, there's room a pullback without necessarily breaking the bigger-picture advance. We clearly know the 50-day moving average line -- currently at 3770 -- is a technical floor. The S&P 500 would have to move under that line to threaten the long-term rally. Likewise, the VIX and VXN would (still) have to push above their recent technical ceilings to really say the market's tide has finally turned in a bearish direction. That's going to happen sometime, but not necessarily right now.