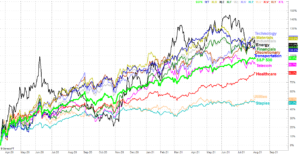 The things we've been complaining about for a while now? We're still going to complain about them now. Namely, the rally remains unhealthily imbalanced. We're starting to see some sector rotation effort, however, that just might tip things over and finally bring about a long overdue corrective move.

First things first. The graphic below will be a relatively familiar one to regular BigTrends readers. It's a performance comparison of all the key sectors going all the way back to the market low made in March of 2020. Materials, energy, transportation, and technology stocks led most of the way, even if the strength in materials and energy names was rooted in their severe underperformance leading up to and through that plunge.

As the chart's starting to show, however, we're seeing some clear changes. Energy and transportation stocks are getting destroyed, and while materials and tech names are holding up – technology is even rallying – there's a proverbial fly in the ointment. [Put a pin in that idea, ’cause we’re going to come back to it in a moment.] Take a look. 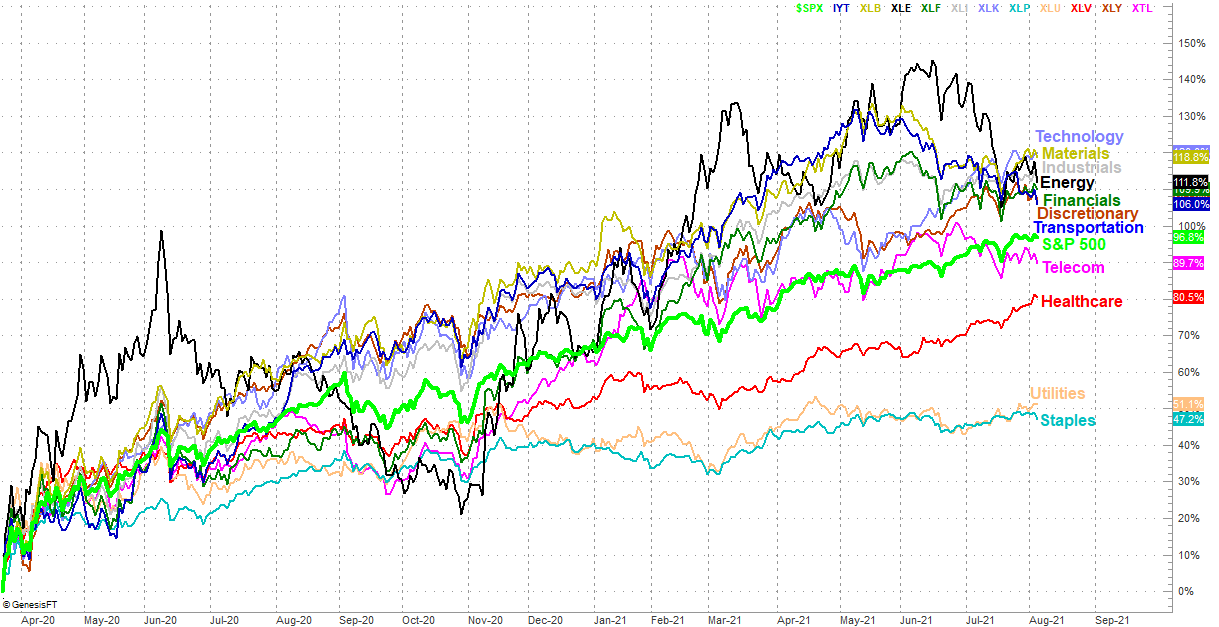 Not only are a couple of the market's key leading sectors now in pullback mode, at least one area is waking up out of a funk. That's healthcare, being led evenly by all healthcare industries. It's a defensive move, suggesting traders are positioning defensively for a marketwide correction they may well help create. But, the other defensive sectors of utilities and consumer staples should also be moving similarly. They're not. So, maybe investors aren't being defensive minded after all.

We mentioned above to put a pin in the topic of technology stocks, as there's a fly in that ointment. Here's the fly — the only style/cap segment actually making forward progress right now is large cap growth. Everything else (literally) has lost ground since the early June peak. 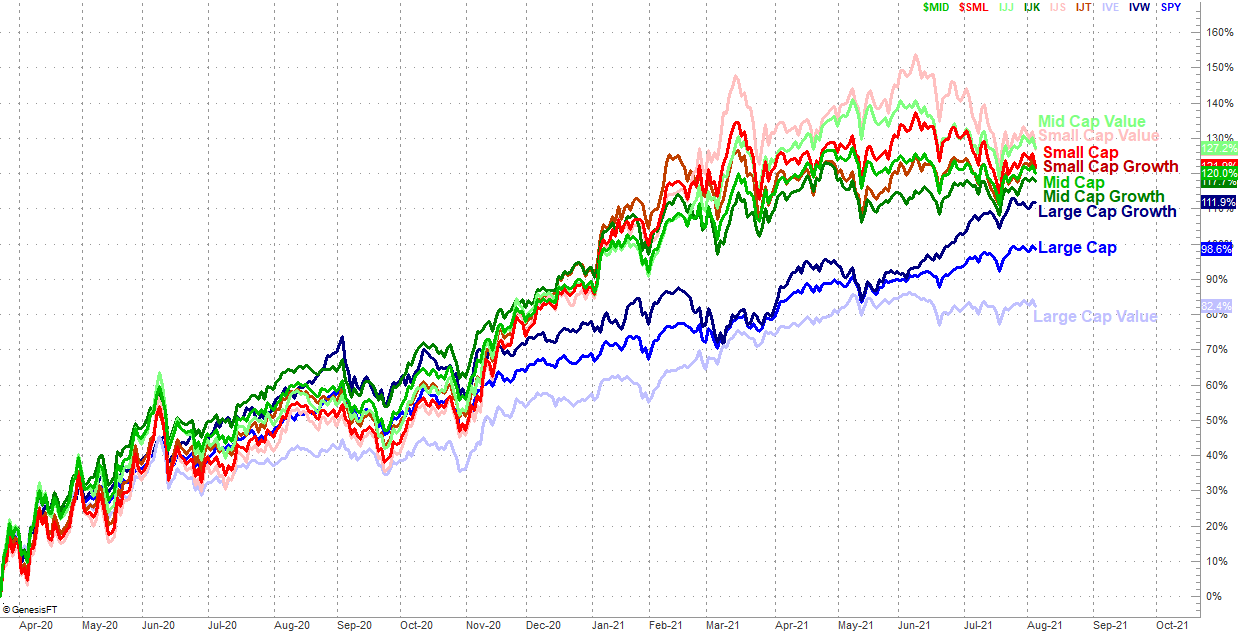 In one regard this makes sense. Traders are swapping out one group for another. We typically don't see this shift to such an extreme, where everything loses ground to just one segment. But, it's not out of the realm of possibility.

It also makes sense given what we're seeing within the sector comparison. Most major technology stocks are also large cap growth stocks; biotech stocks round out the rest of the style/cap growth group.

Nevertheless, a rally that's got legs should be at least a bit better balanced than this one is, in terms of style/cap as well as sectors. Too many of the market's leading sectors are now pulling back, suggesting at least some traders are indeed anticipating weakness ahead… even if they don't know they're thinking it.

We'll just have to wait and see how this all plays out before assuming anything; we've seen hints of this rotation before never really go anywhere. We still have to keep tabs on the matter though, as we know that sooner or later things are going to get shaken up in a way that actually drags the broad market meaningfully lower.