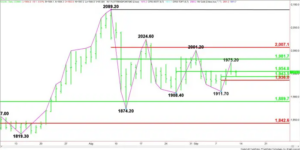 – The direction of the December Comex gold futures contract on Friday is likely to be determined by trader reaction to $1954.80 –

Gold futures are trading lower on Friday as safe haven demand continued to support the U.S. Dollar Index as traders took precautions ahead of the weekend due to heightened volatility in the U.S. stock market. Traders were also expressing disappointment after the European Central Bank (ECB) stopped short of offering any concrete signals on further stimulus. Nonetheless, lingering economic uncertainties kept the metal on track for a weekly gain.

Essentially, gold speculators were anticipating strong ECB comments on the Euro's strength and hoping for the announcement of more stimulus measures, but policymakers kept quiet. Investors will now shift their focus on the U.S. inflation data due at 12:30 GMT for further clarity on global economic recovery. Traders also seem to be curtailing interest in gold ahead of next week's two-week U.S. Federal Reserve monetary policy meeting. 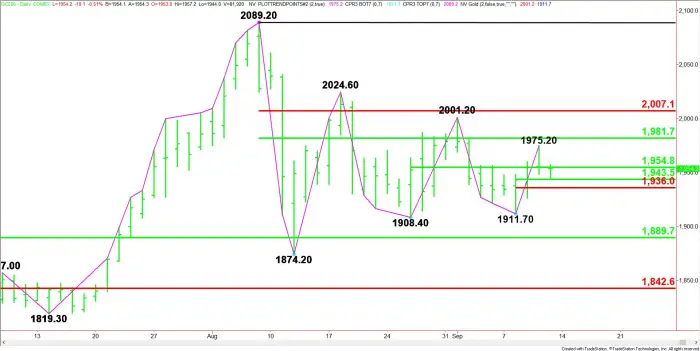 The main trend is up according to the daily swing chart. A trade through $2001.20 will signal a resumption of the uptrend. The main trend will change to down on a move through $1911.70.

Based on the early price action,