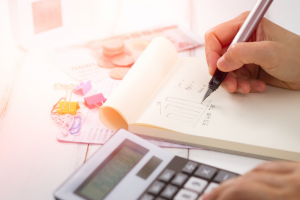 Most option traders understand the concept of delta and theta. Delta is, of course, how responsive an option’s price is to changes in the price of the underlying instrument, while theta is the rate of deterioration of an option’s value due to the passage of time. That makes sense… the greater the time left before an expiration, the more speculative value an option offers.

Many option traders don’t concern themselves with gamma, however.

It’s not the end of the world if you don’t. It is what it is, and it’s certainly possible to suffer ‘analysis paralysis,’ where one fails to trade at all because they never stop searching for that perfect profile of the so-called Greeks. [Spoiler alert: That perfection doesn’t exist.] The application of theta and delta is good enough to get the job done.

Nevertheless, gamma is an idea everyone might want to add to their repertoire, even if only to appreciate that it exists. That’s because an option’s delta can be dramatically impacted by gamma.

The Q&D explanation: An option's gamma is a measure of the rate of change of its delta. Specifically, gamma — expressed as a percentage — indicates the change of delta in response to a one point change in the underlying stock’s price.

Clear as mud? As always, an example will help illustrate the idea and its application.

Let’s look back a month and explore the options for Cisco (CSCO) around the time it was going through its pre and post-earnings turbulence. This of course is one of the market’s more notable tech names, and as such is more volatile than average. But, that suits our purposes just fine – the volatility exaggerates all the Greeks a bit, making it easier for us to analyze their numerical changes.

As of August 12th, while CSCO shares were priced at $51.47, the 51 puts that would be expiring at the end of that week were trading at $1.19 per contract. At the time those puts had no actual intrinsic value, since share were trading about the strike price. But, traders were still willing to pay $1.19 for the put contracts on the chance that Cisco stock would be sent below $51 per share by earnings news due later that week.

Pay particularly close attention to the fact that the delta on those 51 puts was -43 cents (a drop in the stock’s price would have pushed the put’s value higher), while the gamma for that option was 0.11, or 11%…. of that $1.00. That simply meant that for every $1 increase or decrease in CSCO’s price, that delta for the 51 puts would rise or fall by 11 cents. (To be clear, gamma is a measure of the change of that one-point span for delta, and NOT a percentage change of the delta value itself. In this case, if Cisco were to fall one-point, 11 cents worth of delta would be added to that -43 cents.)

Now let’s put it to the test using some calls from a different set of days. Namely, let’s compare how the delta on the August 16th 51 calls changed between August 13th when Cisco stock was trading at $52.63, and what it looked like on August 14th after CSCO stock had fallen $2.02 to a value of $50.61. 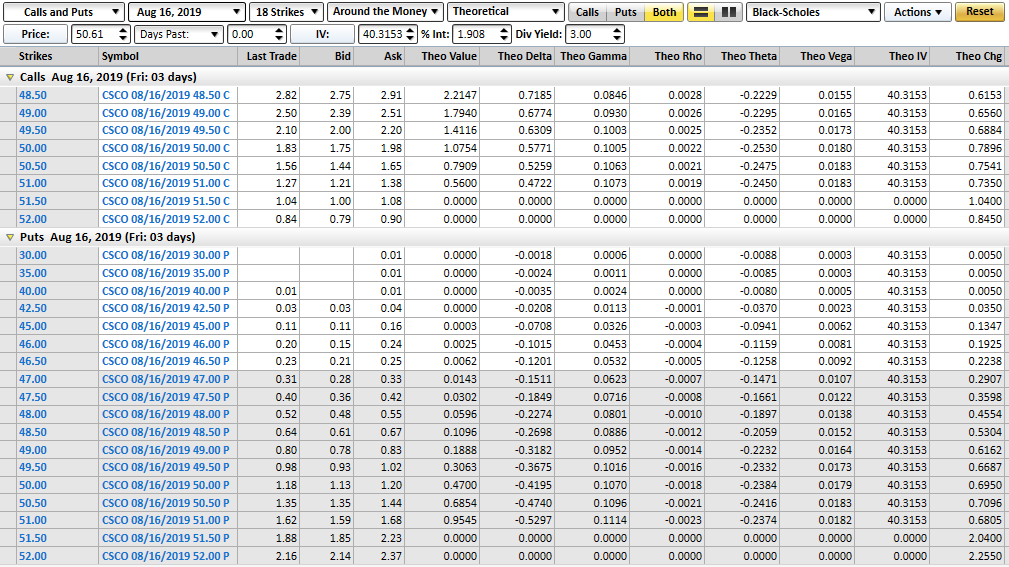 In short, it works. Indeed, it works amazingly well whether the environment is bullish or bearish for the underlying instruments, and whether you’re talking about calls or puts. In the examples above we only looked at the options that lost value due to adverse movement in the underlying, but we could have done the same and found the same precise levels of changes for any and all of the options.

While gamma ‘works,’ the $64,000 question is, so what? What can the average trader practically do with it?

For most position traders that just buy and then sell puts or calls on hopes for price appreciation, there’s not a ton of practical application … other than knowing the delta you see today isn’t necessarily the delta you’ll see tomorrow. It’s always changing. Gamma will help you figure out how much it might change, which is helpful in determining reasonable price targets. Still, it’s hardly a must-have.

For spread traders that want to capitalize on the upside of time decay (that is, using theta to your advantage), gamma can help. For instance, a multi-legged trade that includes calls as well as puts would ideally be a ‘gamma-delta’ neutral position that sidesteps the impact of price changes in the underlying instrument. These strategies generally employ an approach called a ‘ratio spread’ which, rather than including equal numbers of calls and puts, is made up of an equal AMOUNT of put gamma and call gamma.

These strategies aren’t particularly practical for small traders though, and tend to be low-margin prospects. They’re better suited for institutions that may enjoy better prices and can secure large positions in one single trade. They’re more akin to arbitrage than an outright bullish or bearish position.

Even then, don’t get bogged down by gamma. For nearly everyone, just knowing that delta isn’t consistent is about all you’ll be able to effectively apply in a real-world setting.